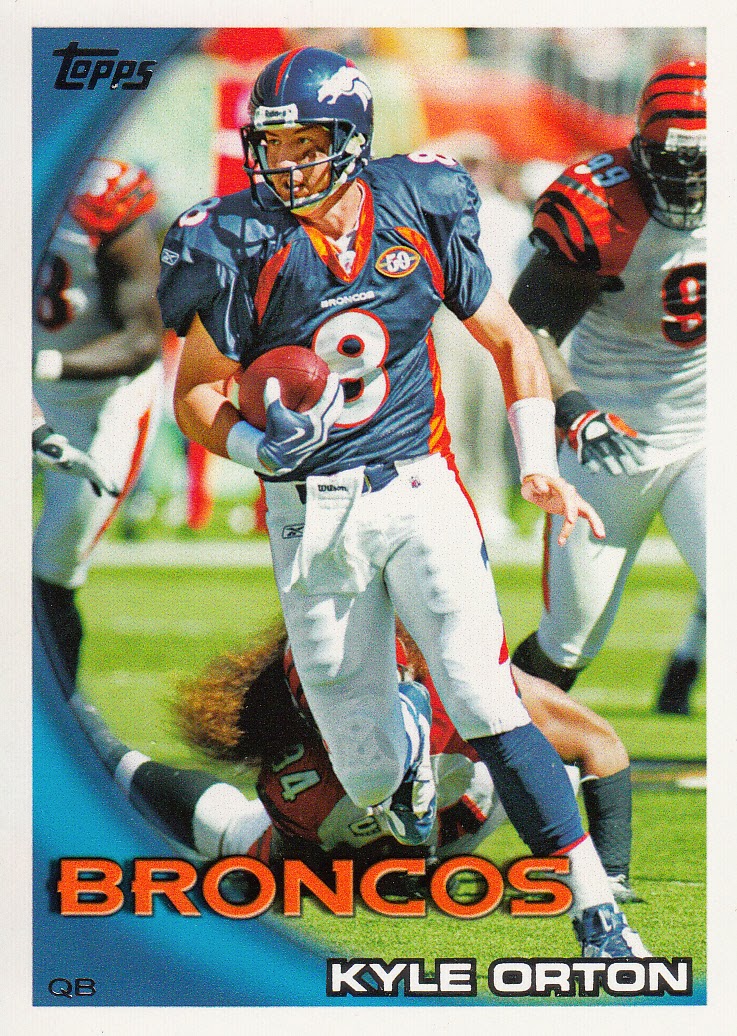 So, then, what's with the Broncos card?  Well, in case you missed it, Bills head coach Doug Marrone finally decided to pull the plug on struggling second-year starter EJ Manuel and insert veteran Kyle Orton at the quarterback position.  Orton, a former Bear, Bronco and Cowboy, signed a two-year contract with Buffalo in late August after severing ties with Dallas and contemplating retirement.

A veteran of eight seasons, Orton has started 70 career games and split them evenly among wins and losses. His last game action was Week 17 of last season; a start in place of the injured Tony Romo as the Cowboys hosted the Eagles in a defacto NFC East championship game.  Orton acquitted himself rather well, completing 30 of 46 passes for 358 yards and two touchdowns, though the Eagles came away with the win in the Jerry Dome. 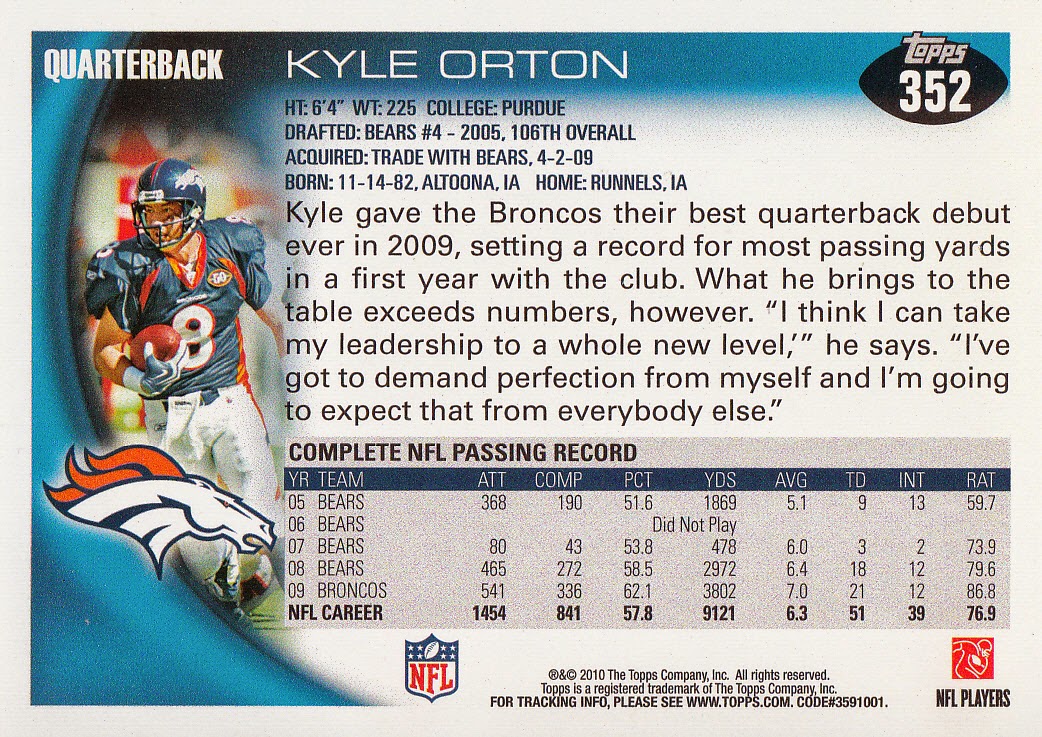 I support Marrone's decision to sit Manuel and play Orton, as the last two weeks produced some of the poorest quarterbacking I can recall in some time.  And that's saying a lot when you consider some of the ragged arms that have played QB in Buffalo over the past 12 or so years.

Beyond the quarterback position, the Bills actually have a pretty talented team featuring fine depth at running back and wide receiver.  Defensively, Buffalo is a top-10 unit which has thrived under new coordinator Jim Schwartz--formerly the head coach of today's opponent.

Furthermore, the AFC East seems to be a wide open proposition for the first time in over a decade with Brady's Patriots appearing to be in decline while the Jets and Fish are predictably suspect.

If the Bills can even get modest production out of Orton, they could conceivably fashion a winning season and sneak away with their first division crown since 1995.  As far-fetched and semi-ridiculous as that sounds, it is nonetheless reality, thus making Marrone's actions nothing short of necessary.  The NFL is a win-now league, and if you even think you have a shot, you ought to be gunning for it with all your might.

As for today, it's a tough situation for Orton to step into, as the Lions boast a top-notch defense highlighted by a sinister amount of talent on the defensive line.  But, in my opinion, it's better for Orton to cut his teeth this week against a non-conference opponent rather than the Patriots the following week.  After all, the New England game is a thousand times more important than today's contest.

One fast fact to pass along which will have absolutely no bearing on today's game:  Kyle Orton is 4-0 as a starter vs. Detroit for his career.

Detroit is a seven-point favorite today.