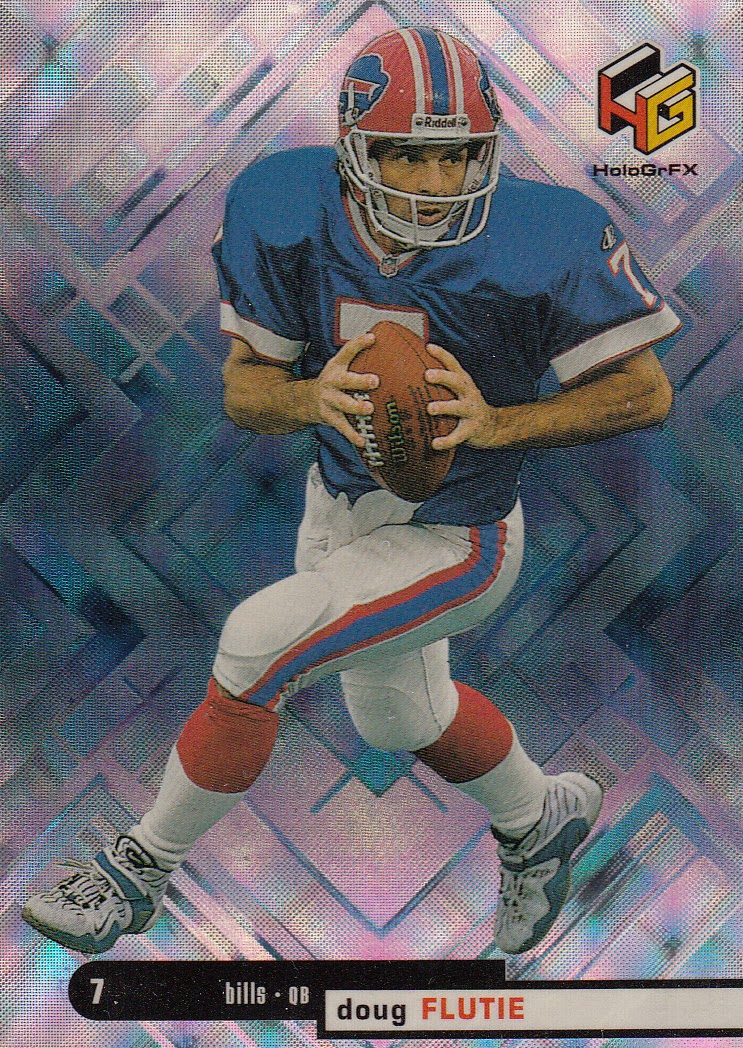 Today, the Buffalo Bills (3-2) and New England Patriots (3-2) square off in Orchard Park, N.Y. with first place in the AFC East on the line.

I could rattle off a bunch of depressing statistics and trends which would paint a very one-sided and (for Bills fans) nightmarish picture of the Bills-Patriots series over the past 15 seasons.  But, I'd rather go into today's game with a positive frame of mind.  After all, the sale of the Bills from the Wilson family to Terry and Kim Pegula officially was ratified this past Wednesday, so it kind of feels like a clean slate of sorts.

Both teams are coming off wins last Sunday, albeit in very different fashions.  Buffalo overcame a 14-point hole and got a 58-yard field goal from Dan Carpenter with four seconds remaining to scratch out a 17-14 win in Detroit.  The Patriots, meanwhile, dispelled any rumors of their demise with a very convincing rout of the Bengals in front of a primetime national television audience.

Kyle Orton will make his Ralph Wilson Stadium debut at quarterback for the Bills.  The veteran signal caller eclipsed the 300-yard passing mark and threw a TD pass last week against the Lions.  It was Orton's first appearance and first start as a Buffalo Bill, as head coach Doug Marrone gave the Purdue product the nod over struggling sophomore E.J. Manuel.

If Buffalo hopes to emerge victorious today, they'll likely have to ride their stingy defense, which presently ranks fourth in the NFL in points allowed (17.8 ppg), second in rushing defense (71.0 ypg), and first in quarterback sacks (17.0). 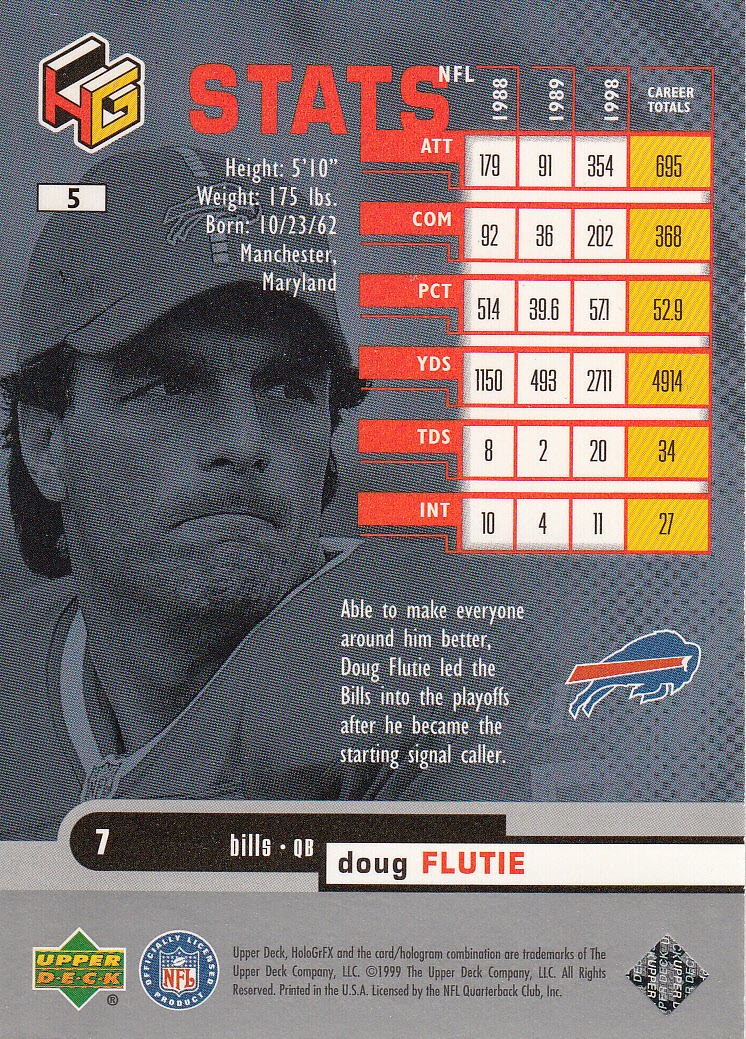 As for today's card, I was in a Flutie type of mood.  He was the quarterback the last time Buffalo made the playoffs (Rob Johnson be damned!) plus I was enjoying his sidelines analysis during yesterday's Notre Dame broadcast on NBC.  Oh, and he is also one of two Bills quarterbacks (along with Drew Bledsoe) to have played for both the Bills and Patriots during their careers.

The Bills are 2.5-point home underdogs today.  Kickoff from The Ralph is 1 p.m.