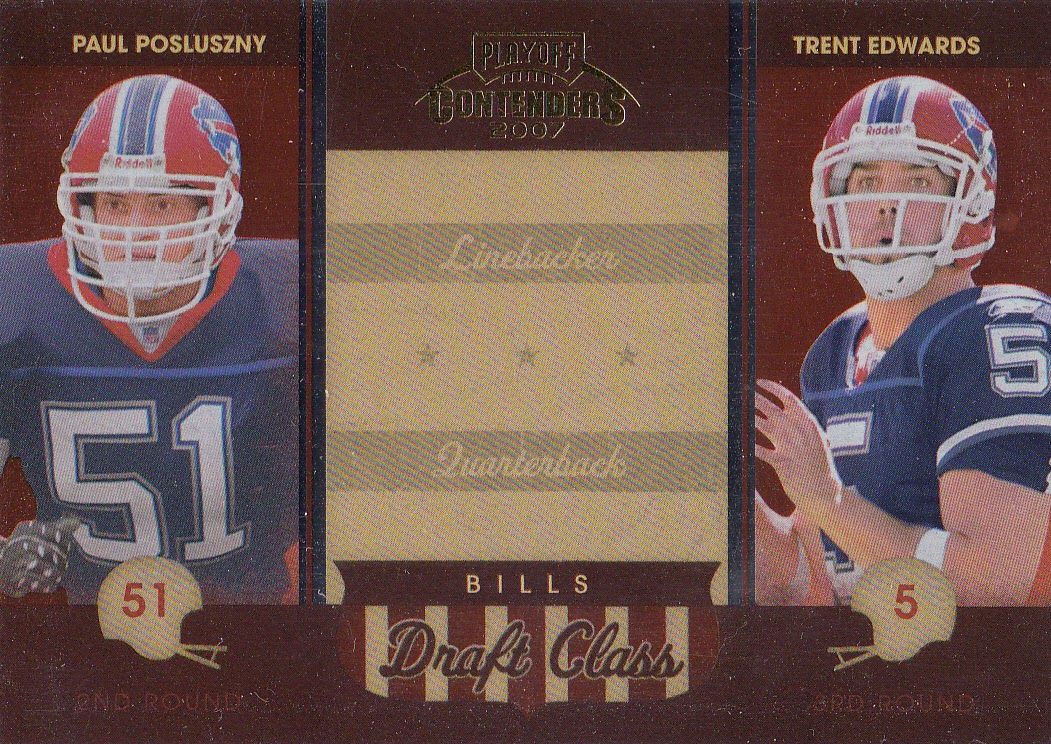 The Buffalo Bills (4-3) look to head into their by week with a winning record as they head to New Jersey to take on the New York Jets (1-6) at 1 p.m. this afternoon.

The Bills eked out a thrilling last-second victory over the Minnesota Vikings last Sunday, needing a Kyle Orton-to-Sammy Watkins 2-yard touchdown pass to pull off a 17-16 win in Orchard Park.

The Jets, meanwhile, lost on a blocked field goal attempt in Foxborough last Thursday.  New York's Nick Folk had his 58-yard attempt blocked as time expired, granting the Patriots a 27-25 win and handing the Jets a sixth straight defeat.  New York's lone victory of the season came on opening day versus Oakland.

The Jets lost last week despite clicking off 218 net rushing yards and out-gaining New England by 100 total yards.  It follows the narrative that New York's record isn't very telling of their efforts for the most part this season.  The Jets' last-place standing is somewhat ely a byproduct of their schedule, which has featured the quarterbacking likes of Rodgers, Cutler, Stafford, Rivers, Manning and Brady so far.

So today would seem to be a breather-type of game for the Jets, and Vegas largely agrees by listing the home team as 3-point favorites over the Bills. 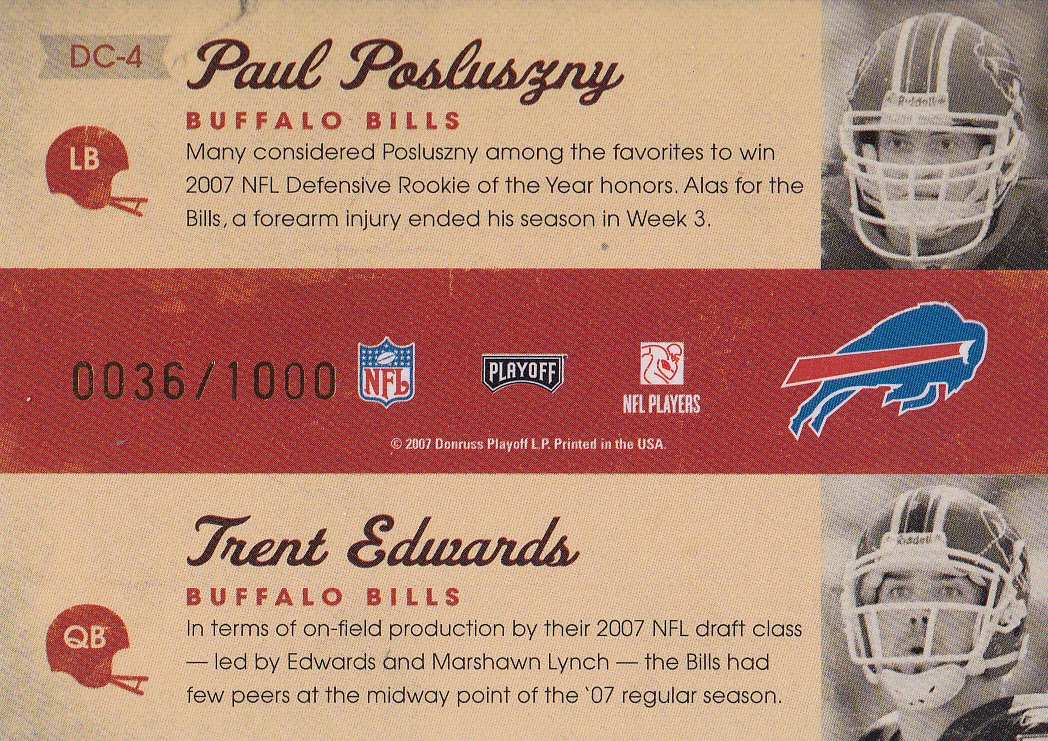 Buffalo has not registered a victory in the new Meadowlands stadium since its opening in 2010 and are just 3-9 against New York overall since the beginning of the 2008 season.  The last Bills victory in New Jersey occurred in October of 2009, when the defense intercepted Mark Sanchez five times and kicker Rian Lindell booted a 47-yard field goal in overtime.

In regards to today's featured football card, Buffalo's quarterback for that last Meadowlands victory was Trent Edwards, while linebacker Paul Posluszny was one of five Buffalo players with an interception.

The Bills and Jets split last season's contests, with each team winning on its home field.

I don't have the best feeling about this game.  The Jets have come close to that elusive second victory on numerous occasions and are overdue to claim it.  Plus, I think it comes down to coaching preparation and on-the-fly gameplanning.  Rex Ryan has figured out the Bills quite well since his New York coaching tenure began in 2009.  The Bills staff, meanwhile, has more often than not been left grasping at straws.

I would be pleasantly surprised with a win today, and would be thrilled to sit on a 5-3 record through the bye week.