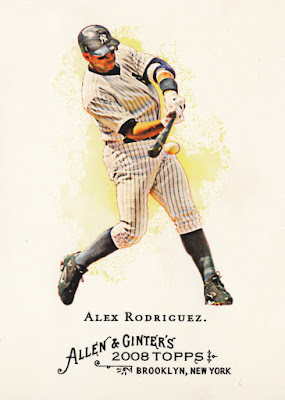 I recently received a random delivery of cards from Oscar (aka Stealing Home) of the friendly Dodgers outpost you know as All Trade Bait, All the Time.  What did I do to deserve cards out of the blue?  Nothing that I can recall, but it seems ATBATT has been blanketing the four corners of the country with PWEs of late and I was lucky enough to be in one of those corners.

As Grandma used to say, "Don't look a gift horse in the mouth!"

I'm glad that people consider me a safe haven for A-Rod cards.  I don't collect him as enthusiastically as I once did, but I'm never disappointed to get a new card or two of his.  Plus, player collecting is cyclical.  One moment you're hot to trot for one player's cards and then you cool off when there's a new kid on the block. Nonetheless, I always try to snag a new A-Rod card or two whenever I'm at a show.

Oh, and Alex is doing quite well this year, too, might I add.  Just in case you weren't paying attention. 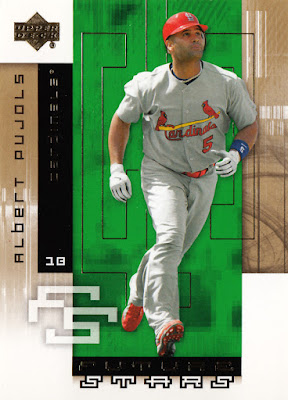 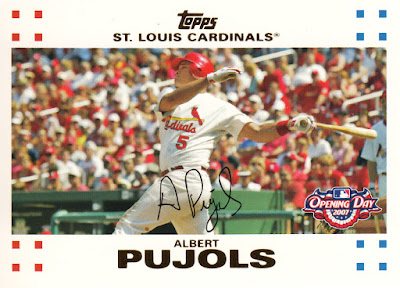 Kinda the same deal with Prince Albert.  I'm not as gaga for his cards as I was, say, five years ago, but that doesn't mean I still don't want to grab 'em up when the chance arrives. 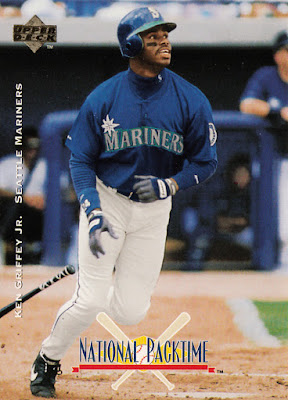 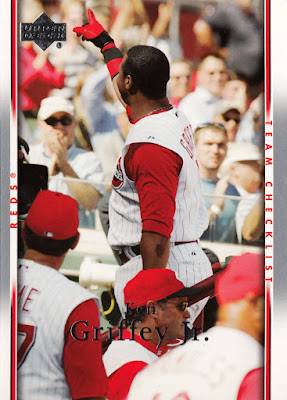 And, I guess we can complete the hat trick with ol' Junior.  While the flame may have died down a bit, the fire will never burn out.  I'll always love collecting cards of Griffey, just like with Pujols and Alex. 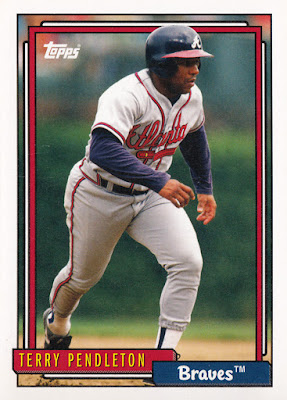 And one final arbitrary offering is this Terry Pendleton SP form 2012 Archives.  Any and all Archives short prints are A-OK with me.  It's not on my agenda to attempt to gather them all, but I'm pleased to come across any orphans like this one.  On top of that, it helped me complete a page of Archives SPs in my 2012 binder.  A living triumph for my OCD!

Oscar, thanks for thinking of me, my good man!  I think I may have a couple of lonely Dodger cards that could use a good home...