Thirteen on the Horizon: Cards from Marcus 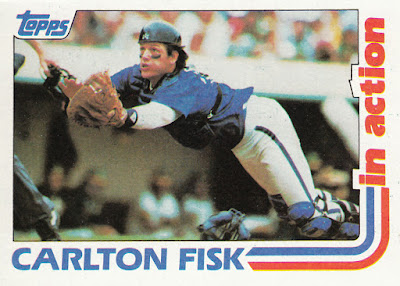 I recently received a fat envelope of assorted cardboard treasures from my good buddy Marcus of Backstop Cards.  It was lotsa horizontal cards with a couple Mets mixed in.  Sounds like a good recipe to me!

Thirteen of the bunch have been enshrined in the Horizontal Heroes frankenset.  There were others that were pretty awesome, too--like the above '82 In Action Fisk--but those will be ushered into my player collection box instead.

Let's take a look at the baker's dozen who made the cut for HH induction...


There were lots of these type of celebration shots in Topps' 2012 flagship set.


As far as cards from 1992 go, this is pretty darn iconic.  This one plus Cal Jr.'s card from the same set are in the must-own category of the era.


In reality, it's a checklist, but for the time being this Abreu makes the cut since No. 100 was somehow vacant on my checklist.


Quite a few White Sox were included in this mailing and a hearty portion of them made the list, as you'll see. I love the photo on this one.


Some great airborn action from the former Pirates prospect.


Another representative from the Pale Hose.


Now that's more like it.  I expect some Padre love whenever I get a package from Marcus.


Ozzie, about to make another slick play in the field.


The first 'Augie' to make it into the HH frankenset.  That's one more Augie than I ever imagined!


More and more 2006 is nudging its way towards the top of my list of favorite UD base sets of all time.  It's easily top-five at this point.


The Brew Crew in blue (with throwbacks, too)!


Fittingly, we close the list of new HH inductees witih a ChiSox player.  I've always been confused by this photo, chiefly because it screws with my depth perception, like, big time.  It looks like Beckham is about 20 feet in front of Kyle Seager who is sliding into second base.  But, from which direction is he sliding?  Beckham is a third baseman, no?  Was Beckham photoshopped into the frame or maybe he's part of a rundown?  Maybe it's just me, but I'm lost on this one!

Here's an updated look at my progress on the 660-card Horizontal Heroes project.

Okay, and now a few horizontal cards that are en route to my player collections.

First, a triple play (or sorts) from Rickey... 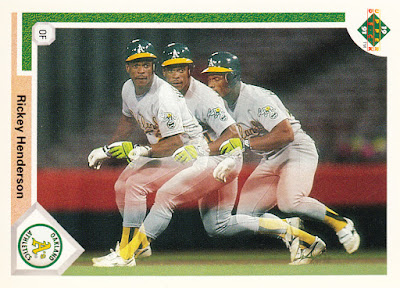 This is a classic!!  One of Henderson's best ever. 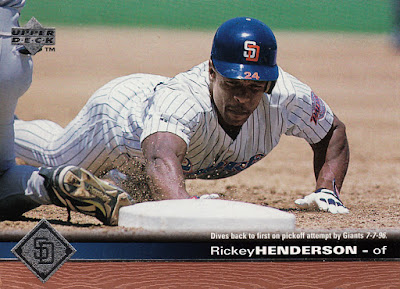 Rickey sure did play on a lot of teams during his 25-year career.  After Oakland (14) and New York (5), the base stealing maestro spent the most amount of time in San Diego (3 years). 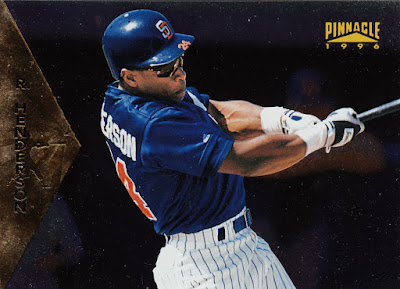 And a foil-y Pinnacle Rickey completes the hat trick of Hendersons.  Not too shabby! 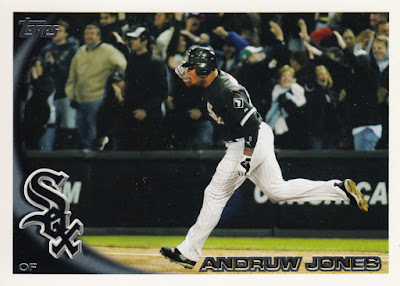 One of the best action shots from 2010 Topps Update, a series that was chock-full of amazing photography. 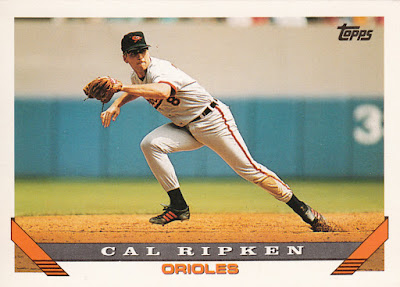 Did you know Ripken was featured on a horizontal base card each year from 1992 through 1995?

And, to top it off, a pair of new Mets cards for the ol' collection... 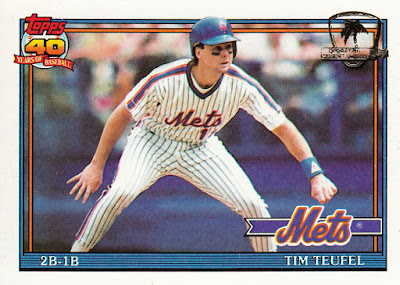 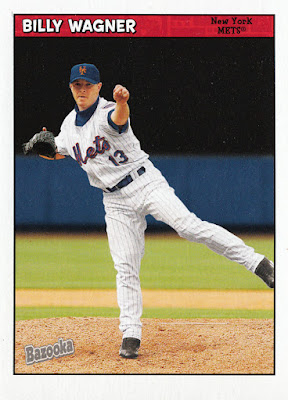 And Billy Wagner to close things out--a role he was quite used to during his 16-year career.

As always, thanks for hooking me up with some good stuff, Marcus!