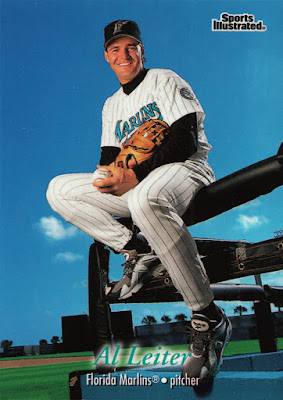 Maybe it's just me, but this year's edition of spring training flew by like a bullet train!

The Mets open the defense of their 2015 NL pennant in Kansas City on Sunday night.  What are the chances, right?  A World Series rematch on the first day of the season?  What is this, the NFL or something!?

In honor of the day, I thought I oughta toss up some cards.  These are scans of recent additions to the ol' collection, all of which came from dime boxes at a show from a couple months ago.  (Yes, I am a tad behind in scanning and posting.)

In the lead-off spot is a card that so reminds me of the dawn of a new season.  No doubt this is a spring training photograph of Al Leiter back when he was helping the Fish win their world's championship.  The card itself is a great composition:  blue sky, bleachers, a line of palm trees behind the distant outfield wall, and a bright, white uniform matched only by Al's bright, white smile filled with hope of a new season. 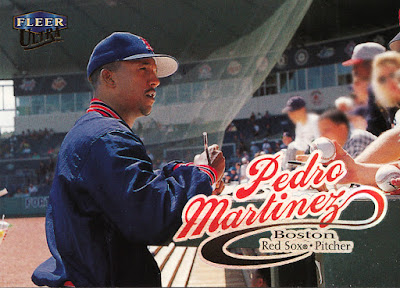 Fleer Ultra provides us with another dandy spring training scene.  What's more 'baseball' or 'Americana' than fans clamoring for autographs before a game?  Pedro, ever the gregarious fellow, is more than happy to oblige. 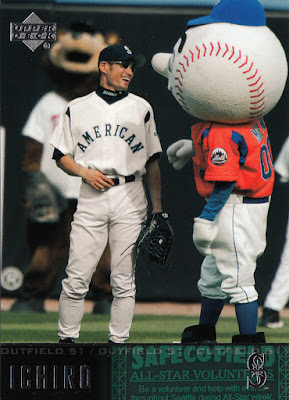 We're miles and miles away from the Midsummer's Classic, but this is a card too fun to bury til then.  I had to resist the urge to put this card among my Mets collection.  Is that the Twins mascot lurking in the background? 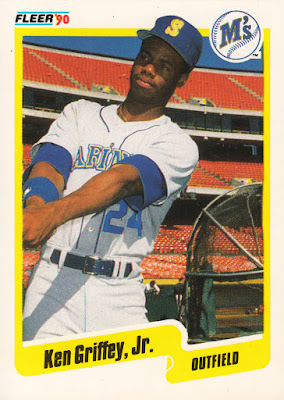 Earlier this week I posed Junior's 1990 OPC card, which is a real gem.  This one, also from 1990, isn't too far behind.  I'm not sure it's love, but I really like '90 Fleer.  I'm thinking I'll just bite the bullet and gather a complete set of the stuff someday. 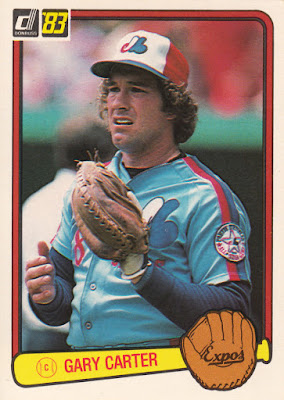 We get a good look at the All-Star patch on Carter's sleeve.  The '82 ASG was hosted in Montreal and Gary, of course, was the starting backstop on the squad.  He was one of three Expos in the starting nine for the NL, joining Andre Dawson and Steve Rogers. 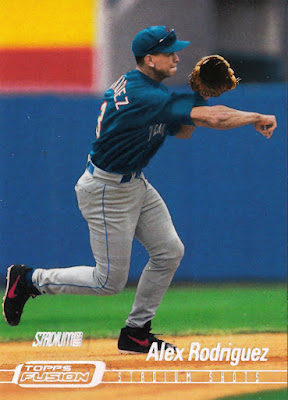 I found A LOT of A-Rod cards at this particular show, but I'll spare you since I know he's not the most beloved. Here's his 2001 Topps Fusion card.  Man, these Fusion cards are tough to come by, at least in my experience. It's just the second card from this product in my collection. 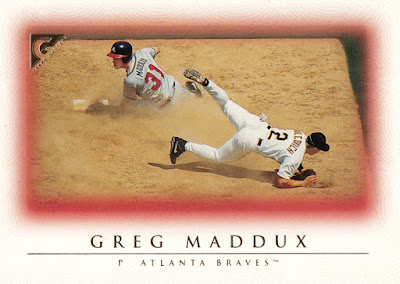 Topps Gallery was a great set for a number of years, but I think I like the '99 set above the rest.  Lots of intense, artistic photos just like this one.  It's not just Greg Maddux on the base paths, but Maddux trying to break up a double play.  Just...perfect! 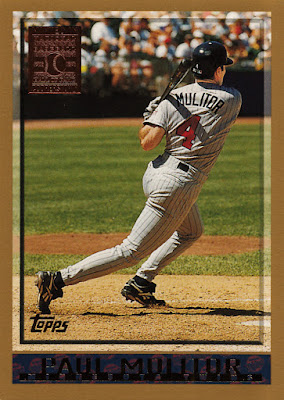 I believe this is the first "Minted in Cooperstown" parallel in my collection.  These cards--from 1998 Topps--were actually printed at the Baseball Hall of Fame.  Not sure how rare these are, but it's pretty neat to grab a Cooperstown parallel of a guy who has since been enshrined there. 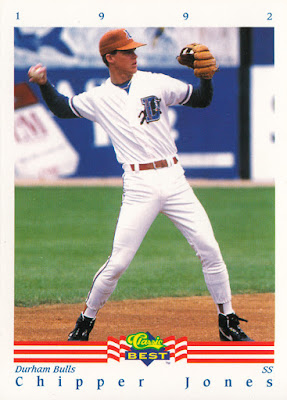 Minor league cards of future HOFers are always a great find.  I love the look of Chipper in the Durham uni. 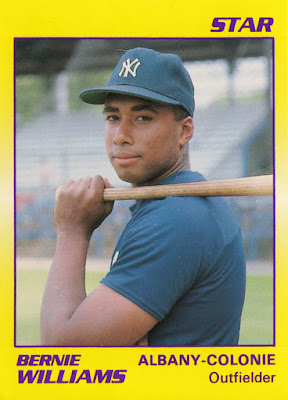 Bernie had two stops at Albany-Colonie, which used to be the Double-A home of the Bombers. 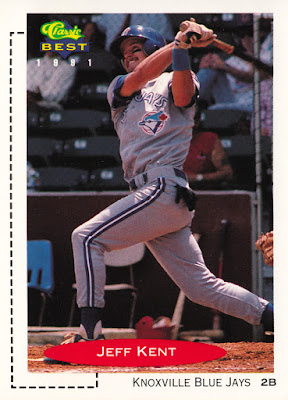 Double-A Knoxville was Jeff Kent's last stop before hitting the majors.  The should-be HOFer slugged 12 homers in 139 games for the Southern League affiliate in '91. 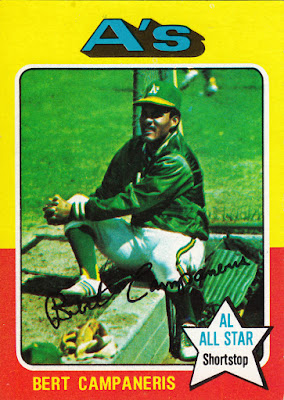 Let's round things out with a pair of sweet vintage pickups.  I wasn't familiar with Campaneris' 1975 Topps card until I found it during this particular dime-box dig.  It's literally one of the best looking cards I've ever seen.  The confluence of colors in the card design; the All-Star star; and Bert's pose all make it so.  It's the jacket, too. 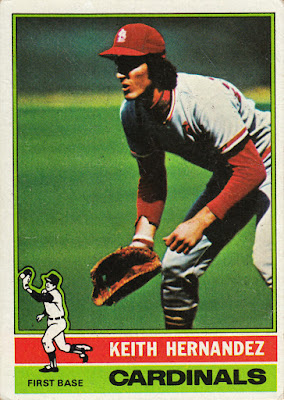 This is the first stand-alone card of Keith Hernandez.  His Topps solo-rookie, if you will.  A pretty iconic card in my universe.  To secure it for a dime was a pretty amazing moment in time!

Oh, yes, I didn't include any Mets in this post.  Good call.  Where are my manners?  I mean, that oughta be some sort of misdemeanor for a Mets fan such as me on Opening Day.

So, here's one for the road: 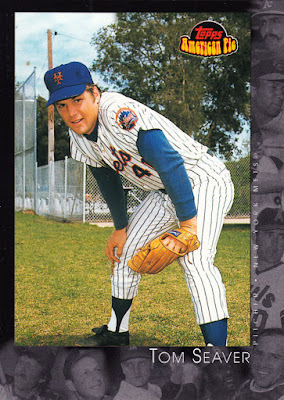 It doesn't get any more "American Pie" than Tom Terrific, does it?