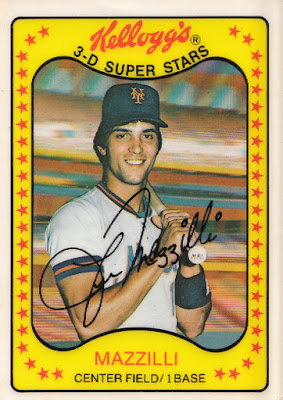 For my 27th Zistle exchange, I struck up a deal with a past trading partner, BucCollector.  He and I combined for what amounted to my second-ever trade via the terrific hobby site about a year ago.  Mets to me, Pirates to him. It's a pretty easy formula to repeat, really.

This time around I got a pretty eclectic assortment of Mets towards my collection, including the awesome Kellogg's card you see above.  Imagine getting one of these bad boys in your cereal box back in 1981?  I was only one at the time, so this was before the cereal-eating and baseball card-collecting phases in my life. 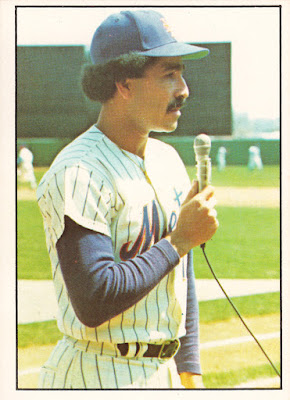 A couple of dandies from mid-'70s SSPC.  I'm not really sure what the occasion is for Felix Millan to have a corded microphone on the field.  Maybe doing an interview?  Addressing the crowd?  Who knows, but it's a fabulous card! 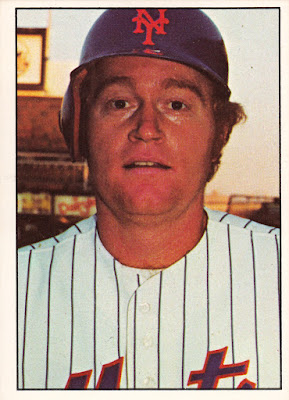 Then you have a rather stunned looking Rusty Staub.  An extreme close-up to be sure, but not too close that you can't catch a glimpse of the famous right-field Shea scoreboard over Rusty's shoulder. 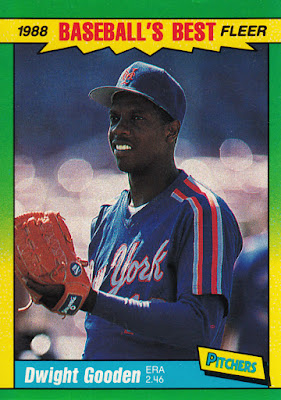 I'll never stop loving those oddball sets from the '80s.  The louder and more colorful, the better.  That's what I say. Fleer used pretty much every color in the rainbow when they designed the cards for these little boxed sets.  A beautiful thing. 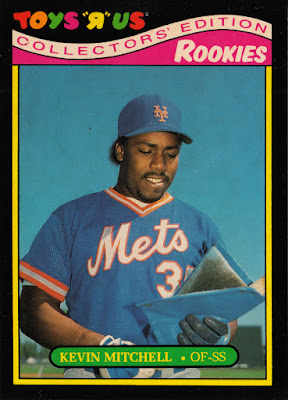 Not to be outdone, Topps had their fair share of these special retail sets, also.  Among my favorites were the "Rookies" sets put out by Toys R Us.  By the way, there aren't enough pine tar action shots on cards these days. 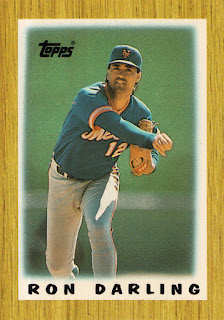 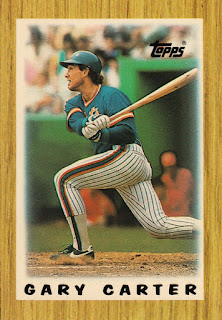 Another late-'80s novelty from Topps were the mini League Leaders sets.  By far, the best and most distinctive of these releases was from '87, which retained the classic wood grain look of the '87 flagship offering. 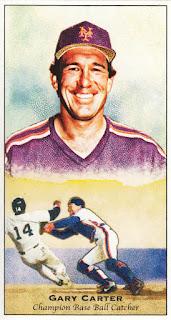 In 2011, Topps offered up these Kimball Champions mini inserts across all three of their series (1, 2, and Update).  They're very nicely done.  Only my second Mets card from this set (the other being Johan Santana). 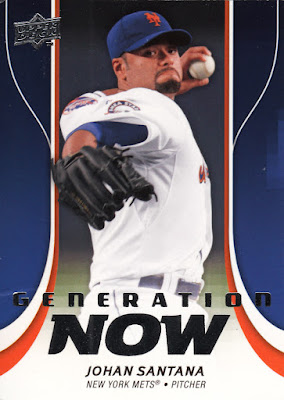 Since I mentioned his name, here's Johan again.  Still the only man in Mets history to toss a no-hitter.  This card, by the way, is a "Generation Now" insert from 2009 Upper Deck.. 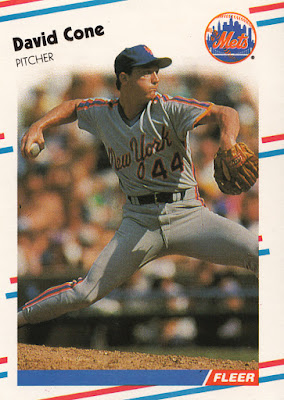 In 1988, David Cone finished second in the NL in wins (20) and strikeouts (213) and led the circuit with a winning percentage of .870.  Most years that's the stuff of Cy Young awards, however he finished behind Orel Hershiser and Danny Jackson in voting that year. 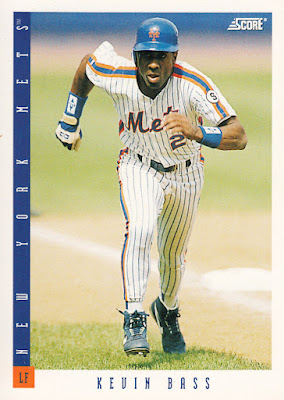 In 1993, I got a retail box of '93 Score football for Christmas, thus I had a boatload of the stuff as a young collector.  For some reason, though, I never bought a single pack of '93 Score baseball.  As a matter of fact, I can't even recall seeing a pack of it in stores. 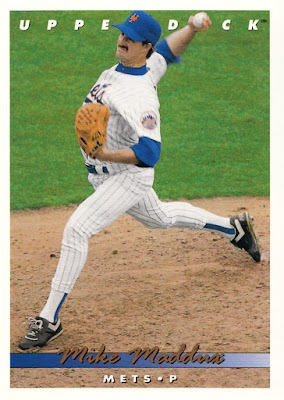 Not exactly finishing with a bang here, but it is what it is.  With the addition of the lesser Maddux brother, I'm now down to needing just two more cards to top off the '93 UD Mets team set.  Charlie O'Brien and Ryan Thompson, I'm gonna hunt youse guys down if it's the last thing I do!