An Update on Update: Buybacks Ahoy! 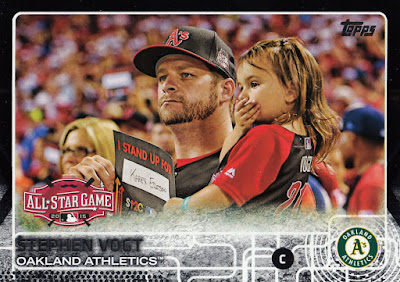 I'm still making my way through all my Christmas loot, so pardon me for lagging a bit with the posts!

Along with the Topps factory set, another baseball card item I put on my North Pole list is a hobby box of Update.  This is always a high-anticipated release for numerous reasons.  The rookie cards are a great place to start, obviously.  But, if you're a team collector, you look forward to those players who didn't get a nod in the flagship set.  Maybe you're excited to get to your favorite player(s) on their All-Star card?  Maybe? (Well, it used to mean something, right?)

I won't jog you through any of the base cards or common inserts and such, since it's several months after the stuff hit the streets and many of the fine blogs around the 'net did a good job of executing that task already.

However, I did want to share some of the odds and ends that I received, like the black parallel of Stephen Vogt you see in the lead-off spot.  It's a pretty nice horizontal card featuring a daddy-daughter moment at last July's All-Star festivities in Cincy.  More than that, Vogt is holding a Stand Up 2 Cancer placard with the name of a friend or family member scrawled on it.  I can't say I've ever seen a poignant moment like this captured on a sports card before.  Pretty neat.

There was also the requisite auto or relic card, which appear one per box... 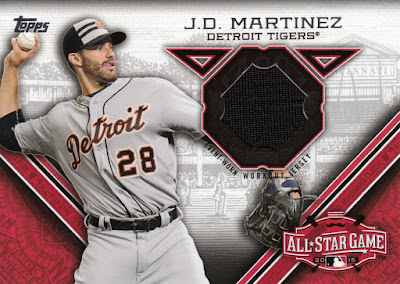 Unless you're going to get a crazy good auto or a relic of a player on your favorite team, there is little allure for things like this.  Not an inspired design and certainly not a player to get excited for.  Pat from Hot Corner Cards will be receiving this in the near future.

One neat thing about my hobby box in particular was the unusual number of stamped buybacks I received. 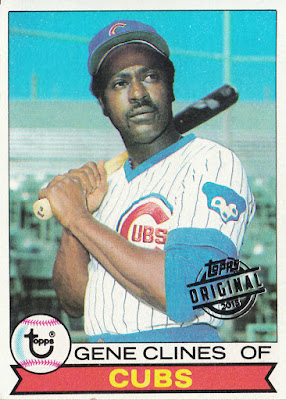 I can't recall the odds off-hand, and I'm too lazy to look, but I'm pretty sure these are supposed to fall in the neighborhood of one per eight or 11 packs or something like that. 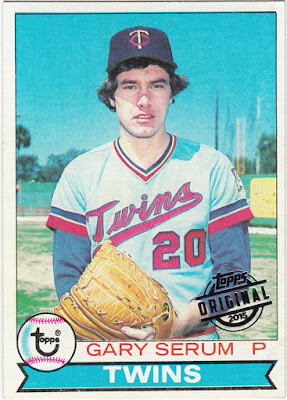 And, in a box containing 36 packs, I guess I bested those odds just a bit. 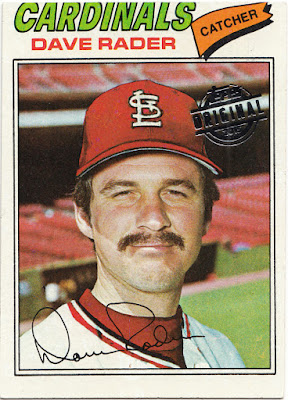 Are you a fan of these stamped vintage cards? 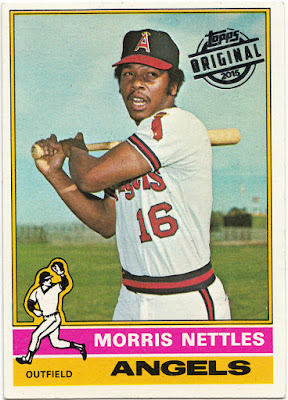 I think they're a bit silly, personally.  Why feel the need to stamp them?  Just insert the archival card in a pack, unstamped, and we'll surely figure out it's an older card. 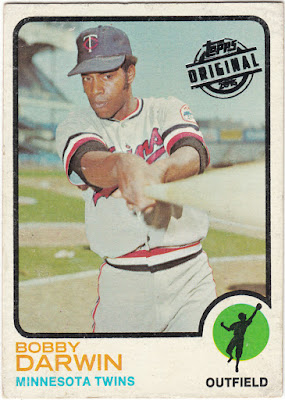 I showed them to Mrs. K and she rather liked the stamp and thought it looked cool.  So, I guess Topps had a lot of like-minded folks in their focus groups.

Of the seven buybacks I received, these next two were of greatest interest. 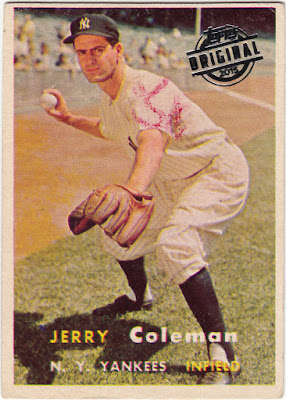 A pretty cool '57 Jerry Coleman!  I think it's safe to state that this is the oldest buyback I've ever unearthed in my pack rips.  It also happens to be a card that I know Marcus of Backstop Cards will enjoy adding to his collection once he's settled into his new digs. 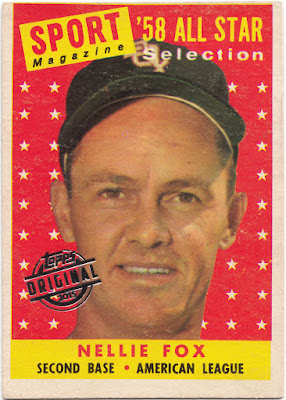 Last of the buybacks is the absolute best!  Stamp or no stamp, a vintage card of a Hall of Famer is always a good takeaway.  This, by the way, was when All-Star cards were legit and All-Star rosters weren't 78 players deep or whatever they are now.

The final nugget I'll share from my box of Update is a specimen I've not come across before in any of the Topps releases. 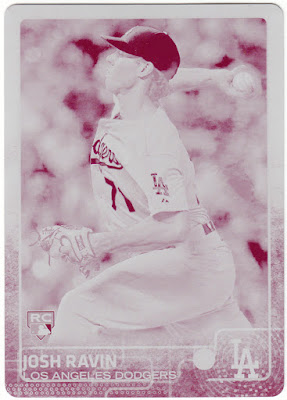 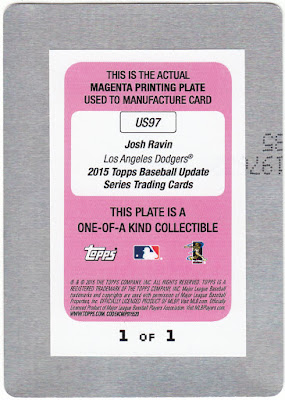 A one-of-a-kind printing plate, even if it's for a Dodger, is quite an extraordinary find.  Not sure if I'll keep this or look to flip it to one of the many Dodgers bloggers around, but at least I can cross if off my bucket list of insert pulls.

As for the rest of the box, it was pretty satisfying and fun.  I always love going through the base cards and piecing together the set.  The only drawback from this year's edition is the fact that the base set is up to 400 cards from 330.  Why is that a bad thing, you ask?  Well, the size of the set increased and the number of packs per box did not.  Thus, it means that I'm a lot more cards shy of completing the set than I was in previous years! Talk about a first-world problem, I guess.

In any event, we now return you to your regularly scheduled weekend of playoff football...