Best of the Decade So Far? 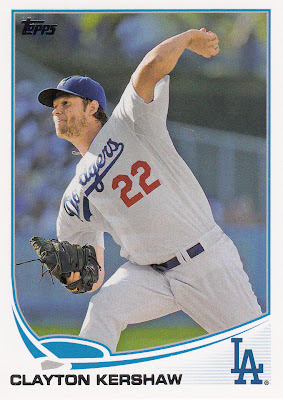 I don't, maybe I'm strange, but I wasn't completely bowled over initially by the 2013 Topps base card design. Perhaps I haven't had sufficient time to warm up to it.  After all, yesterday represented the first time I set eyes on an actual card (as opposed to a scan).

But, after shuffling more than a few times through my newest additions, I think I'm at peace with the look.  In fact, I'm thinking it might be the best yet from Topps during the decade (and, yes, I do consider 2010 part of this decade -- I'm not one of those people).

The cartoonish home plate and base lines are a bit campy, but maybe that will be an endearing trademark when viewed 10-15 years down the road.  The nice big team logo in the bottom right corner is a plus, and it doesn't infringe too badly on the photo as I initially figured it would.  Overall, it's a sharp look.  Both appropriate for its time yet not too dated.

Anyhow, I understand that not every baseball card set needs to be love at first sight.  I mean, last year's design was the only one from the current decade that I really like right out of the blocks.  I didn't much like 2010 at first glance, but it's become one of my all-time favorites in the years since its release.  The 2011 set has a decent design that neither underwhelms me nor sends me to the moon.  I can live with that.

So, I'm wondering: Which is your favorite Topps base design from this decade?  Is there a clear cut favorite?  Do they all look miserable to your eye?  What do you think?? 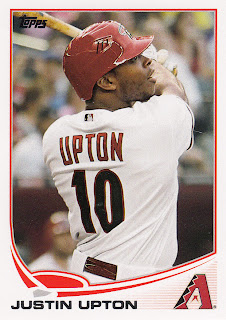 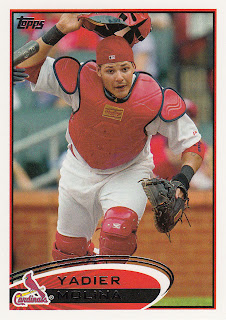 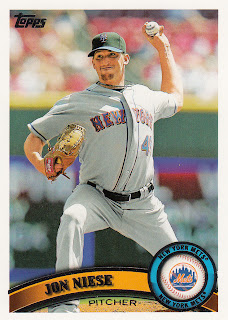 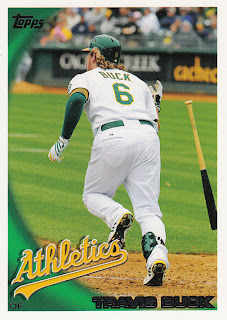 Share your thoughts!  Cast a vote in the poll at the upper right of the blog.  And for additional fun, show your work in the comments section.  I'm curious to know what everyone's opinion is!

As for me, if I had to choose at this very moment, I'm gonna go with 2012.  It would be 2010 in a runaway if Topps wasn't so inconsistent with its usage of the team name graphic on front of the cards -- some teams got just the nickname treatment and some got city plus nickname.  My OCD goes into overdrive about that kind of stuff.

Thanks for checking in, and I look forward to finding out my fellow collectors think...