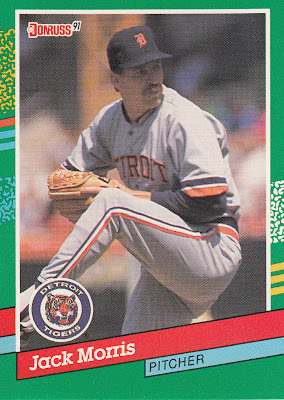 Of course I'm upset that one of my all-time favorites, Mike Piazza, only received 57.8% of the vote from the BWAA and, thus, did not qualify for the Hall of Fame.  But, I'm pretty sure he'll get in next year or the year after that.  At least he should.

But, I'm a little more perturbed that Jack Morris, one of the best competitors that ever toed the rubber, didn't get the nod yet again.  And he's only got one shot left to get into Cooperstown, and that's in 2014.

I'm not feeling very confident about that prospect.  In today's vote, Morris received 67.7%.  In other words, he's still significantly below the three-quarters threshold necessary for enshrinement.  Not likely to make up that much ground in just a year's time.

I guess I understand, in part, what the writers are looking at.  His career ERA is a tad high, coming in a shade under four runs per game (3.90).  And while he finished in the top five in Cy Young voting five times, he never captured the award. 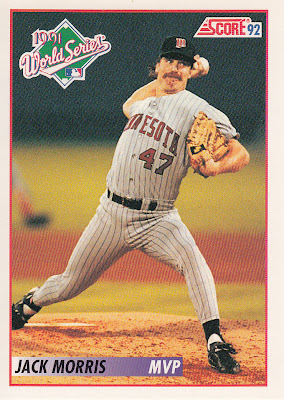 But, we're also talking about a guy who was the most successful pitcher of the '80s.  And a guy who won 254 games over an 18-year career.  A World Series MVP (1991) who pitched on three Series winners during his time.  Did we mention five All-Star Games?  And a true gamer, whose 3,824 innings are 50th-most in baseball history.

Jack Morris was a winner and a champion.

It's just a shame he'll never be considered a Hall of Famer.