Pretty interesting poll results thus far (referring to the Best of the Decade question).  Looks as though 2013 Topps has quickly crept into the hearts of fellow collectors.  And, not surprisingly, I'm out on a limb in regards to 2012 Topps.  I can't say why for sure, but I just like the design the best.  Isn't anyone with me on this?

Regardless, I still find myself needing a 2012 fix even though 2013's new toys have arrived.  [Ed. Note: Don't worry, I gave into my craving and bought a pair of Wal-Mart blasters on my way home today.  More on those in a future post.]  So it was, I took to eBay last weekend in search of a David Wright card that I had been jonesing for since 2012 Update arrived.  I finally found it for a very acceptable "Buy It Now" price and pulled the trigger.

And today it arrived! 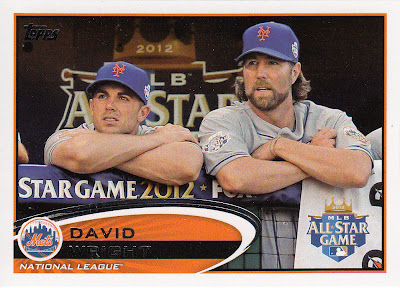 What's not to like about this card?  It's a short-printed variation.  It's David Wright, it's R.A. Dickey, it's a pair of All-Stars.  Along with his 2011 Heritage short print, this is up there in terms of my favorite Wright cards of all time.  Love it!

The same seller also had another item that caught my eye.  Now, I've said it before: I'm not a fan of the manupatches from 2012 Topps.  Or really any manupatches.  But, I saw this one and it was only a couple bucks.  And, well, it's one of my favorite players from my boyhood. 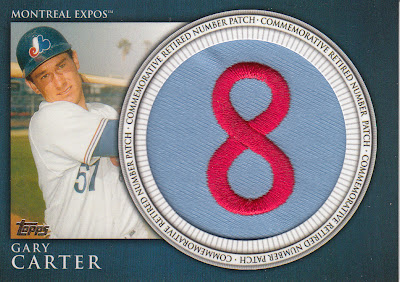 I can't really be blamed for wanting to add this to my collection, can I?  For the right player, I'm all-in when it comes to almost any ploy that Topps concocts.  And Gary Carter certainly falls into the category of "the right player."  I think I'll probably buy a nice snap case for this thing and store it in a safe place.

This was just one of the three packages that came in today's mail delivery.  Not too shabby for a mail day, that's for sure.

Next up, Weston from Fantastic Catch provided me with cards from three of my favorite collecting categories: 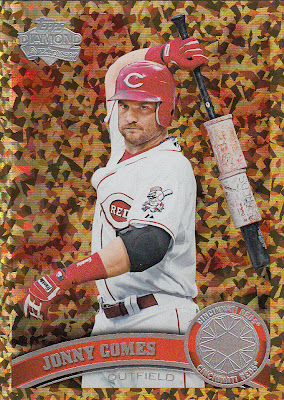 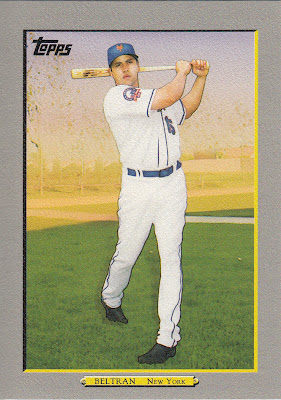 Great stuff, Weston.  Thanks much for the trade!

And the final mailer that arrived this afternoon came from Topps HQ.  I finally got off my lazy duff and requested the remaining two Golden Moments Die Cuts in my account from 2012's code promotion. 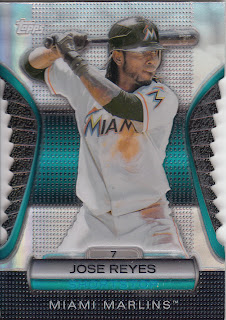 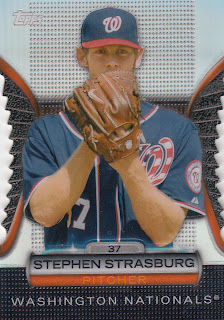 I was really happy to get the Strasburg.  If you recall (and I know you don't), over the summer I had this very card in my account but wound up trading it for a Mike Trout.  I was sorry to see it go, but thrilled to get the Trout.  So I was only too happy to lure this card back a few months later.  The cost?  A Derek Jeter die cut.  As for Jose, I think I originally had unlocked Roy Halladay's card.  I was happy to make that trade.

I know many weren't huge fans of Topps 2012's online gimmick, but I made out with some pretty good cards throughout the collecting season.  Including the die cuts above, I wound up unlocking six cards.  Strasburg, Reyes and Trout plus David Wright, Johan Santana and Jose Bautista.  Not a bad haul!

All right, I've got two blasters sitting on my kitchen table still encased in their shrink wrap.  I'll catch up with you guys later to let you know how I fared.