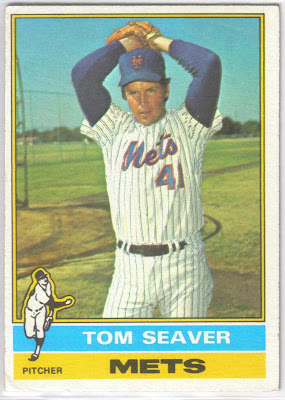 Born on this date (Nov. 17) in 1944, Tom Terrific is the only Mets player to have his uniform number retired (Hodges and Stengel, too, but as managers).

Here are some "terrific" facts about Tom: