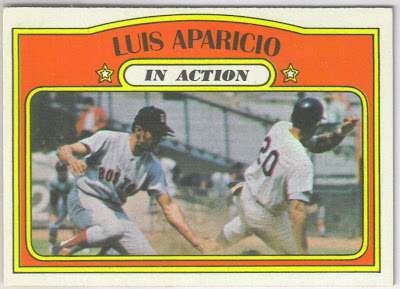 Another monthly sports card show arrived at my local fire hall this past Sunday.  And with it came sundry cardboard goodies for my collection.

Among my pickups were a few attractive vintage cards, including the above Luis Aparicio "In Action" card from 1972 Topps.  I didn't have any cards of Luis in my collection previously, and for 75-cents, I couldn't pass this one up.  Plus, I haven't come across too many '72s in such nice condition that aren't horribly miscut.  At least not in the discount boxes.

I also picked up this pair from the same table: 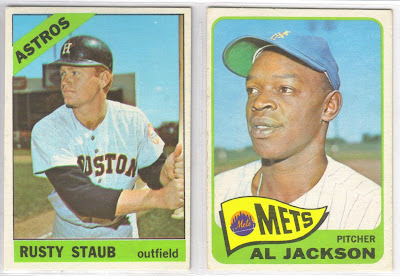 Rusty's 1966 Topps card is obviously cool at first glance, and made even cooler by the fact that -- upon closer inspection -- the photo was snapped at Shea Stadium!  And, after fishing through a good number of 1965 commons, I came across this nice, crisp Al Jackson card.  This is my second card of this original Met.

From a different table, I picked up eight cards from the 1973 Topps set.  I've been meaning to dip my toe into the wonderful world of '73 Topps for a long time now, and finally did so on this occasion.  Nothing groundbreaking, as the priciest card of the lot was $1.50.  But, I'm really enamored with these cards.  I'll save them for a future post, though.

One of my favorite vendors -- and a fellow supporter of Manchester United -- always has quarter boxes chock full of cards to satisfy any cardboard craving.  Since I was short on time (I only gave myself two hours since it was a football Sunday), I only sorted through one box, but found some nice prizes: 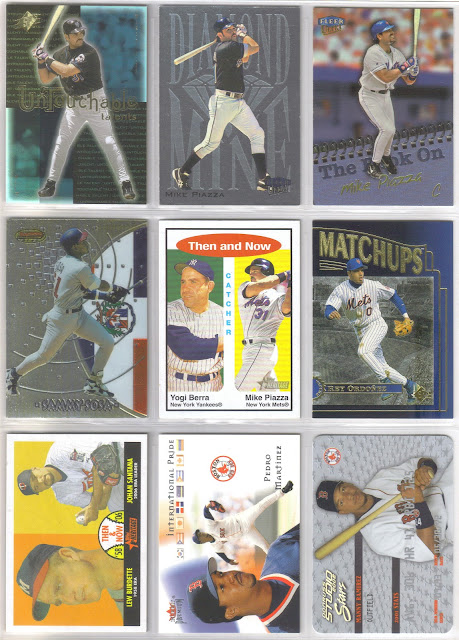 I'm definitely a fan of the "Then & Now" insert set from the Heritage series.  I especially love the Piazza and Yogi specimen.

But, undoubtedly the craziest and most satisfying find of the show was the last table I stopped at.  A father and son combo, sporting a Colts sweatshirt and Robert Griffin III jersey respectively, were displaying a group of 3,200-count boxes at their location.  No big deal at first sight, until I read the sign adoring the front of the nearest box:

Now, even me and my Radio/TV/Film degree can do that math:  four cents per card.

Now, I know what you're thinking.  Junk Wax City!  Well, sure, there were a good amount of lovable cards from that era.  But, there were certainly a ton of quality cards in there, too.

And, I nearly jumped out of my shorts when I came across this: 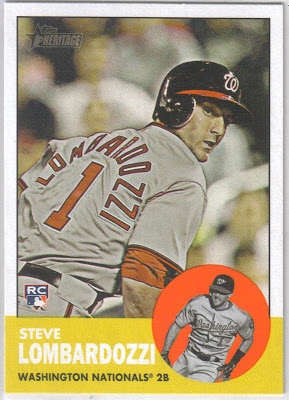 A 2012 Heritage short-print that I didn't have!!  And, not just any short-print, but No. 451, Steve Lombardozzi.  I've secretly really, really, really wanted this card for a long time because, well, this is such a unique photo.  And to snag it for less than a nickel was probably the biggest thrill of the show.

Some other surprises from this 25-for-a-buck box included a decent run of 2012 Topps Minis. 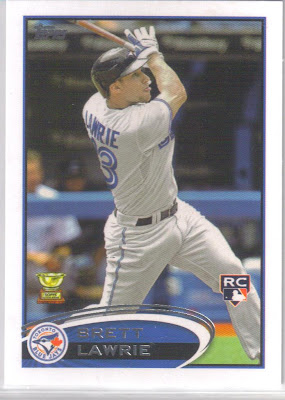 Hey, that works for me!  In addition to this Brett Lawrie rookie, I was able to grab nearly the entire Mets team set, save for David Wright.  I'm not in love with the minis because the odd size drives me crazy, but, Lord, for that price I could afford to ignore my OCD.

Here are some other highlights from the 25-for-1 box: 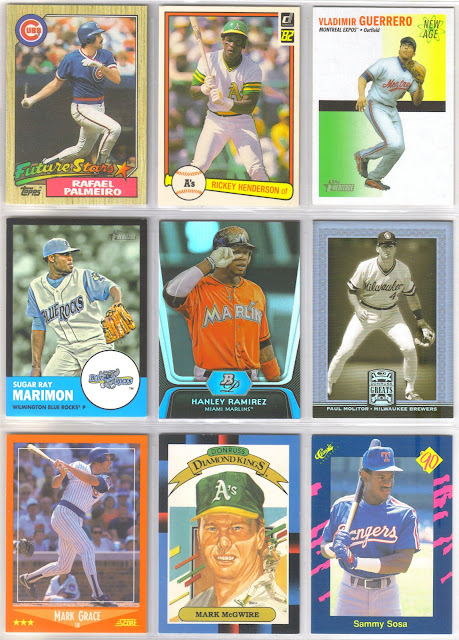 The black-bordered Sugar Ray Marimon card from the 2012 Heritage Minors set was a must-have.  Not just because it's a short-print, but because he pitched this past year for my local Wilmington Blue Rocks -- the Royals' high-A farm team.

So after I was done raking through this box, I turned my attention to the one directly next to it.  Same dealer, but this next box out-did the previous.  I mean, it's pretty hard to one-up a box that hawks four-cent cards, right?

Well, how about a penny box! 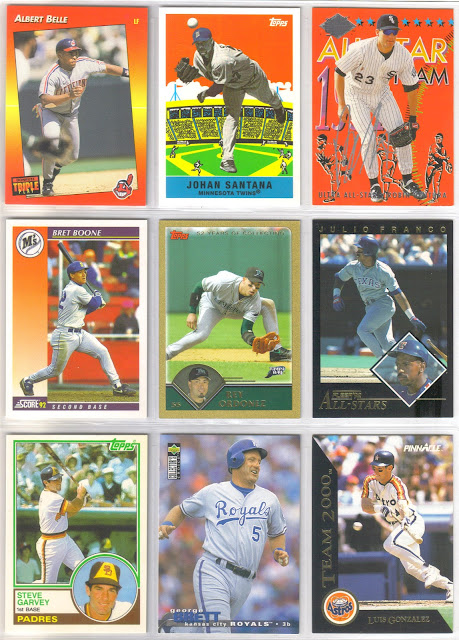 Now, between you and me, I didn't sense that much difference between the 25-for-1 box and the penny box. Other than the presence of the Heritage SP Easter eggs in the former, the quality and condition of the cards was nearly identical.  But, what the heck?  No sense quibbling over mere cents.  I happily grabbed 100 cards for a buck and called it a day.

Oh, but actually I made one more stop before I darted for the parking lot.  I needed five more cards to cap off my 2012 Update set, among them the following Chris Iannetta card: 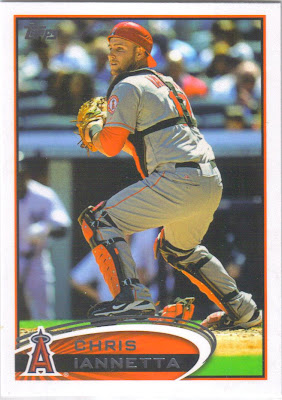 I located Mr. Iannetta and his four friends from the table of a very organized dealer, and was now officially done with another monthly card show -- my last of 2012.

I'd have to chalk this show up as a resounding success.  In addition to completing another set, I found a coveted SP for my 2012 Heritage pursuit, gained a few great vintage cards, and added a bunch of cards to my player collections.  And I didn't have to break the bank to do it.