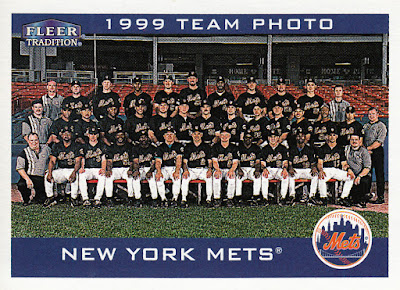 All right, let's get at it today with even more of the Mets cards that Jeff recently (and generously!) sent me.  In yesterday's post, I went through a bunch of the over 70 cards contained in the envelope.  But, looking back at Part 1, it was way too much chatter on the part of your author and not enough cards being shown.  So, today, I'll let the cards do most of the talking and I'll keep the commentary to a minimum, since there are a lot of great cards in this post. 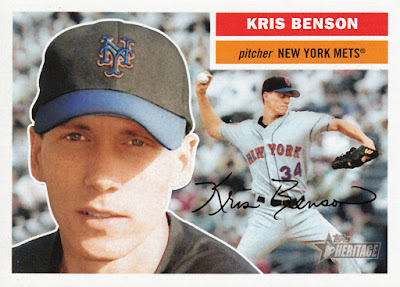 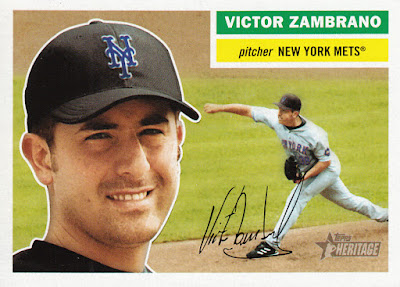 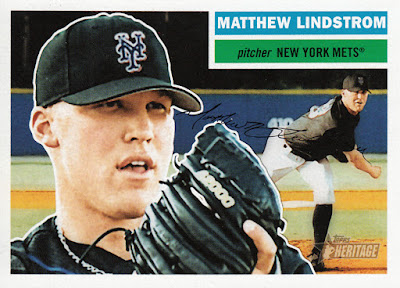 I don't have very many of the early Heritage releases.  For me and the timeline of my collecting, anything prior to 2011 is considered "early" Heritage.  So, I have a lot of catching up to do.  These are nice additions from the 2005 release. 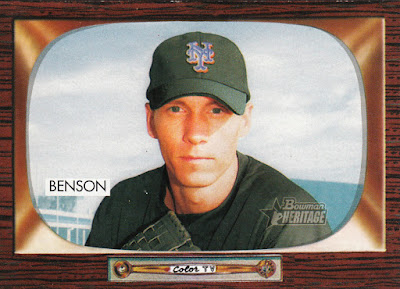 Another Kris Benson sighting!  This one is Bowman Heritage from 2004.  I've got a few from this set now and I must say I really enjoy them. 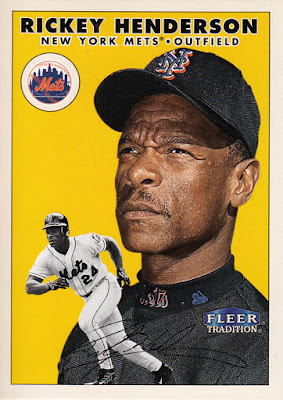 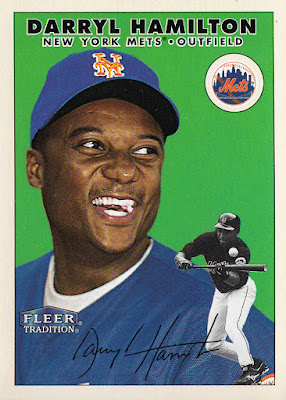 The other companies had their take on the 'throwback design' theme, as well.  These two are from 2000 Fleer Tradition. 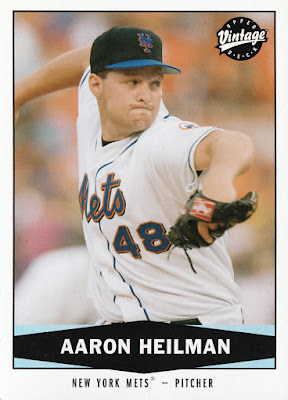 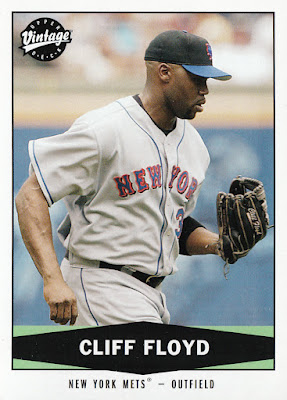 While Fleer at least had the history to develop their Tradition line, Upper Deck had no such resource for their Vintage products.  Mostly, they were just stealing old school design elements from Topps (mostly) and Fleer. Nonetheless, the card are still nicely done, in my opinion.  The Heilman and Floyd cards hail from 2004 UD Vintage. 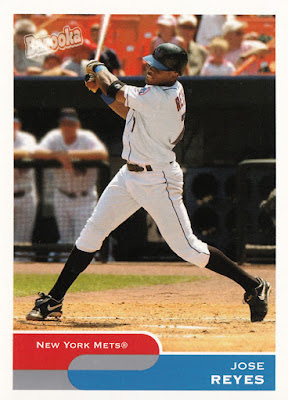 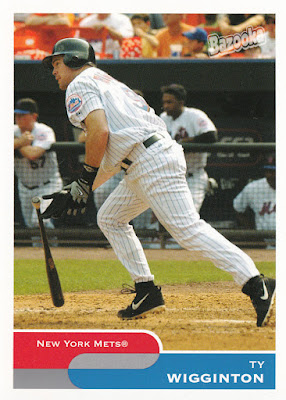 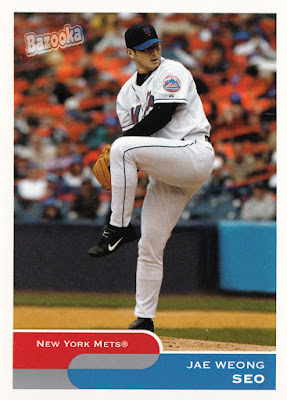 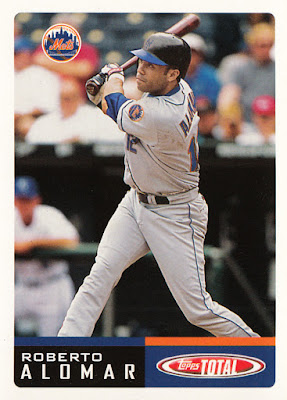 It's too bad Topps went away from producing affordable card sets like Bazooka and Total.  They were simple and enjoyable means to add more cards to your team and/or player collections.  I'd happily gas Five Star or Magnum or whatever high-end brands Topps produces today in favor of a few more of these wallet-friendly brands.  But, I get it, card collecting is a business and Topps knows how to work it. 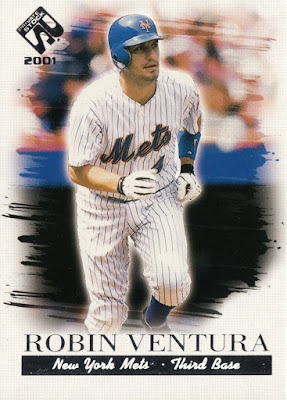 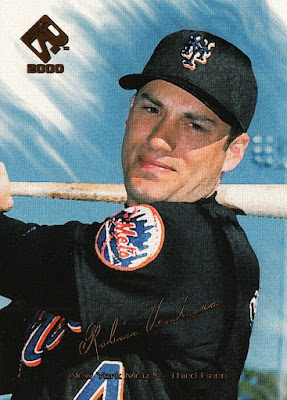 Speaking of high-end, Private Stock was the premium brand of cards Pacific put out in the early part of last decade.  I haven't had much success coming across these in dime boxes over the years, so any time I acquire one or, in this case, a few it's always a happy occasion. 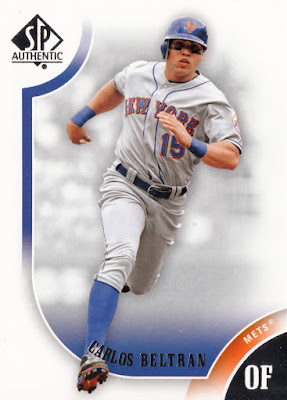 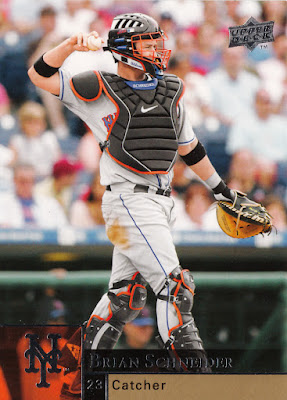 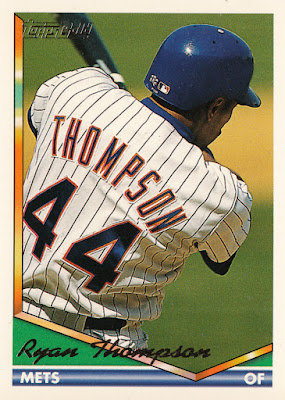 One of the best photos from the '94 Topps base set, bar none 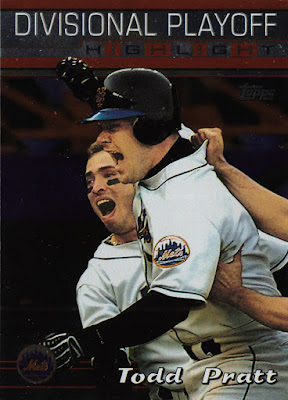 In yesterday's post, I referenced the Pratt walk-off from the '99 NLDS versus Arizona.  It was just the fourth time in baseball history that a team clinched a playoff series on a walk-off homer.  It's pretty neat that this incredible moment was captured on on a card. 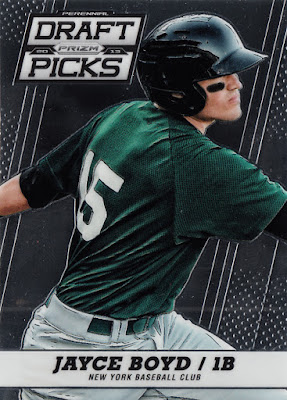 Boyd was originally a 16th-round draft choice of Texas in 2009, but he instead attended Florida State and the Mets took him in the 6th round in 2012.  He began the year at Double-A but was promoted to Las Vegas of the PCL in late May.  In 23 games, Boyd is batting a healthy .290 but has not registered a home run.  Over 1,302 career pro ABs, the first baseman has crafted an impressive .299 BA but has clubbed just 23 long balls. 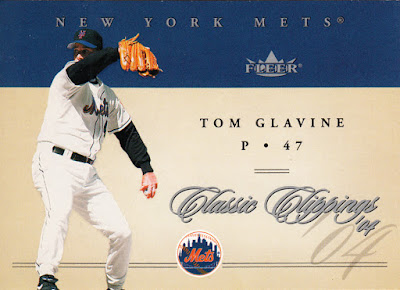 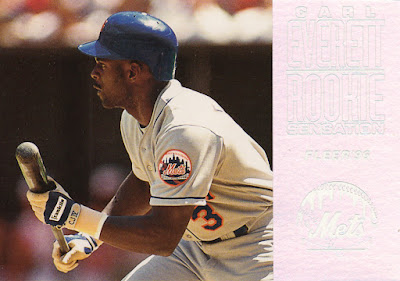 It's tough to read since the right side of the card is so shiny, but this is a '96 Fleer "Rookie Sensations" insert of Carl Everett.

Lastly, but certainly not least in any way, were these guys... 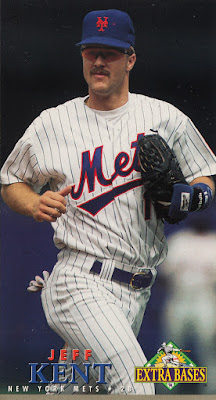 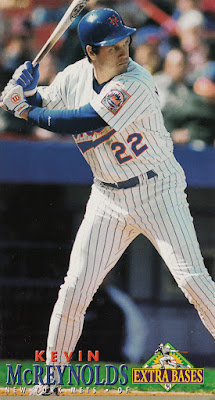 From 1994, these are cards from the Fleer Extra Bases set.  They are significantly bigger (taller) than standard cards, making them an issue in terms of storage.  But, these are pretty darn cool despite all that.  I can't say I ever remember seeing these in stores back then.  I definitely remember the football set that Fleer similarly produced and I have some of those.  But, these bad boys are new to me.

Once again, Jeff, I can't thank you enough for all of these terrific cards!  They are most welcome additions to my Mets collection!