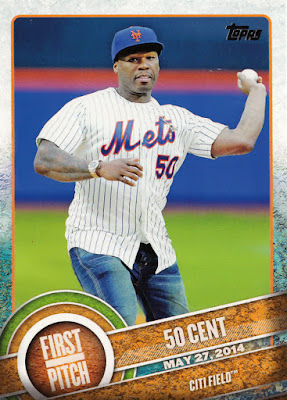 Another week, another awesome PWE from New England.  My buddy Shane at Shoebox Legends has yet again come through with a little bit of cardboard perfection fit inside a legal-sized envelope.

As you can tell by the leadoff card, this wasn't your ordinary PWE.  This 2015 Topps insert of Curtis "50 Cent" Jackson is one I knew I had to own once I discovered its existence.  You can tell by the way 'Fitty' is cocking the ball that the resulting first pitch would be a total disaster.  And, it surely was.  But it also made for one of the most deliciously bad first pitches in baseball annals.

It also spawned one of the most perfect Vines in internet history, as well.


I guess in light of his recent bankruptcy issues, the inability to throw a baseball is small potatoes for former the hip-hop giant. 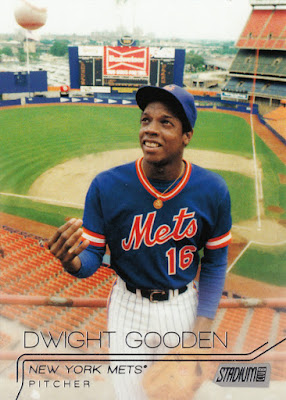 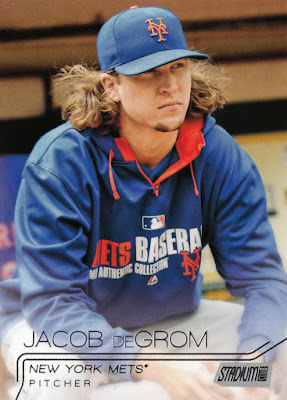 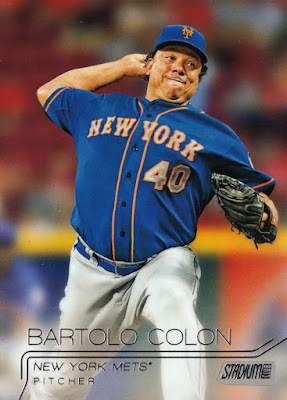 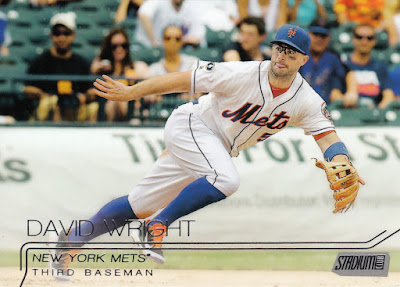 In my three 12-card packs of ’15 TSC purchased so far, I was only able to procure two of the base Mets (Montero and Familia).  Thus, adding these four beauties was a true joy.

The Gooden is the absolute gem of the bunch, though I seem to remember a certain mid-80s Donruss card housing nearly the exact same image... 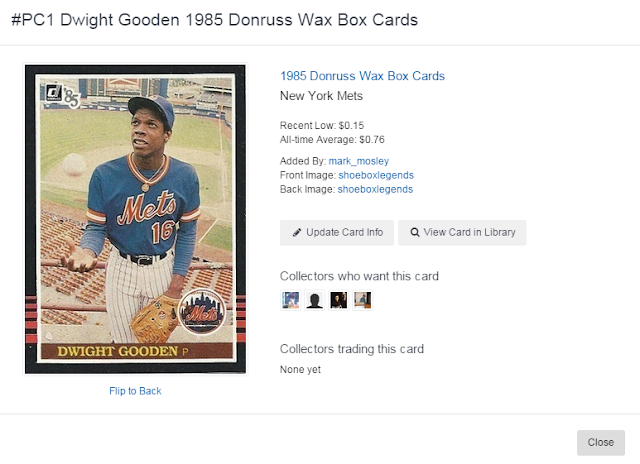 No matter, it’s a photo shoot of Dr. K that deserves to be resurrected, and it makes for a tremendous card when featured on Stadium Club’s ultra-glossy platform.

Oh, and how about that deGrom fellow?  Ten pitches, nine strikes, three strikeouts in an inning’s work on Tuesday night in Cincy.  That is how you make an All-Star Game debut!

Onto the remainder of the PWE… 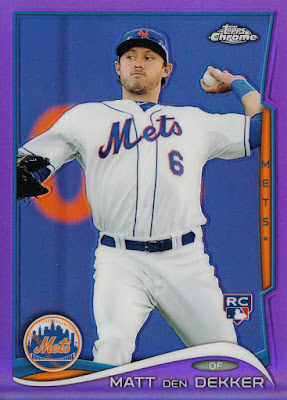 Though Mr. den Dekker no longer collects a check from the Mets organization, this purple refractor from last year’s Chrome release is nonetheless a sharp number. 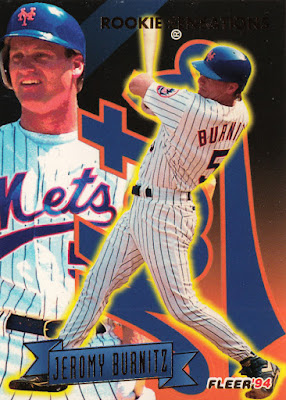 As is this Jeromy Burnitz "Rookie Sensations" insert from 1994 Fleer.  I really love Fleer inserts from this era. They knocked ‘em out of the park more times than not. 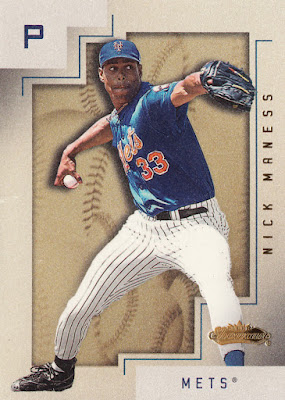 Nick Maness was a 12th round pick of the Mets in the 1997 draft.  He rose as high as Triple-A Norfolk (2002) within the organization before bouncing around the independent leagues for a handful of years.

While Maness never hit Broadway, these next two guys--depicted on minor league cards--did make the big club in Queens... 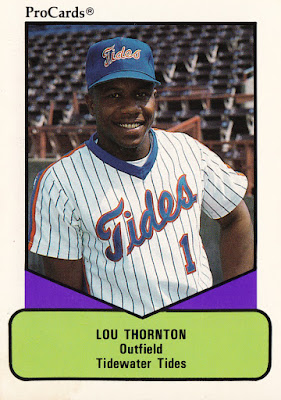 Thornton was originally drafted by the Mets in 1981 before Toronto scooped him up via Rule 5 a few years later. He made his big league debut as a member of the Jays in '85 and eventually--after a couple of stops--wound up once again with the Mets in '89.  All told, Lou appeared in 16 games over two seasons with New York, collecting four hits in 13 ABs with one RBI and two stolen bases.  This happens to be my first card of Thornton's, by the way! 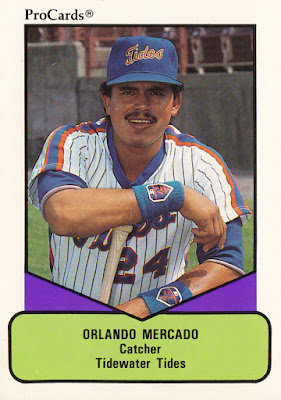 Orlando Mercado was already a seven-year major league vet by the time he signed with the Mets in December of 1989.  In 42 games for New York in 1990, Mercado batted .211 with three homers and 7 RBIs.  His 90 at-bats were second only to Mackey Sasser in terms of catchers on the '90 roster.

And there you have it; another volume of PWE ping-pong in the books!  I know I probably state this after every delivery I receive from him, but I think this may have been Shane's best work yet!