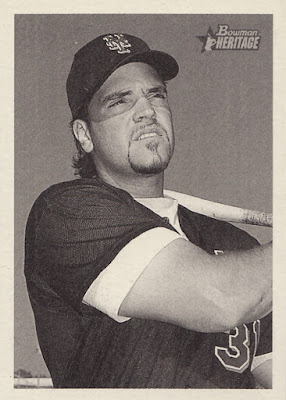 And the beat goes on.

Yet another award-winning PWE from my good friend Shane of Shoeblox Legends arrived a few shorts days ago.  I am definitely a lucky guy!  I'm trying to remember how this back-and-forth between us got going exactly.  Regardless, it's been a fun ride for sure!

As awesome as it is to get all these amazin' Mets cards, I think I definitely enjoy the other side even more. It's a pretty cool feeling to help build onto someone else's already-huge collection of team-specific cards. Somehow, we both wind up finding plenty that the other guy needs.  Just goes to show you how many freakin' cards are out there just waiting to be discovered!  Of course, this sort of exchange is made infinitely more easy and pleasurable thanks to Zistle.

Okay, enough blabbing; onto the cards! 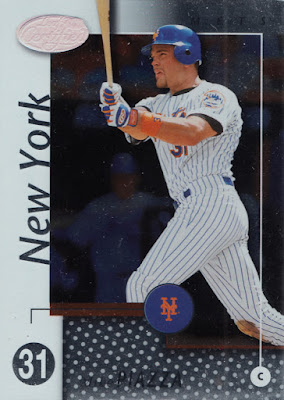 This latest delivery included a double helping of Piazza, which can never be a bad thing.  The 2001 Bowman Heritage at the top of the post is my first Met from that set.  Obviously, these cards are distinct because they're black and white (or is that sepia? Who knows?). 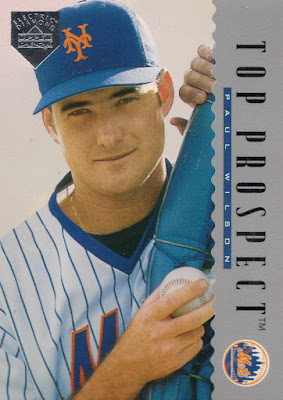 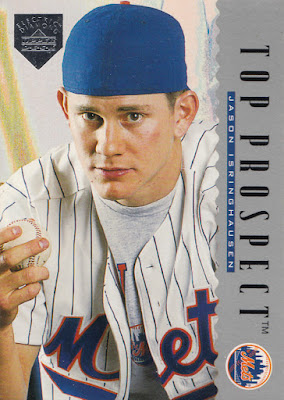 A great find by Shane on these Electric Diamond parallels from 1995 Upper Deck!  Two thirds of the so-called "Generation K" trio are represented here.  I wish I could teleport the Mets lineup those guys played with and implant them into the present-day Mets team which, in case you haven't noticed, has about as much offensive punch as a mausoleum.  But, don't get me started! 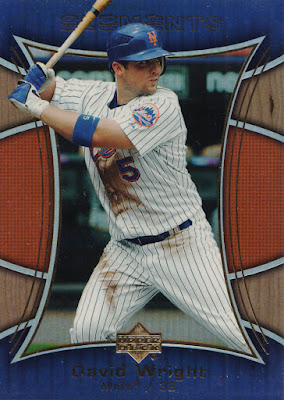 A very nice UD Elements base card of David Wright from 2007 (before he developed the body of an 80-year-old man).  Man, these cards are sharp looking! 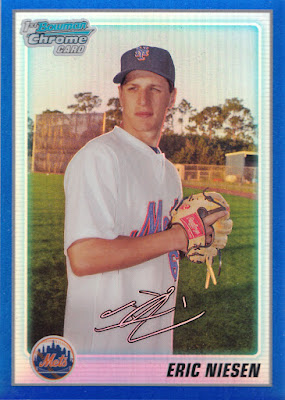 A shiny card of former prospect Eric Niesen.  These blue refractors are numbered to 250.  I've always been a huge fan of the blue refractors in particular since they accent the Mets unis nicely.  Niesen, who also spent a season in the Red Sox farm system, never made it to the bigs and presently is pitching for the Bridgeport Bluefish. 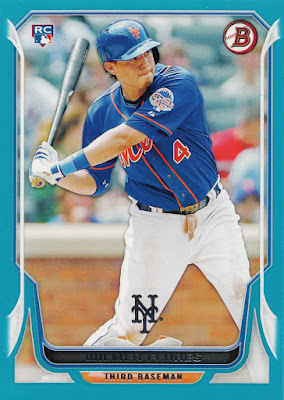 On the subject of blue parallels, here's one from 2014 Bowman of Wilmer Flores.  These blue variations are numbered to 500.

And we now come to the "Handle with Care" portion of the post, since these final few cards are unusually shaped and, in some instances, have pointy corners.  Shane was wise to include a little sticky note to point this out, since my clumsy fingers are, well, clumsy most of the time! 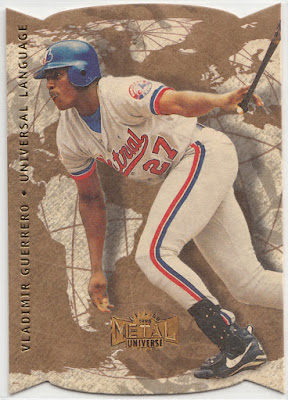 By far the most awkwardly-shaped card was this one of Vlad from Metal Universe '98.  Sometimes card companies like to make their die-cuts weird shapes just for the heck of it.  Topps is obviously notorious for that with today's releases.  However, this one actually make sense.  Well, at least I think it does. I figure they were trying to mimic a certain kind of world atlas with the way the top edges of the card were cut.

It reminds me of this sort of atlas: 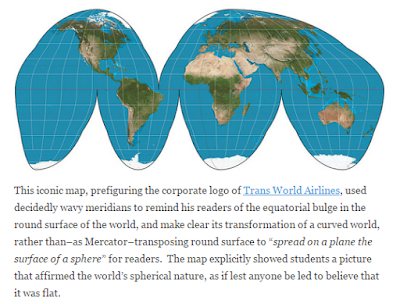 Man, I'm glad I was able to find this graphic with an accompanying explanation since there was no way in God's universe that I would have been able to put into words what I would attempt to describe.  Anyhow, I think that's what they were going for.  Or maybe I'm reaching?

In any event, it's a very unique and very cool card of Guerrero. 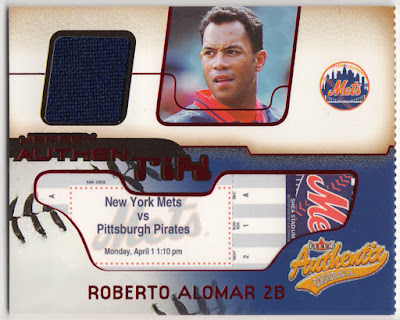 A piece of jersey and a replica ticket stub?  Far out!  One of the more memorable relic cards in my collection. Oh, and notice the right edge of the card with the perforations to replicate a ticket.  Very fancy!

Finally, a card that was way ahead of its time apparently... 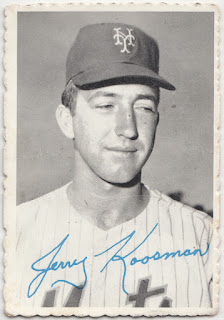 A genuine deckle-edged card from 1969 of southpaw Jerry Kossman!  Topps resurrected this style of card for one of their inserts in 2014 Archives.  But, of course, nothing beats the original.  I have a few of these '69 deckles, but none of the Mets.  Well, until now, that is.  A most excellent addition!

Shane, I can't thank you enough for yet another cool shipment of cards!  I'm working on your next envelope as we speak!