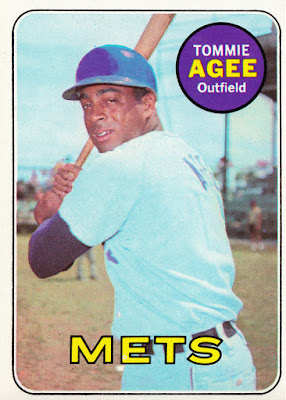 Every few months or so, one of the local shopping malls here in Delaware has a weekend-long sports card and collectibles show.  It's nothing really huge, as I think there were probably less than 20 tables mall-wide.  But, it's still a card show and, thus, worth a quick jaunt to the mall to check it out.

I spent a whopping ten bucks all told, half of which went towards seven new 'vintage' Mets for my collection.  The most expensive of which was the above '69 Tommie Agee which set me back two big ones.  It's interesting that the photo has been airbrushed, since Tommie was with the Mets the prior season.  Anyhow, this is now the oldest card of Agee's that I own. 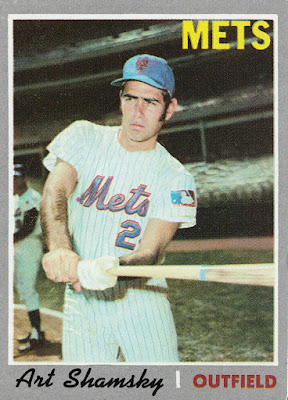 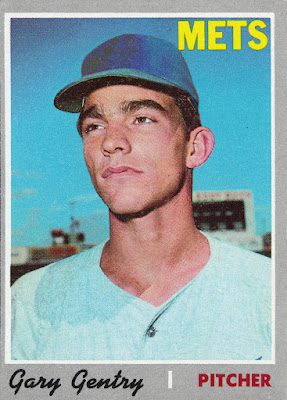 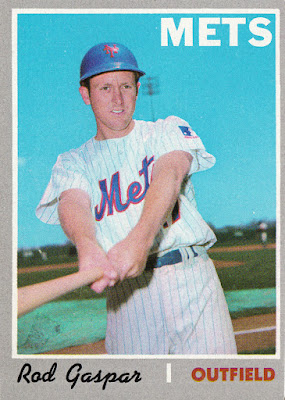 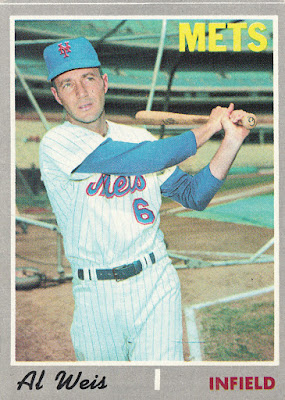 That is my first card of Rod Gaspar, so yet another name gets scratched off my All-Time Mets Project list.  Also, I believe that is Gary Gentry's rookie card, which make it a great pick-up! 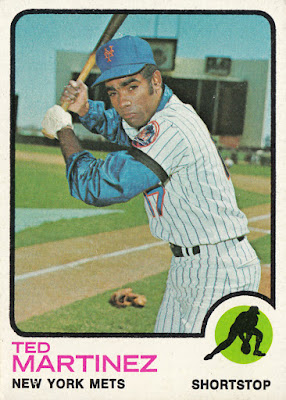 My first card of Ted Martinez.  Another one bites the dust on the ATMP!

And an important piece from the '75 set rounds out the vintage lot... 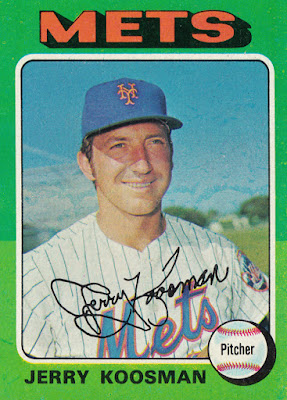 You can't really make it out from the scan, but this card of the Kooz features one heck of a wax stain spanning the right edge to the neckline of Jerry's jersey.  It kinda makes the card even better than it already is.

While I was probably most satisfied with my old school additions, I have to also marvel at the ease with which I picked up a my first copy of Jacob deGrom's Bowman Chrome rookie. 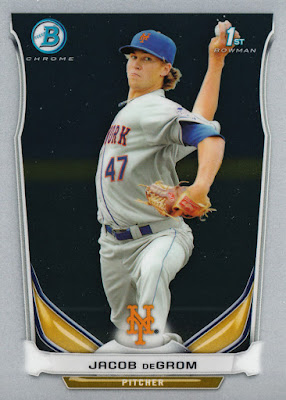 I have the regular "paper" version of the card, but was lacking its Chrome cousin.  This one was in a monster box which had cards separated by team.  Each card was individually marked on its penny sleeve, and I did a double-take when I saw ".25" scrawled on the plastic covering of this one.  SOLD!  I mean, this was the cheapest card in the Mets section.  It was equal in asking price to Vic Black's rookie from Series 2 Topps '14.  In case you're wondering: Jacob deGrom > Vic Black.  By a lot.  [Ed. Note: No offense, Vic!]

I don't know how stuff like that happens, but far be it from me to question.  Later on, at another vendor's table, I saw the same deGrom card marked up at eight bucks.  Go figure.

Oh, and one final "highlight" was yet another player knocked off the All-Time Mets list. 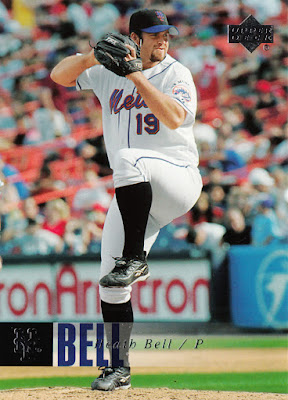 I've been looking for a copy of Heath Bell's 2006 UD card for a while now, and securing this copy for a dime was a most excellent way to cap off the show.