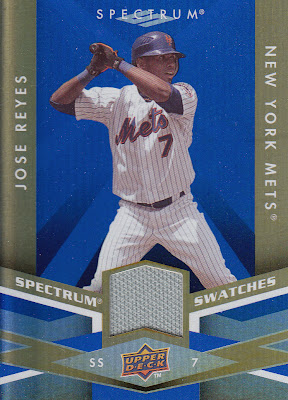 Some time ago, I contacted Jack, aka the Baseball Dad, who runs the All Tribe Baseball blog.  I was trying to find a suitable landing place for a few Indians cards I was holding, most notably a Topps Rookie Cup auto of former prospect John Drennen as well as an Albert Belle manupatch from this past year's Topps flagship.

Thankfully, Jack was happy to take those and some other Tribe cards off my hands with the promise of sending something in return.  I wasn't so much concerned with the latter, honestly.  Is it nice to get things -- baseball cards -- in the mail?  Of course.  But I'm mostly just happy to help out a fellow collector and add a piece or two to their collection that, otherwise, were sitting idle in mine.

I think most of us in the card blogging community feel the same way.  Which is nice, obviously.

Anyhow, over the weekend I received Jack's return package in the mail  The contents would be a surprise, as nothing specific was discussed in our prior emails.  And, you know, sometimes -- most times -- those are the best kind of packages to open.

A real pleasant surprise was the above 2009 UD Spectrum jersey card.  Normally I find the majority of swatch cards to be kinda 'blah', but this one is certainly not of that ilk.  This is one of those cards that would catch your eye even if it didn't have the relic piece in it.  It's plenty shiny, with shimmering blue, gold and silver highlights. And, of course, it's Jose Reyes sporting a pinstriped Mets uniform.  High scores all around.

The next surprise content of the package was actually something that I should have known about...if I hadn't forgotten.  I think it was right before Christmastime that Jack had a card giveaway contest, where he would post a series of cards each day that anyone out there could claim by leaving a comment. 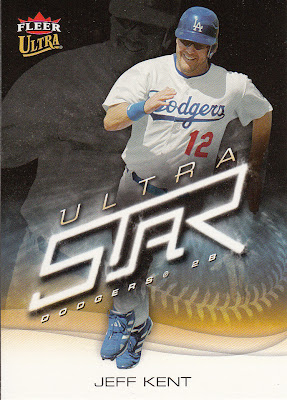 There were lots of cool choices, but this Jeff Kent insert from 2006 Ultra grabbed my interest.  Kent, a former Met and one of baseball's greatest offensive second basemen of all-time, is a guy I like collecting.  Even if he is wearing a Dodgers uni.

I was definitely thrilled that Jack's return package included a bunch of 2011 Topps Heritage cards towards my base set.  If you know anything about me from reading this blog it's that I'm a sucker for Heritage.  Especially the 2011 and 2012 sets. 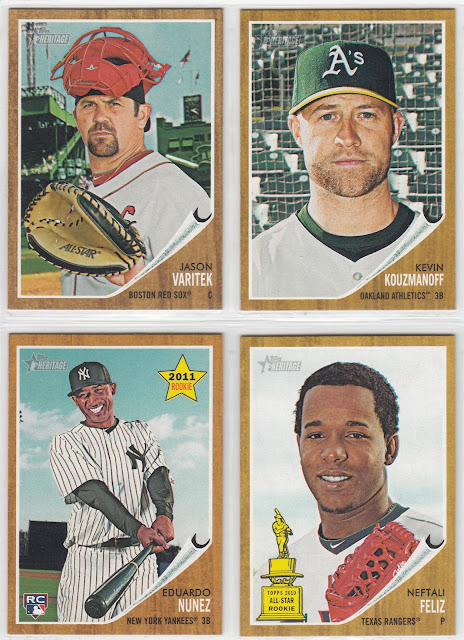 This quad is just a sampling of the nearly 30 cards that have happily made their way into my '11 Heritage collection.  That Varitek card is a stunner, is it not??

The final surprise contained in this package was a rather unique pack of baseball cards: 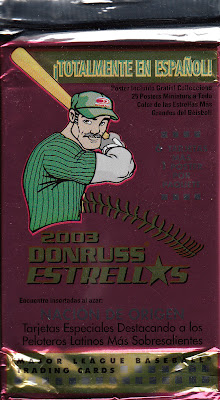 In this pack of Spanish edition Donruss cards, we are promised six cards as well as a mini-poster.

The base cards have a pretty attractive design, with the top and bottom borders having a likeness to a strip of film. 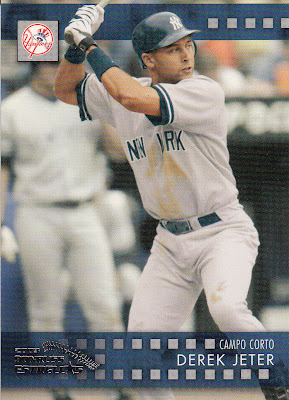 My pack also included an insert card.  An Alex Rodriguez insert, at that! 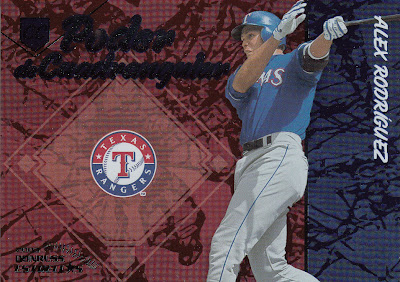 I know the scan makes the title hard to make out, but it reads "Poder de Cuadrangular" which loosely translates to "Homer Power" (or so says Google Translate).  Yes, I think A-Rod has (or had) Homer Power.  And trust me that this card looks much better when viewed in person.  It's very shiny.

Oh, and as for my poster?  I did very well with that!  Here's another guy with so-called Homer Power: 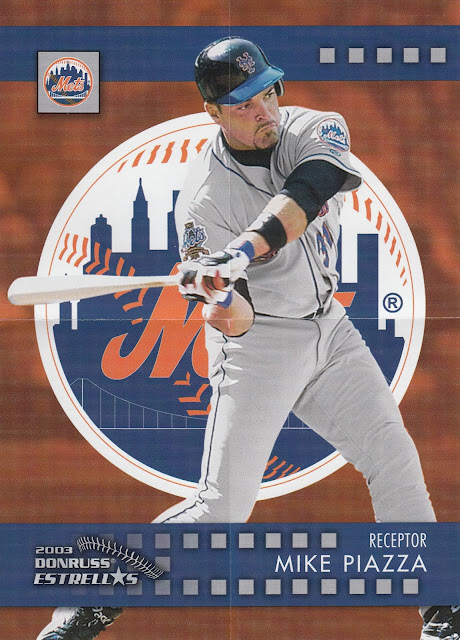 A very nice job by the Baseball Dad, all in all.  This was a great assortment of cards, and I have a fun Mike Piazza collectible to boot.

Which reminds me, Tim from Home of the Toddfather sent me one of these little posters a couple months ago which I nearly forgot!  I was planning to feature it in a post by its lonesome a few weeks back, but kinda got sidetracked by Christmas.  Anyhow, here it is: 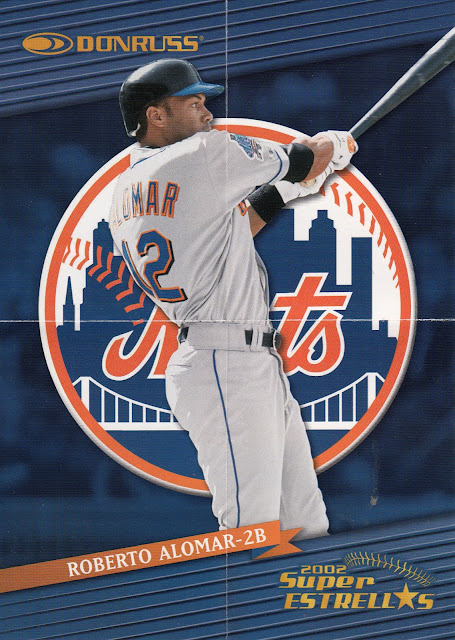 Same idea as the Piazza, but this one is from the 2002 edition.  I think this is a pretty neat idea, actually.  While I'm not sure I'd want a bunch of mini-posters laying around, it would at least be fun to collect those of my favorite players or team.

Thanks for the Alomar mini-poster, Tim!