Today begins the NFL playoffs, truly a magical time of the year.  So, to get in the spirit I've decided to share my selections for this weekend's games.  FYI, my preseason Super Bowl pick was Denver vs. Green Bay.  It's looking like a pretty good possibility at this point.  But, one thing the NFL playoffs has taught us over the years is that nothing is as simple as it appears.

And that's why they play the games... 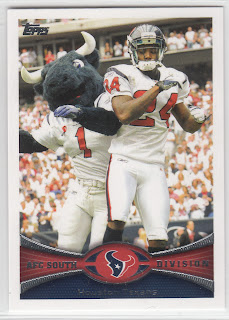 Probably the least glamorous game of the opening weekend.  It's also a rematch of a somewhat drab encounter to kick off last year's postseason.  In that one, backup T.J. Yates spelled the injured Matt Schaub and led the Texans to victory.  This time around, neither team enters the playoffs on a roll, and Houston's weaknesses were exposed in a number of key games down the stretch.  Still, they have more talent overall than the Bengals.  I really like Andy Daulton, and I'll certainly be rooting for the Bengals who sport the league's longest playoff victory drought.  It's hard to believe they haven't won a playoff game since 1991.

By no means a blowout, but I think Houston wins this matchup convincingly.  I'll go with a final of 20-10. 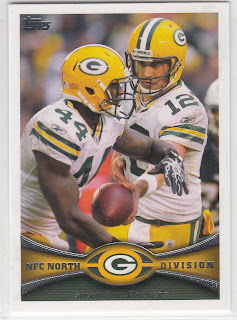 Well, they are my Super Bowl pick for the NFC, so I might as well ride with them in the first round.  That's not to say I'm down on the Pack.  I still think they have as good as offense as any in football.  But, that defense... ooh, that defense.  What a mess.  Not only did Adrian Peterson run through them with abandon last Sunday, but Christian Ponder looked more like Tom Brady going against that secondary.  Green Bay really needs to amp up their pass rush and rattle the second-year QB.  And God help them if they have to rely on a Mason Crosby kick in the clutch.

This game might come down to who has the ball last.  In a shootout, I will take the Packers and Aaron Rodgers at Lambeau against almost anybody.  Packers survive, 37-33. 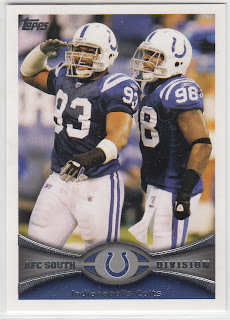 It's probably not wise to pick a rookie QB making his playoff debut on the road against a playoff-tested team like the Ravens.  But, Andrew Luck isn't just any rookie, and the Ravens are a shadow of the team that was one play away from the Super Bowl last year.  Joe Flacco continues to mystify Ravens fans and NFL followers alike with a lack of consistency.  On the other hand, Ray Rice is the real deal, and coach Jon Harbaugh oughta lean on the star RB if he wants to win.  But, I really don't see much separation between these two teams.  I think Luck will be able to move the ball against the Ravens defense.   Even if he does make a bad decision or two, this Colts team is confident enough to overcome it and pull off the upset.

Hey, it's no fun picking all chalk, so I have to throw one upset in the mix.  I wouldn't consider this an epic upset if it happens.  Colts advance, 27-20. 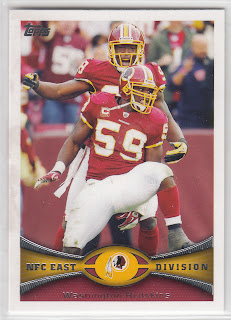 Without a doubt, this is the game I'm most looking forward to on this opening playoff weekend.  The battle between two rookie QB phenoms, Robert Griffin III and Russell Wilson.  I'm a little surprised and somewhat miffed (on behalf of Mrs. K) that Seattle is favored by Vegas.  I could see if this one was being played in the Northwest, but it's in Landover and the 'Hawks were just 3-5 on the road this season, including losses to Miami, Detroit and St. Louis.  But, the Seahawks are suddenly America's darlings, and have shown flashes of dominance on their road to the playoffs.  So, I get it.  However, smug-as-ever Pete Carroll and his boys are running into a red-hot Redskins team that has not lost since their Week 10 bye.  As long as RG3 lives through the game, he and the Shanahans will put up points.  And that defense has gotten stronger by the week, despite missing Brain Orakpo.


Enjoy the games everyone!