A fine weekend is in the books and now I'm looking forward to the arrival of 2013 Topps baseball cards this week. I even swung by one of my local Wal-Marts on the way home -- just in case they leaked the product earlier than the announced shelf date of Wednesday.  Alas, no luck.  But I'll still check into the area's other Wal-Mart plus Target on Tuesday with hopes that the new cards will be there.

In the meantime, Monday's mail brought me a pair of fantastic trade packages.  One is from an old friend, while the other is from a new trading partner. 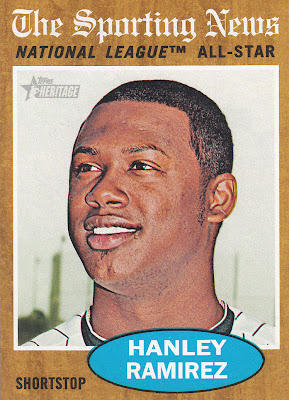 First up, Robert at $30 A Week Habit hooked me up with an extraordinary array of 2011 Heritage cards and some inserts to help with my 2012 Topps insert pursuits.

In terms of the '11 Heritage cards, Robert truly spoiled me.  Any cards from the regular 425-card base set -- such as the above smiley Hanley All-Star -- would have been a nice treat.  But he went above and beyond that by flipping me five short prints! 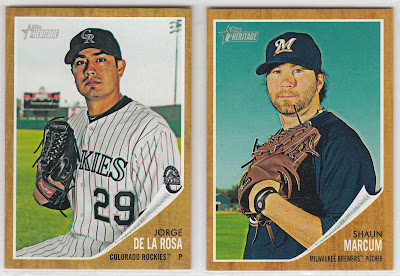 Honestly, this was a great surprise and very much appreciated.  I especially like that Adrian Gonzalez.

As for the inserts, I received some Gold Standards... 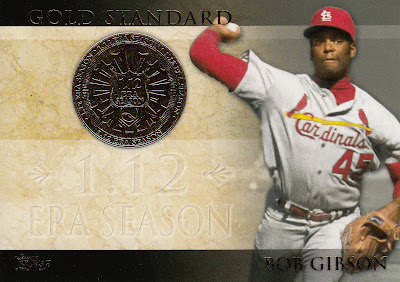 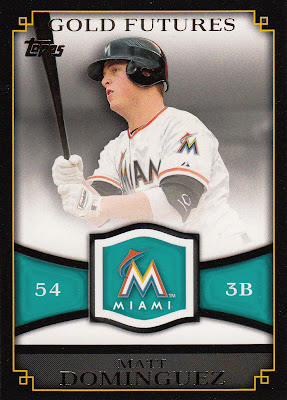 Very cool!  I'm looking forward to finishing off the "Futures" set the most.  It's probably my second favorite 2012 Topps flagship insert (next to the amazing '87 minis, of course).

As usual, trading with Robert was a true pleasure.  Sir, I owe you a few hockey packs at the very least.

And, while I've traded with Robert previously, I hadn't communicated -- much less traded --with the waxcaptain (as in waxcaptian's Dugout) before.  But, he reached out to me recently in regards to a few 2011 Heritage cards and 2011 Cognacs that he thought I would enjoy.  Of course, he was right, since I love anything from either of those sets that I don't already own.

So here's a couple more '11 Heritage cards towards my set: 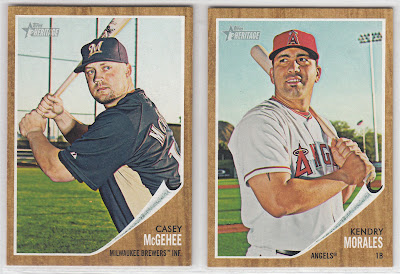 And also a trio of Cognacs:

I definitely dig making some smaller-type trades like this.  I guess smaller trades are the new thing, anyhow.  I've been reading a lot on the hobby blog circuit about "plain white envelope" trading that's been going on.  I think that's a great thing.  While getting a boat load of cards at once can be a glorious thing, sometimes it's the smaller trades or one-card PWE's that make our days.

Thanks for the cards, waxcaptain!  Your end of the exchange will be hitting the post office in another day or so. Hopefully this trade won't be our last...