In Case Topps Asks (aka My Mets Update Wish List)

I realize this post may be a bit premature, as I haven't even polished off this year's Series 2 checklist.  Heck, I haven't opened a single pack, rack pack, hanger pack, blaster box. super-duper jumbo box, etc. since busting a hobby box last month.

Nonetheless, my thoughts are already centered on the Update Series, which is due in early-to-mid October (unless Topps delays that a week or two, as they have for pretty much every other release this year).  And now that I'm keen on grabbing a card of every Met to put on the uniform, I have a mini-laundry list of players in the works.

With that in mind, here is my six-pack of players that I hope Topps sprinkles into its Update offering. 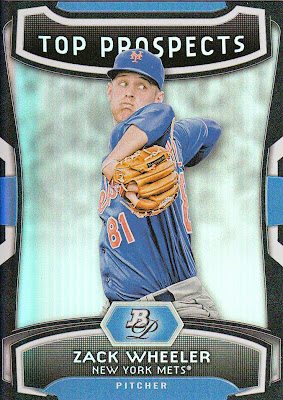 This is a no-brainer.  And I have zero worries that Zack Wheeler will be a snub from the 330-card checklist. Wheeler, a highly-regarded prospect who made his ML debut on June 18, has shown flashes of brilliance tempered with ribbons of inconsistency.  I think he's going to be a good pitcher for a long time, but we Mets fans have been fooled before. 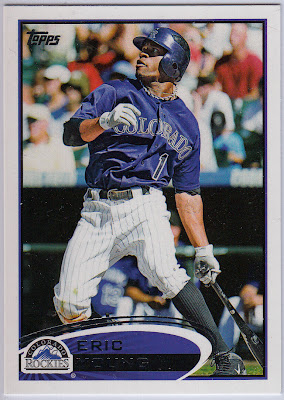 Eric Young, Jr. has been a permanent fixture on the Mets since arriving from Colorado via trade on June 18.  He's not only stabilized the top of the order, but he's added the element of speed on the bases and also covers a lot of ground in left field.  EY Jr. plays with a lot of enthusiasm, which I really love.  Plus he's a Jersey boy, so he's obviously A-OK in my book! 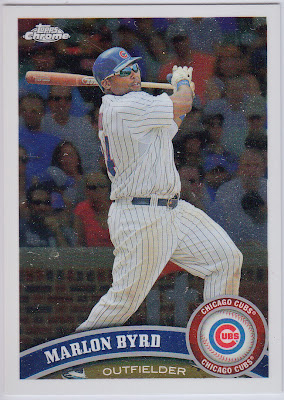 Another no-brainer.  Marlon Byrd wasn't even a guarantee to make the major league club out of spring training, yet he's been an irreplaceable presence in so many ways for the Mets.  If you woulda told me in March that Byrd would be sitting on 17 homers and 60 RBIs on August 8, I'd question your sanity.  On top of that, he's made some sterling plays in right field and added veteran leadership to a young locker room.  I was shocked he wasn't moved to a contender at the July 31st deadline. 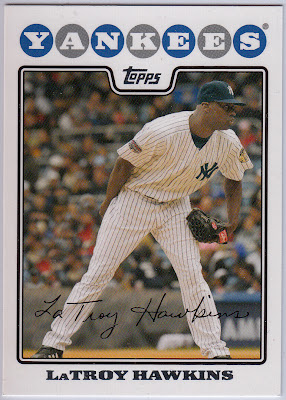 Topps loves smushing as many middle relievers as possible into their Update sets.  Or at least that's the impression I get.  In 2012, we saw Manny Acosta, Josh Edgin, Tim Byrdak and Ramon Ramirez -- each a bullpen dweller -- find their way into the Mets checklist.  Nothing wrong with relievers, mind you, but they aren't the most exciting gets.  But, in the case of LaTroy Hawkins, I'd be geeked to see him wearing blue and orange on an Update card.  He's been a real life-saver in a number of different relief roles, recently acting the part of closer in place of the injured Bobby Parnell.  Plus, y'know, Hawkins is about 67 years old, so it's pretty cool that he's still throwing well. 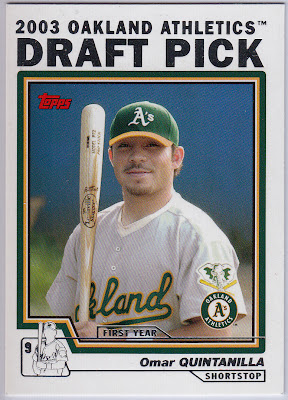 God bless 'im, Q has played every mother-lovin' day for the Mets since the immature Ruben Tejada went on the shelf at the end of May.  Quintanilla rejoined the Mets as a FA back in January after being dealt to the Orioles at last season's trade deadline.  He's clearly not an everyday player according to his skill set, but he's a steady fielder at shortstop and, as an 8-hole guy, isn't relied upon for much offense.  I'm a Q fan! 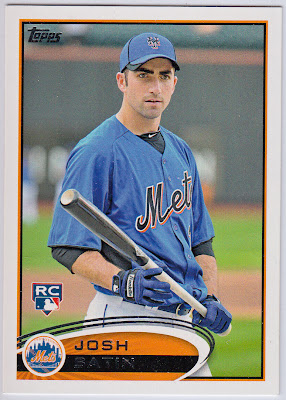 Besides having Bert's eyebrows, Josh Satin distinguished himself as a competent alternative at first base when Ike Davis was demoted to Triple-A.  Satin can handle himself at the plate.  In 38 games this season, Josh has registered a .295 average with 11 extra-base hits.  He'll never be a star player, but he's a good extra piece to have on the bench.

Finally, may I please ask Topps for a Juan Lagares card?  Juan's not pictured here since, well, I don't have a card of his.  I'm not ever sure if he has a card, though I would bet Bowman scratched his image onto card stock at some point in the short past.  Anyhow, Lagares has quickly entered his name into the mix for next year's Mets team and beyond.  He's displaced Kirk Nieuwenhuis and a host of other wannabes in center field, and has shown a knack for big hits along the way.  Oh, and he's a real natural in the outfield, with a nose for the ball and good speed.  To me, he's a 'must' for Update inclusion!

There you go, Topps.  I hope you're reading.  I'm gonna be a sad tomato if one or more of the aforementioned half-dozen is left on the dock when the Update vessel steams away.