Dodgers fans probably had nightmares about Carlos Beltran last night.  What else can you say about the St. Louis right fielder: he's a money player.  Against L.A. in the NLCS opener, Beltran was a one-man wrecking crew, using his bat and his arm to vault the Cards to a thrilling victory.

If last night's four-plus hour battle was any indication, this is going to be an incredible series.

In honor of Beltran's heroics, here's a quick zip through Carlos's career with the help of--what else--baseball cards! 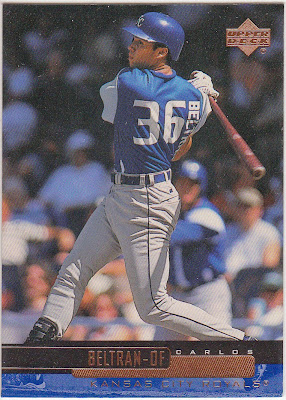 The Royals were not a playoffs participant during Beltran's tenure.  But, you can almost call it even since Carlos had a chance to wear the Future Royals uniform during the '99 season.  And that's, you know, almost just as good. 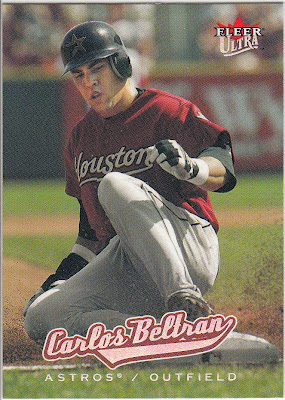 Houston, 2004: This is where the Carlos Beltran playoff mystique was spawned.  Four homers and 9 RBIs in the NLDS against Atlanta (five games), and an encore performance in the NLCS versus the Cards with four more homers and a dozen runs scored in seven games.  A .435 cumulative BA in 12 postseason games in '04.  Wow. 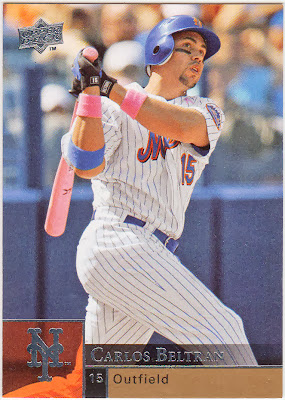 Only one postseason trip in seven seasons with New York and, yes, he did strike out looking to end Game 7 of the 2006 NLCS.  But, Carlos hit .296 with 3 homers in the aforementioned series. 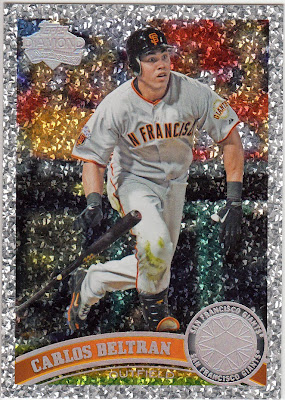 The Giants acquired Beltran from the Mets at the 2001 deadline (for Zack Wheeler) in hopes that he'd spark them to a playoff run.  The outcome:  The Giants finished '11 with a mark of 86-76 and a second-place result. Oh, and no Wild Card. 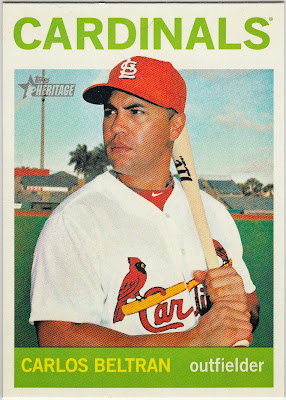 Beltran's latest entry into the postseason ledger might only be the tip of the iceberg.  Only time will tell. Regardless, I'd say Carlos has done a pretty copious job of establishing himself as one of baseball's all-time best playoff performers.