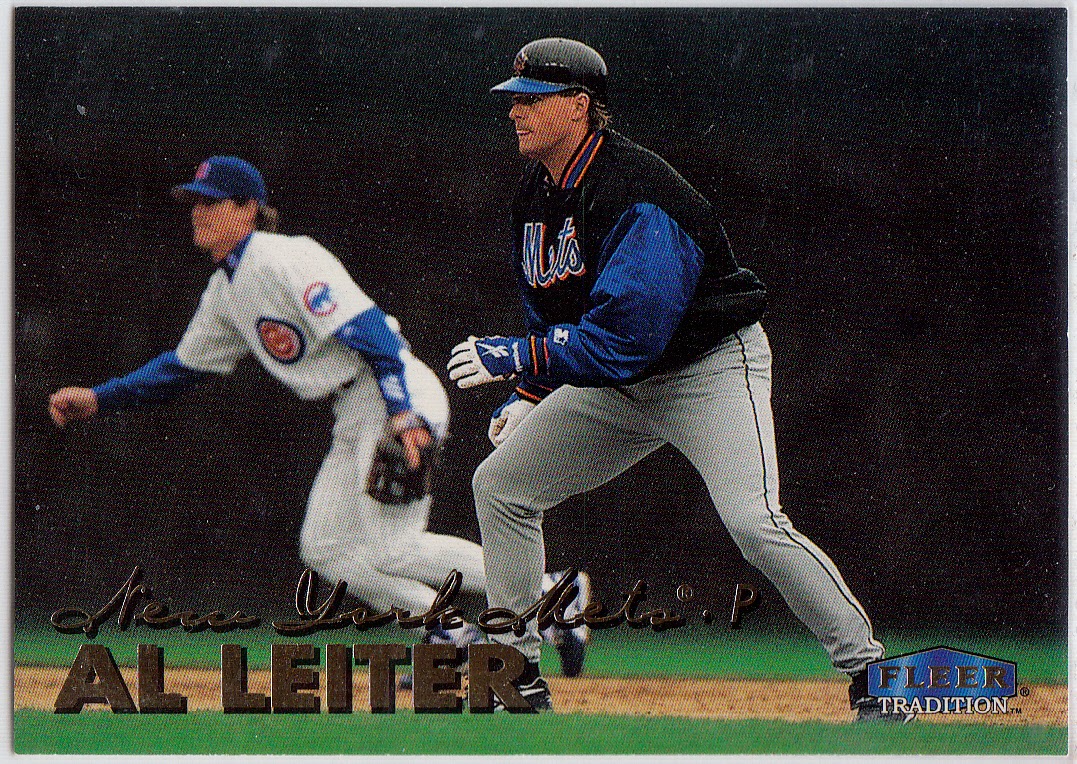 If you're wondering, Hey, where's Part 1?, I wouldn't blame you.  I didn't intend to go so long between parts, but sometimes life tends to draw you away from your scanner for long stretches.

About two weeks ago I blogged about a pretty great tandem of eBay auctions I scored from a single seller.  The first, which I already shared, was a complete '91 Stadium Club baseball set already in pages and a binder.  The other was a '99 Fleer Tradition set, likewise in pages and binder. 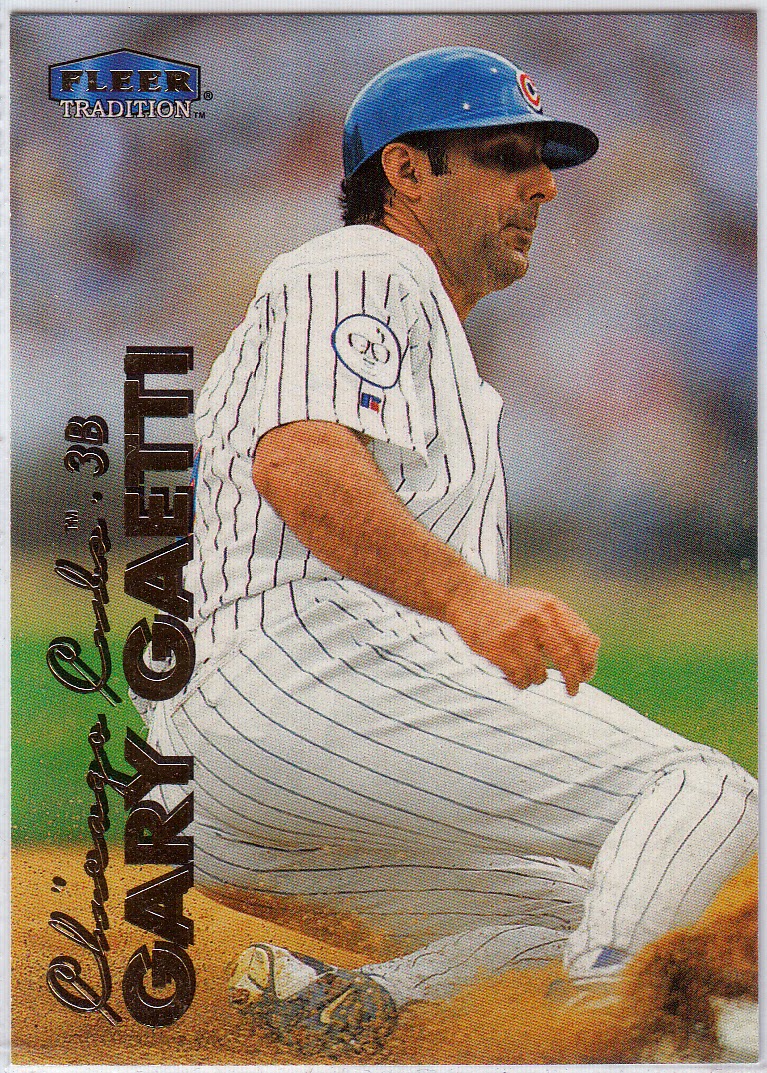 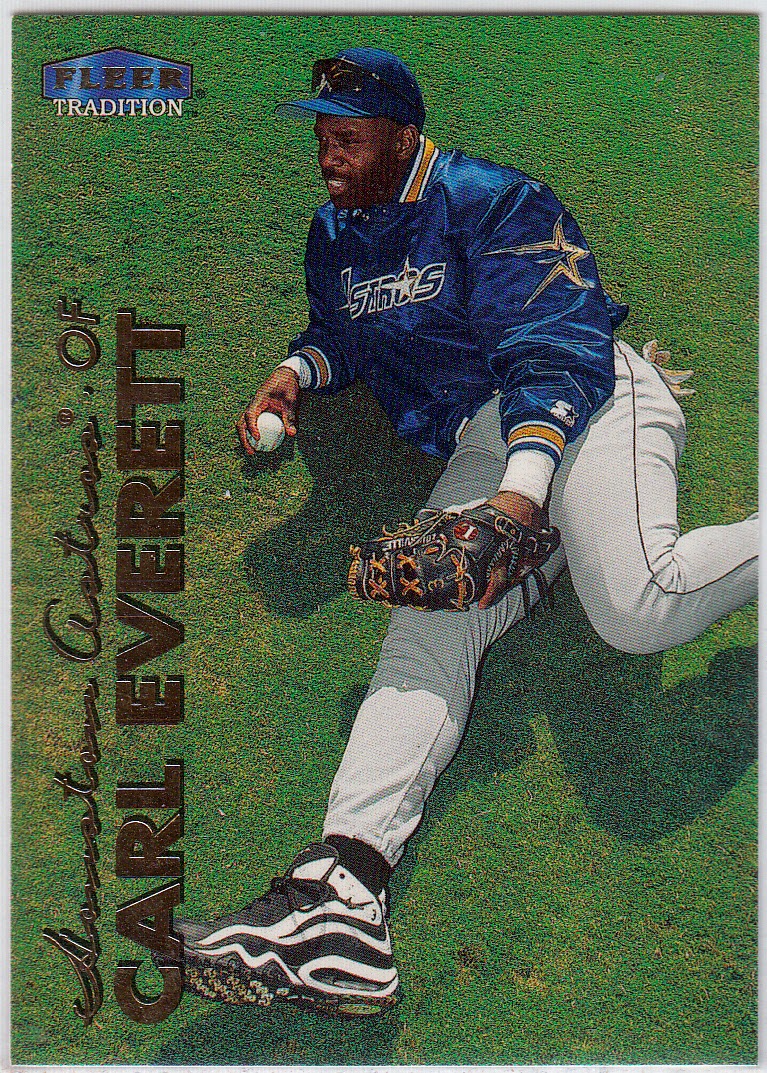 In a lot of ways, I was more excited for the '99 Tradition set since I wasn't as familiar with the cards as I was the '91 TSC checklist.  My only prior experience with this particular year of the Tradition product was through a few random cards I picked up at shows or via blogger trading. 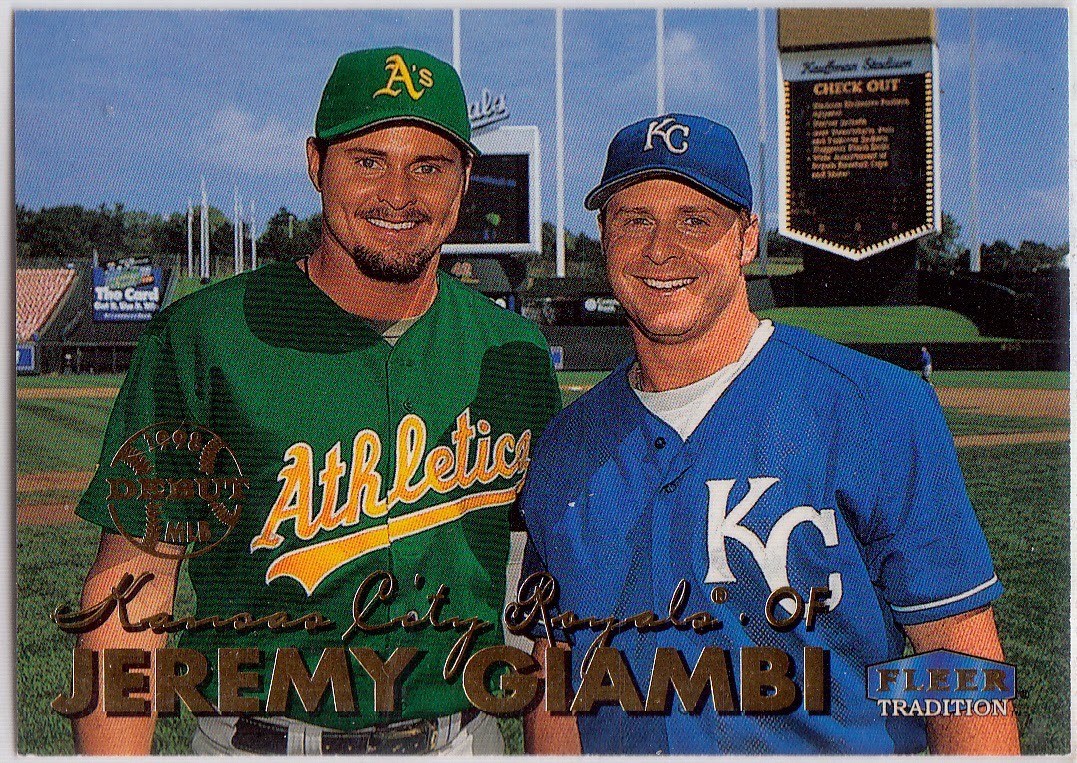 But, the few samples I did have let me know enough about this set and how fun it would be to leaf through the pages.  And, well, I kinda cheated and clicked through all the cards on the Trading Card Database in the interim between winning the auction and receiving the cards.  What can I say, the anticipation was killer.


I was certainly not disappointed when the cards arrived and I finally got to look over my newest acquisitions.  In a lot of ways, this set has much in common with the Stadium Club releases.  Full bleed photos on the front, interesting photo choices, and pretty thorough checklists. 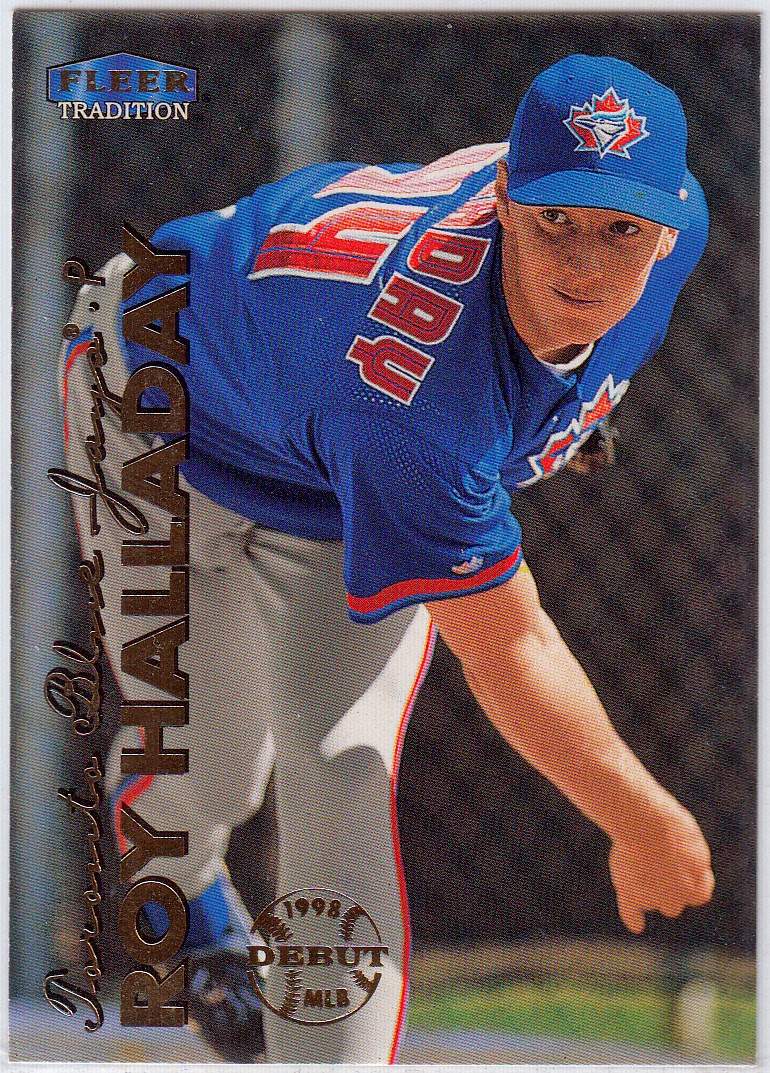 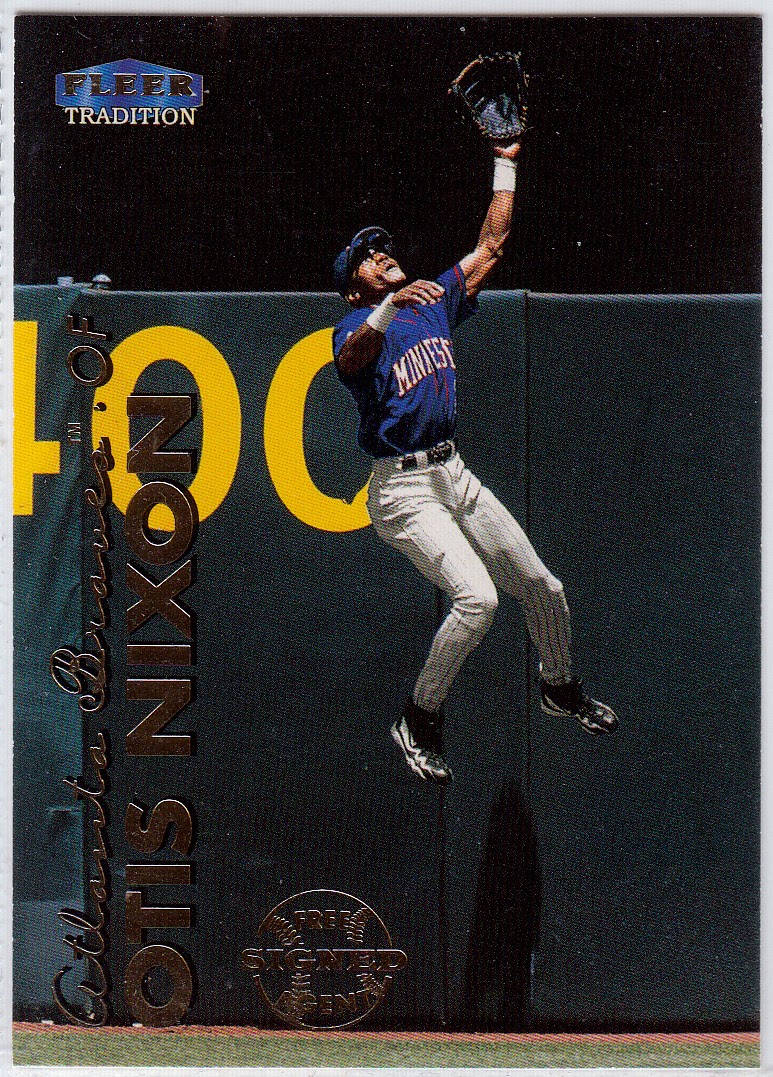 Normally, I'm only interested in putting together and/or acquiring complete sets of Topps and Topps products. But there is always room for an exception or two in collecting just as in life, right?  That's the thing I love about this hobby; nothing has to remain static or boring.  There are so many different types of cards and sets out there, why limit yourself?


One thing that thoroughly confuses me is the name of the product.  To my knowledge, 1999 was the second year of Fleer's Tradition line.  And, like the seminal output in '98, the cards are super glossy with edge-to-edge photos.  Which is great, don't get me wrong.  But, what qualifies that as traditional?  Maybe if your traditions began in 1992, I guess, but I don't think that's what they were intending.  Am I missing something?


Well, one bit of nostalgia that found its way into this Tradition set was card no. 6 of the great Stan Musial, the lone retired player that made the cut.  I guess it's kinda like Topps did with using card no. 7 for Mantle in its latter day releases, but a lot less annoying and tiresome. 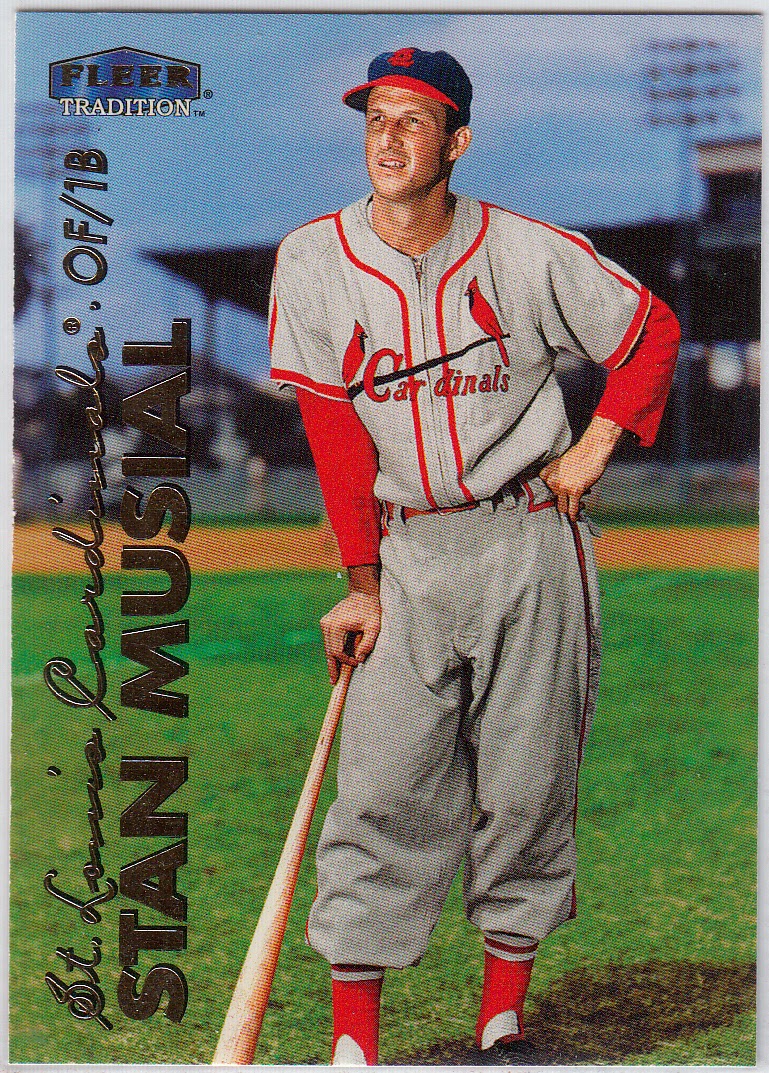 Keep in mind, I'm biased because Musial is of Polish heritage (born Stanislaw Fransiczek).  My good ol' Grandpa Kaz, when he's talking about Musial, will always call him Stasiu, which would be his nickname in the Polish language.  Ask Grandpa, and Stan the Man is right up there with Matthew, Mark, Luke and John.  So, yeah, Musial is my favorite of all baseball's legends of old. 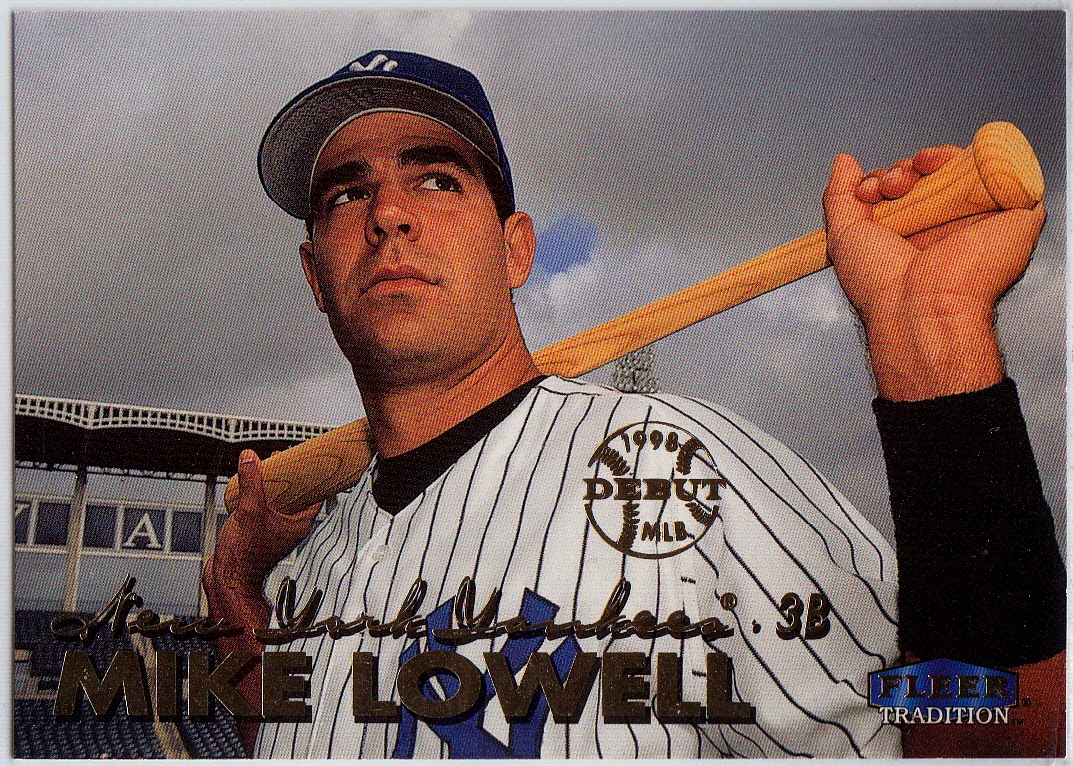 Nevertheless, beginning in 2000, Fleer Tradition began using their vintage card designs as the template for their base cards, and some bit of normalcy was bestowed upon the brand.  And, it kinda became dull.  No more "Daddy/Son" cards or catchers popping bubblegum, etc.  But, at least it was more true to its title, for whatever that's worth.


If you like horizontal cards as much as I do, your palette will be sufficiently whetted by this 600-card set.  You've got your plays at the plate, double plays, bang-bang plays at third base, fancy portraits, and all sorts of outfield acrobatics. 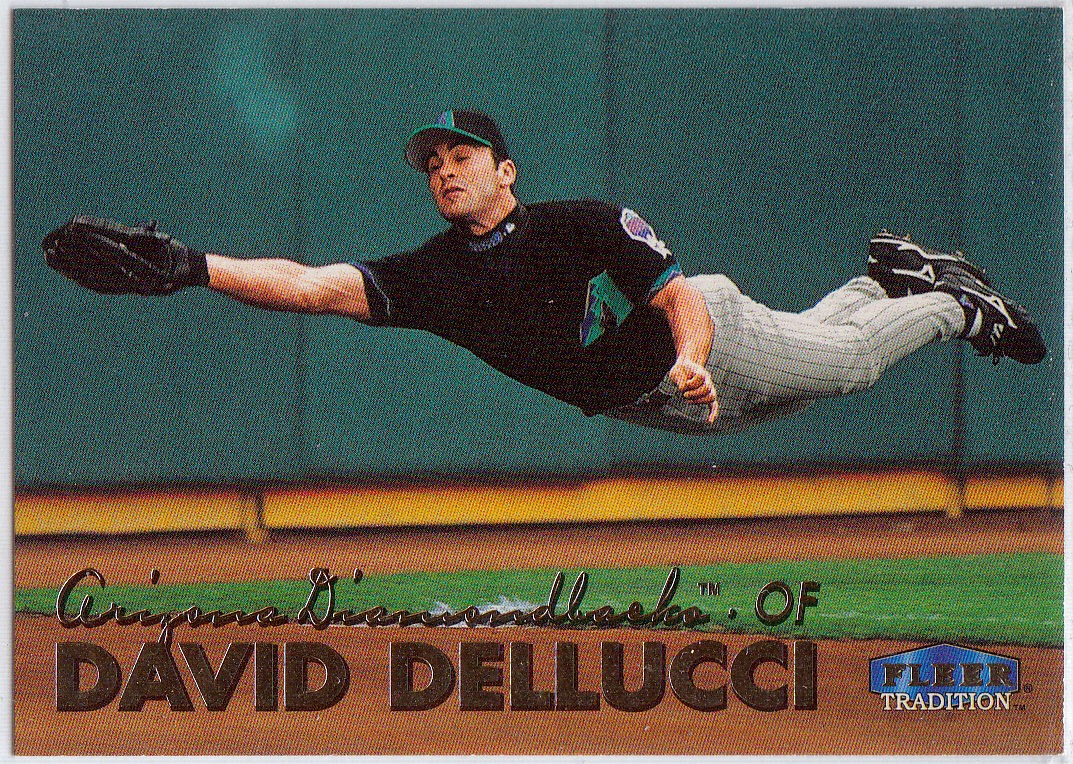 I guess if I want to add some beef to my Horizontal Heroes frankenset, I would do well to track down dupes of some of these cards.  I mean, it became a challenge to pick just a few cards to scan for this post.  Every album page had at least two or three "Look at me!" pieces of art. 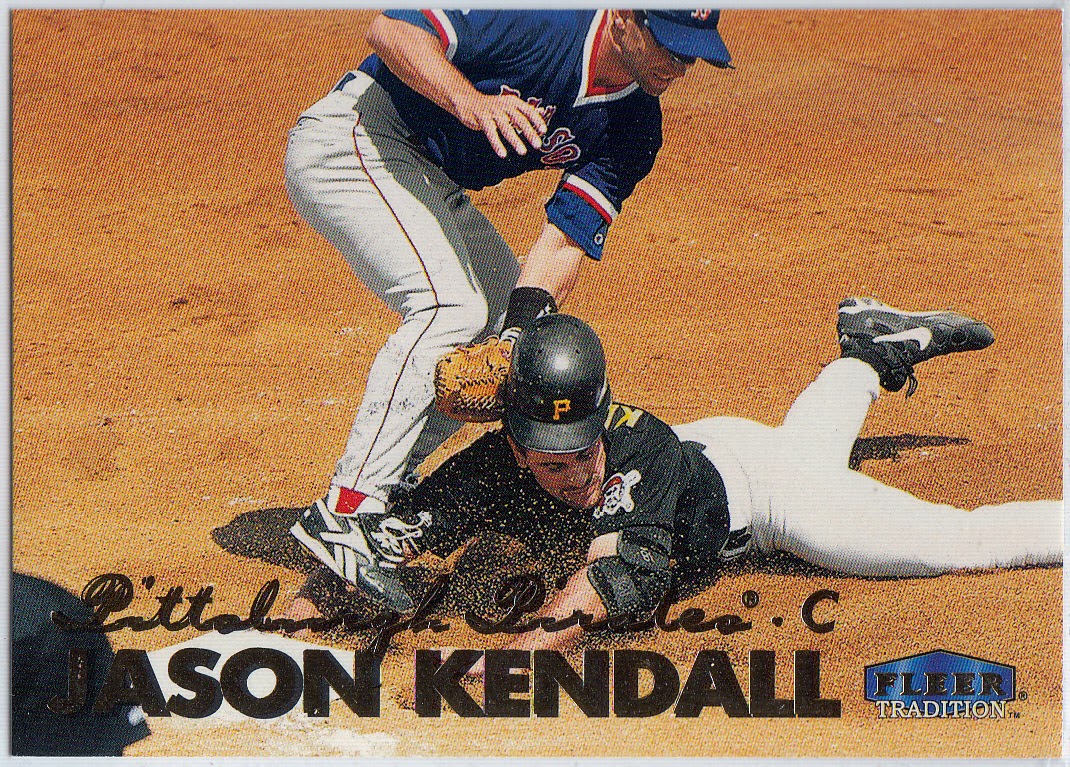 Now, there is one little nitpick I have with this set.  Because, well, there is no such thing as a perfect score. But, it kinda irks me that the horizontal cards are designed to sit in the binder pages with the bottom edge of the photo lined up on the left side of the pocket.  This is opposite of how 99.9% of sets orient their cards.  So, yes, my OCD receptors twinge ever so slightly when going through the binder.  Not enough to ruin my experience by a long shot, but worth mentioning. 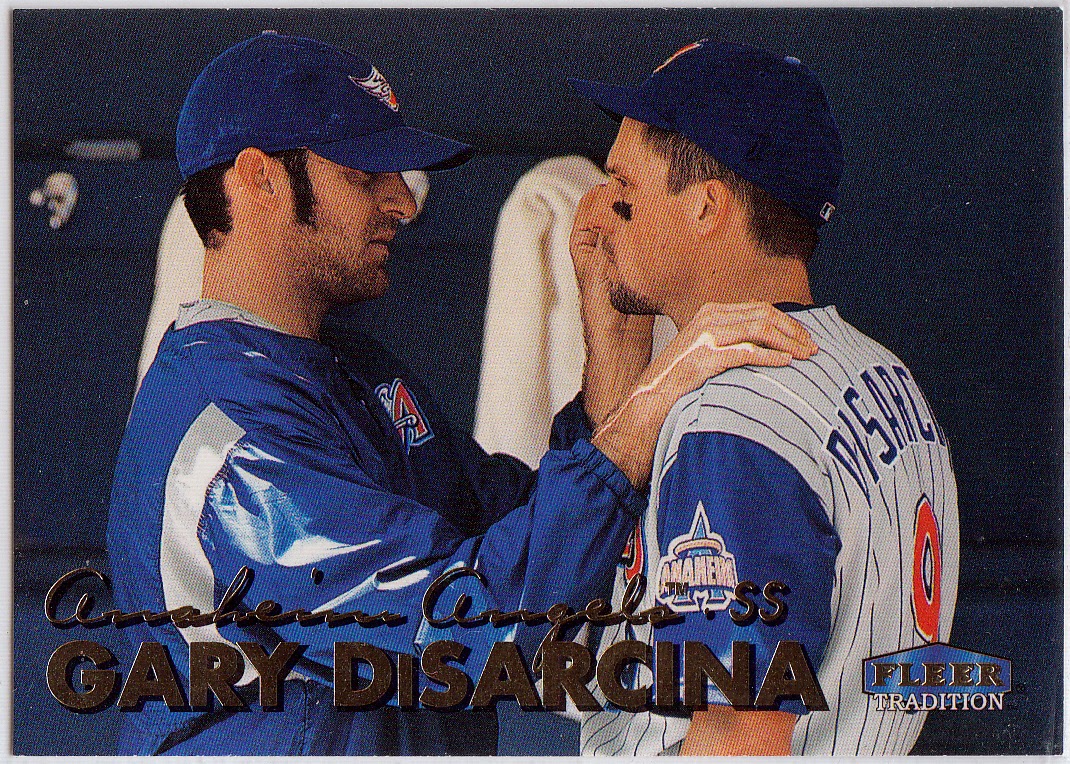 With so many different brands of cards to collect during the late '90s, it had to be dizzying to figure out what was available, never mind deciding what to collect.  I'm almost kinda glad I was dormant in the hobby during those years.  Yet, when you come across a set like '99 Tradition, the excellence of the era comes into focus. 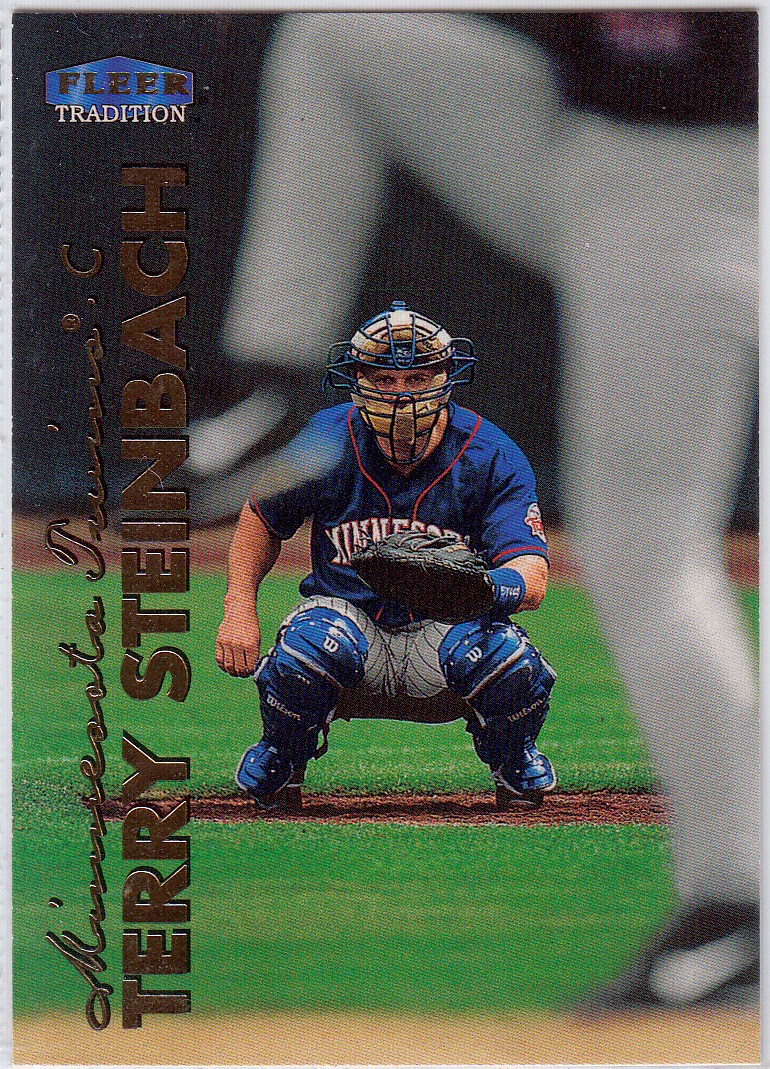 I'm certainly glad I got to experience this set up close, albeit many years later.  And I'm thrilled to have it in my collection.