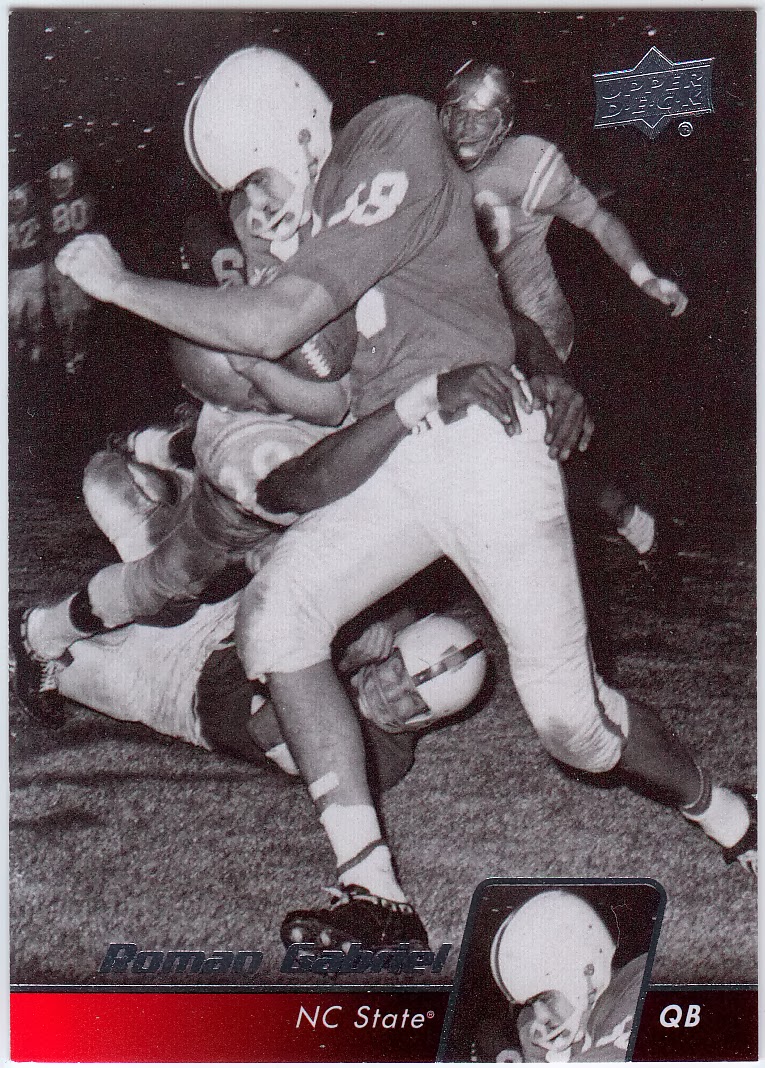 Since it's Super Sunday, I think it's appropriate to lead with a football card.  Not that it matters, but I'm leaning towards Seattle pulling the upset.  Call it 23-19, Seahawks.  I'll be rooting for Mr. Manning and the Broncos, however, since I can't stand the bloated ego that is Pete Carroll.  In the end, it's not the Bills playing for the Lombardi Trophy, so I won't lose sleep either way.

This card of the great Roman Gabriel comes to us courtesy of the dollar-story loving Douglas C. from North of the Border.  Doug is a fellow fan of the Bills and Mets, thus he's come through with some great cards towards my collection on both fronts (stay tuned for later in the post).

But, this card of the former NC State star and NFL All-Pro is part of the "Gabriel" themed section of a recent package Douglas sent my way.  In case you're not a regular reader, my now one-month-old son is named Gabriel, so I've been keeping my eye out for cards of any players named Gabriel or Gabe.

And, even though Gabriel is the last name of the player on the above card, I'll still count it.  Likewise, if you have any Peter Gabriel cards, I'll take those, too!  [Ed. Note: I'm sure someone made a Prog Rock Giants of the '70s card set, right?]

If you're familiar with Buckstore Cards, you know Douglas is a big-time hockey guy.  So it wasn't a surprise that he was able to find this trio of Gabriel cards from the world of NHL hockey.  I made a brief cameo as a hockey collector, probably when I was 12 or 13, but nothing since.  It's pretty neat, then, to see some of the newer cards.  These are all welcome additions to the Gabe collection, and I'll be sure to check on their respective careers moving forward.

Okay, now onto something a little more familiar to these parts: baseball cards!  And Douglas included some doozies. 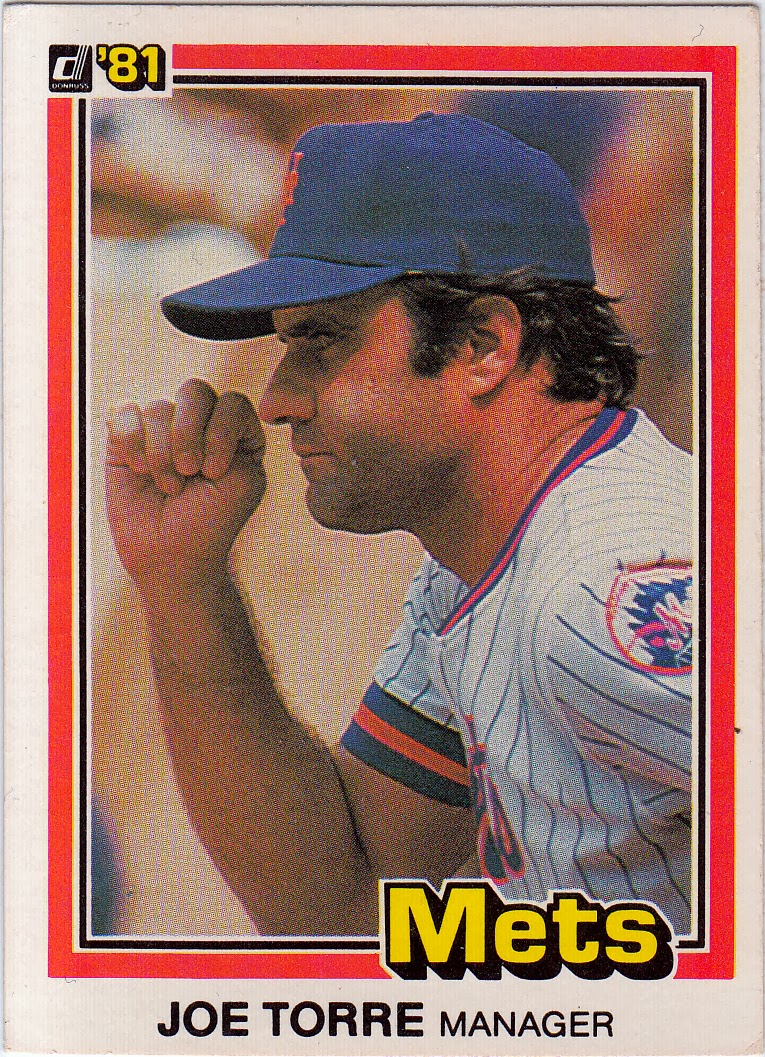 Before he was the toast of New York as manager of the Yankees, Joe Torre was skipper of the bumbling Mets for five seasons in the late '70s and early '80s.   The Mets didn't finish higher than fourth in any of Torre's seasons at the helm.  What can you do, he didn't have much to work with.

I haven't seen this '81 Donruss of the former NL MVP before, and it will be a nice addition to the All-Time Mets Project.  I've now got Torre the player and Torre the manager covered!

None of the following players qualify for the ATMP binder since they haven't logged a big league appearance. But, each of them could be denting the collection in the very near future. 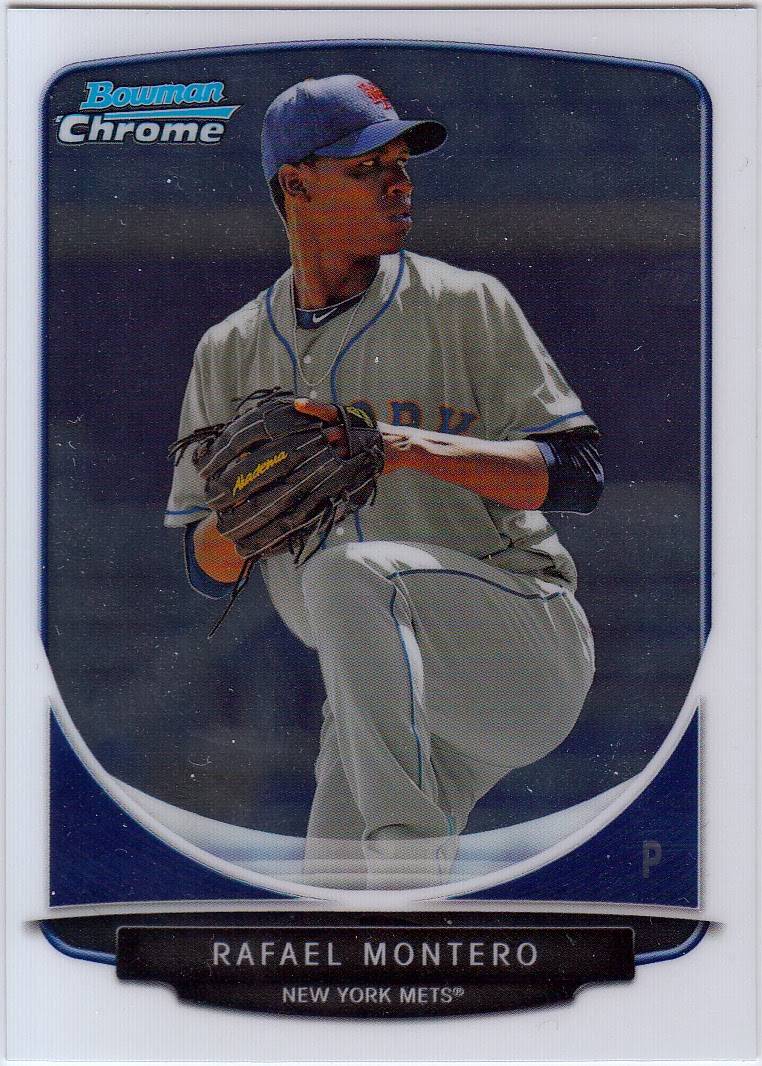 Rafael Montero could be coming to Citi Field sooner than later.  He compiled a 12-7 mark with a 2.78 ERA between Double-A and Triple-A during the 2013 season, and he's rated as a top-three prospect in the Mets chain. 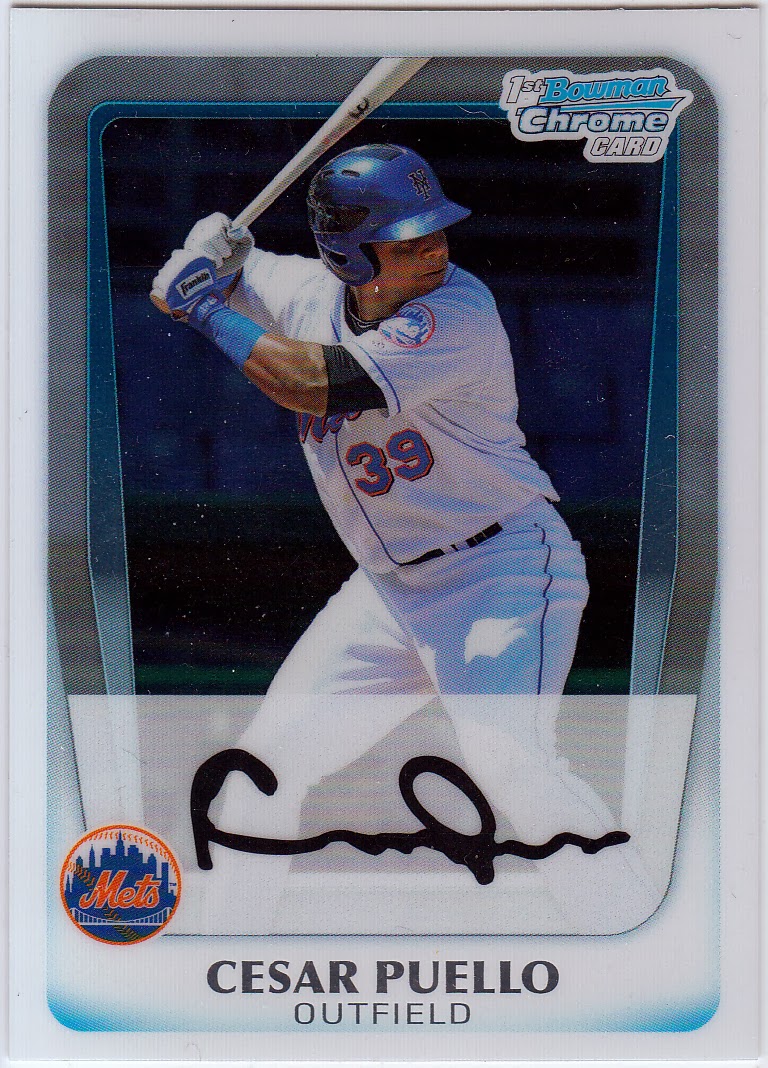 Though his career hit something of a snag last August thanks to his connection to the Biogenesis mess, outfielder Cesar Puello put up a pretty impressive season at Double-A Binghamton in 2013 (.326, 16 HR, 73 RBI, 24 SB).  What his value and future stake in the organization is remains to be seen, but it looks like he's got the right stuff from a talent standpoint. 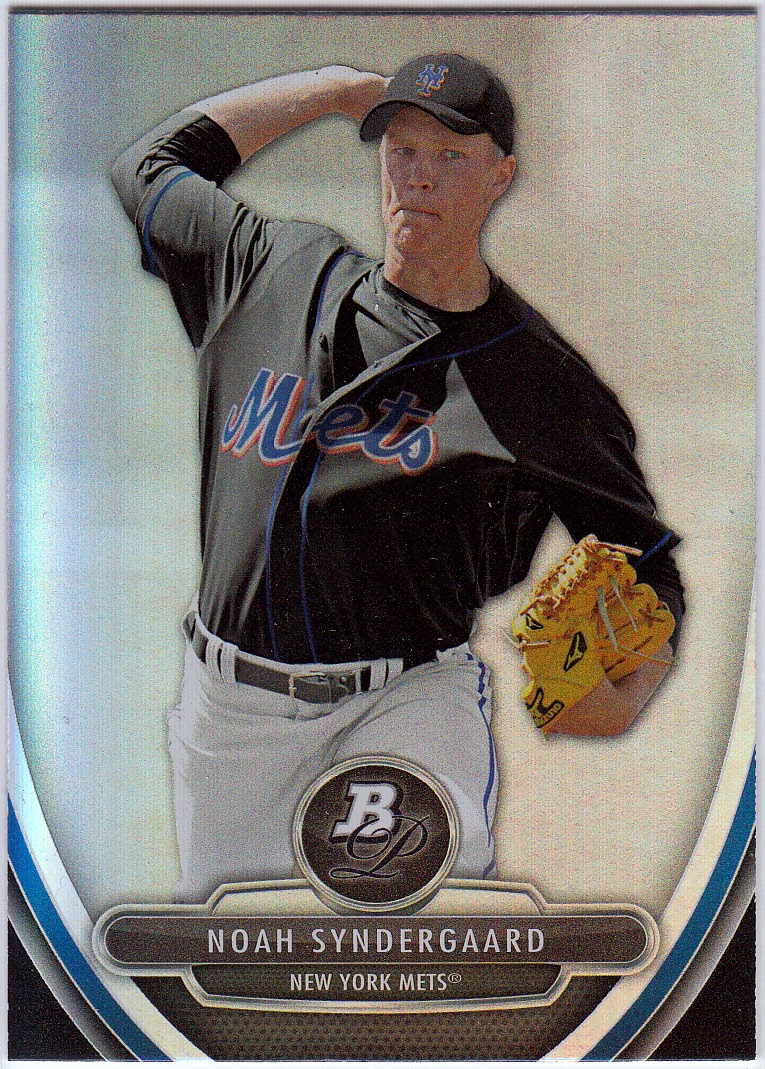 There's no doubt about where Noah Syndergaard fits into the future plans of the Mets: front line starter.  Noah was one of the parts that came back to the Mets in the Dickey trade, and he's been stellar to say the least.  He averaged better than 11 strikeouts per 9 IP at Double-A last year, where he fashioned a 6-1 record in 11 starts. At 6'6" and 240 pounds, Syndergaard is a big body with nasty stuff.  Exciting stuff! 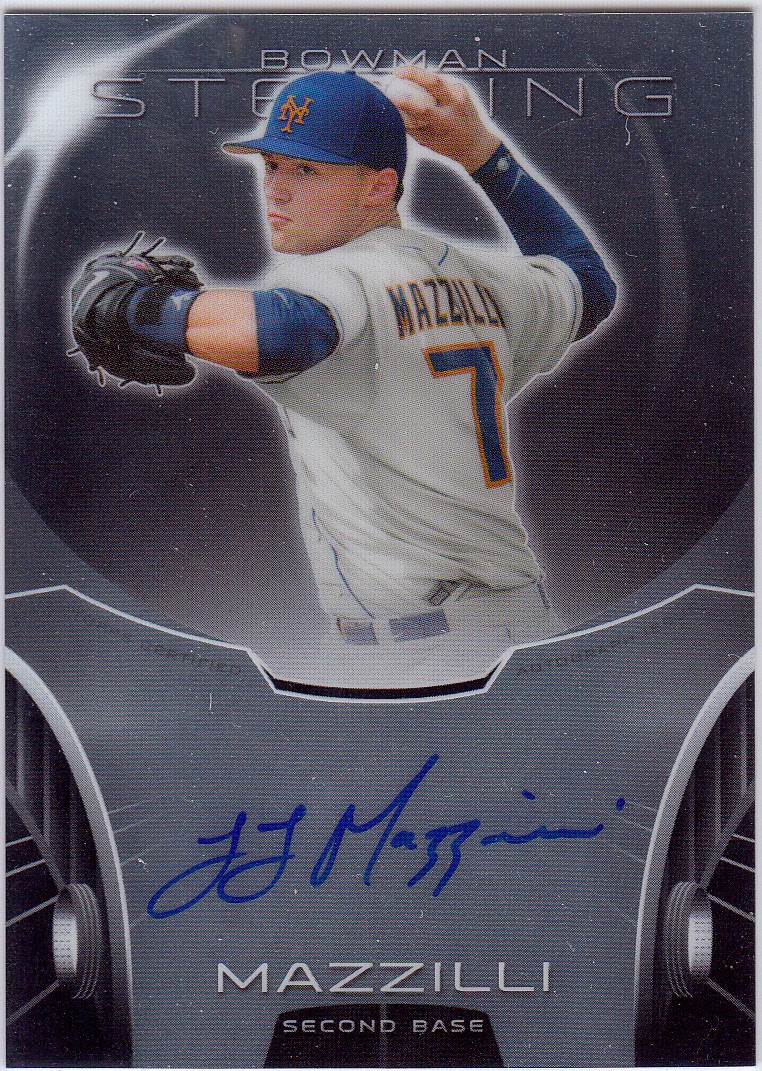 Douglas has wowed me before with special loot from Bowman Sterling and, just like last time, I was surprised and then floored by what I saw.  If the last name looks familiar that's because it is.  This is the son of former big league All-Star and '86 World Champion Lee Mazzilli.  What a great auto to have!

The Jr. Mazzilli was drafted out of UConn in the 4th round by the Mets just last June.  He played ball for the short-season Brooklyn Cyclones of the New York-Penn League in 2013, putting up .278 average in 273 at-bats. His given name is Lee Louis, thus the "LL" in his signature.

I'm flattered to receive such a cool card.  I'll be anxious to follow Mazzilli's career and see if Lee Jr.'s path also leads to a big ballpark in Flushing, NY like it did for his old man.

As always, thanks for the fantastic loot, Douglas!