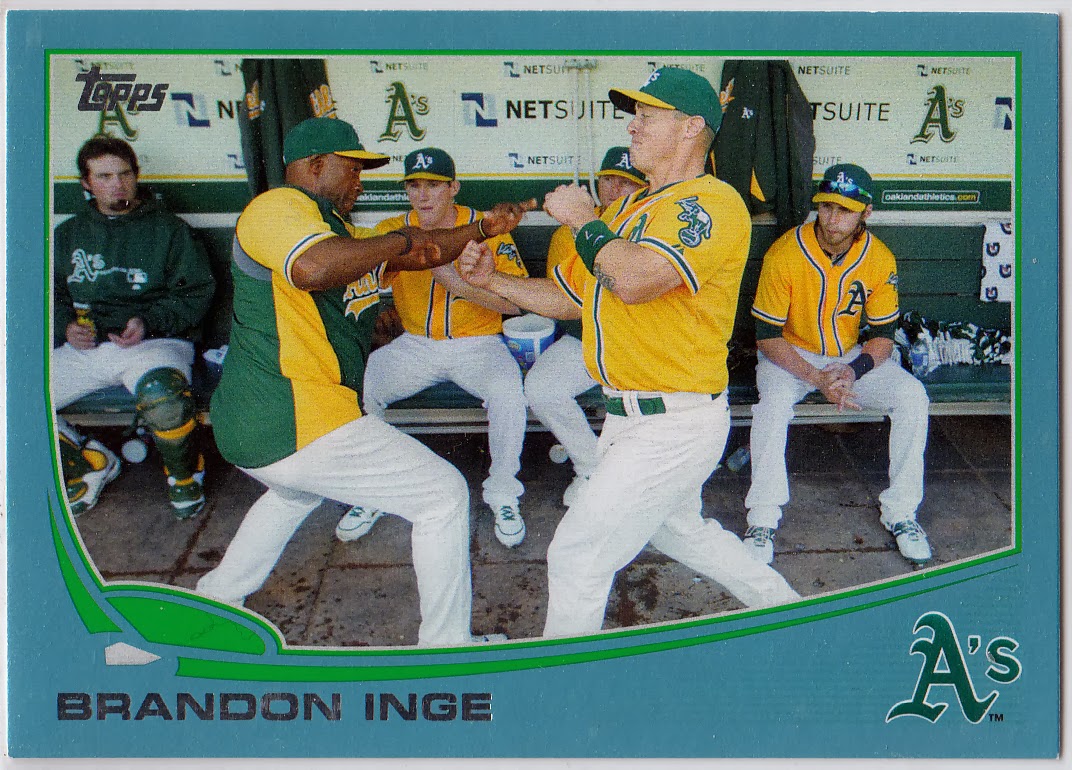 Please forgive my trespasses; that title is an unnecessary and vulgar abuse of verbal communication.  But, it had to be done in order to satisfy the quota of creative, albeit corny titles for posts on a sports card blog on Tuesdays ending with an even number.

Now that we've moved beyond the hijinx, allow me to tip my cap to a longtime friend of the blog, Tim B.  Tim runs the Home of the Toddfather blog, chronicling the man's love of all things Todd Helton and the Rockies.  We've essentially been trading cards for as long as I've had my blog, so it's always a pleasure to receive correspondence from him.

Thoughtful as always, Tim revived one of my cardboard quests which had been dormant for far too long.  I can't recall the last time I added any new Series 1 Wal-Mart blue parallels to my 2013 Topps mission.  Tim came through with the remedy, though, and added nine new cards to my counter, which now reads "273 of 330 cards" or 82.7% complete!

Given my recent obsession with horizontal cards, Brandon Inge's entry into the 2013 Topps checklist was a no-brainer for the lead-off card in this post.

And here are a few more.  I especially like how the bright orange jersey in the Endy Chavez card complements the blue borders of the card.  It's very Metsy. 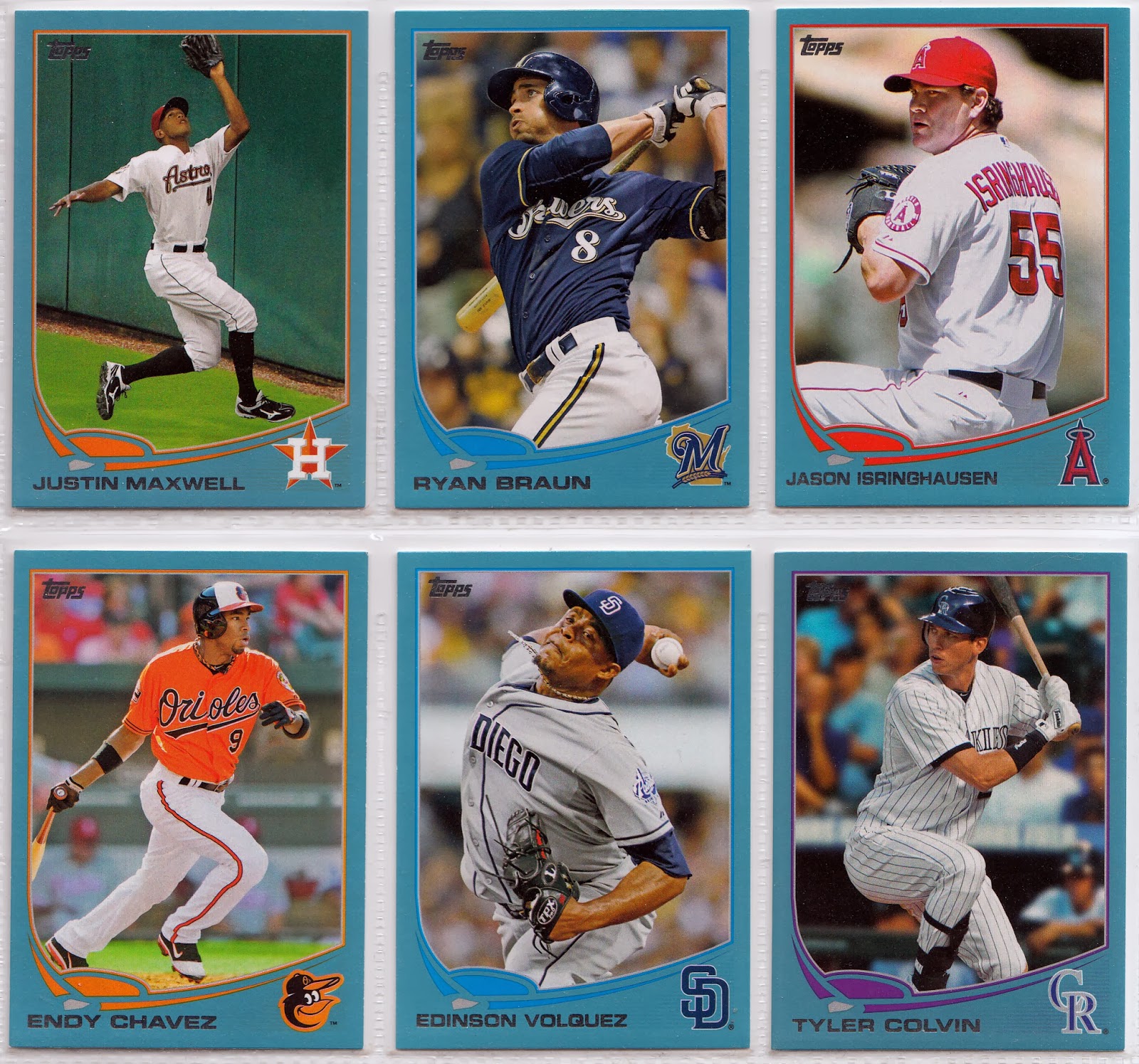 Now that blizzard known as 2014 Topps has collapsed on top of us, I was starting to get the awful feeling in the pit of my stomach telling me that 2013 pursuits were starting to get away.  The longer unfinished sets linger, the tougher they get,  especially when you're trying to knock off a parallel version.  Another reason why I'm A-OK with calling it a day when/if I complete Series 1.

But, Tim's gesture has renewed my drive, and I plan to go all Chuck Norris on the remaining 57 cards I need to put this set to bed.  Well, at least when I'm not trying to soothe a screaming baby or changing diapers or washing dishes so mommy can get a break or...  Okay, you get the drift.

Oh, and speaking of the little guy, I have two new cards for the Gabriel collection, as Tim came through with these two sharp numbers: 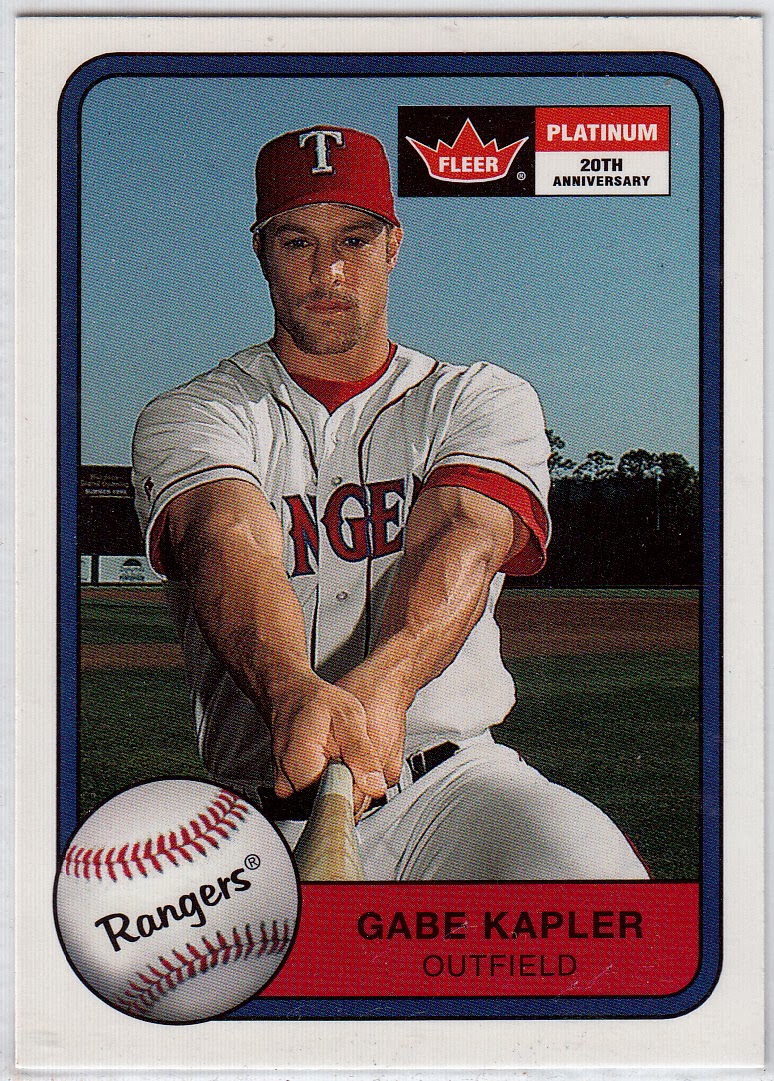 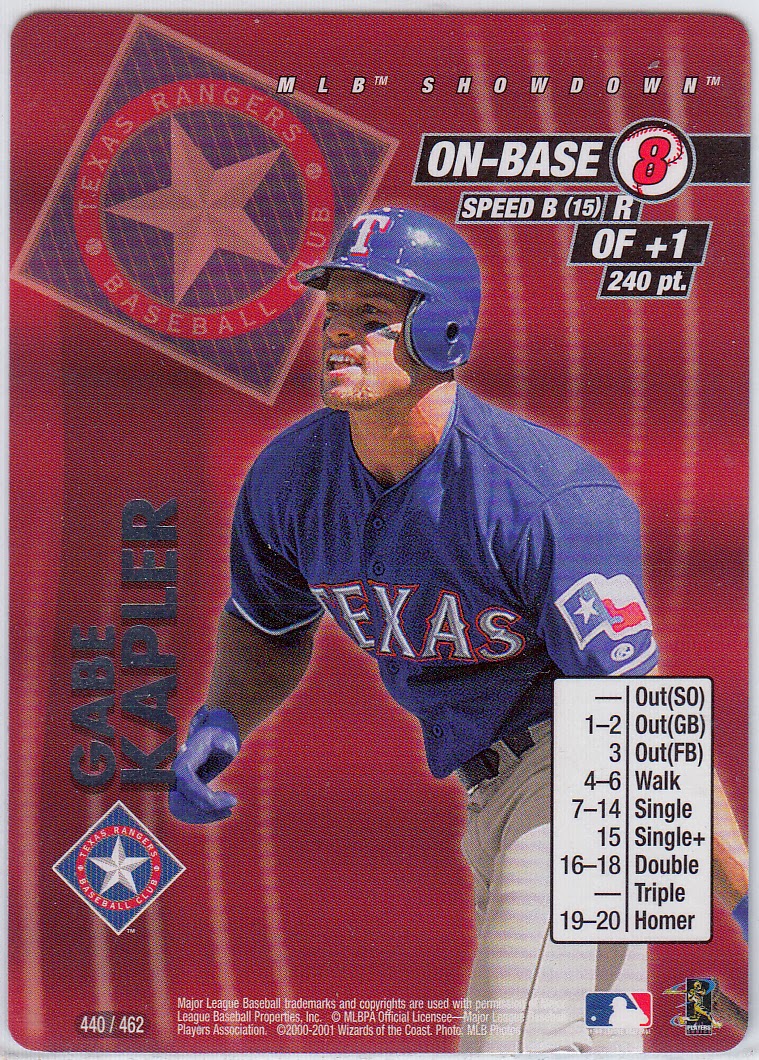 One of the neat things about trading with Tim is that I can count on getting cards from sets I never collected.  In this case, both of these are from 2001, a time when I was dormant in the collecting game.  Fleer Platinum never disappoints (or at least it seems that way), while these MLB Showdown cards are cool in an oddball sorta way.

As always, thanks for keeping me in mind, Brother Tim!