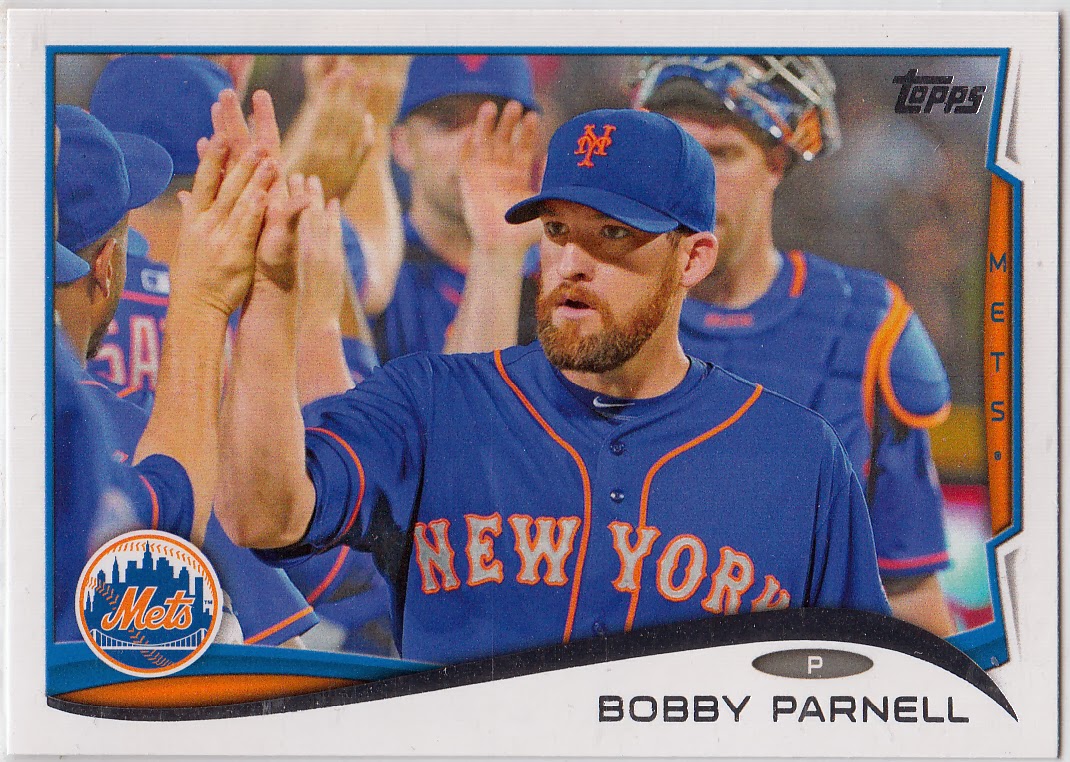 Courtesy of my main man Marcus of Backstop blogging, we have what I'd have to say is probably the best of the Mets cards from 2014 Topps.  Now, mind you, I've only bought two rack packs of the stuff so far, thus I can hardly claim to be an expert on all the Metropolitan cards included in the Series 1 checklist.  Nonetheless, I've done my homework via reading the other blogs, so I think I've probably seen the others.

By far, the horizontal landscape cards are the superior examples of this year's design.  They make the insufferable tab much more, well, sufferable [Ed. Note: Not a word, I suppose?]  More than that, they make the 2014 Topps base card pop!

At least that's the case here on Babby Parnell's card.  Slated to once again handle closer duties in Flushing this season, we see the red-bearded Parnell slapping five after a New York victory.  And, as seems to be the case in most Mets cards from this set, Bobby and the boys are wearing their alternate blue tops.  I didn't love these rags when the 2013 season dawned, but it's grown on me and I accept it for what it is. 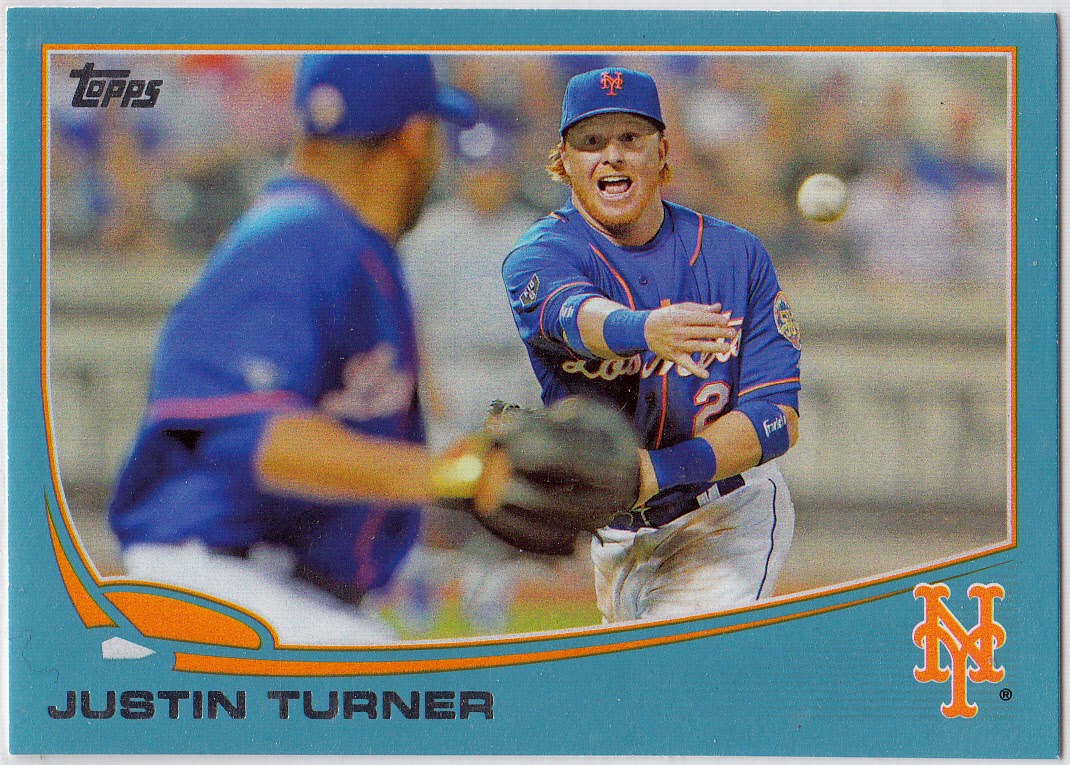 Speaking of alternate uniforms, another card that my amigo from down Texas way sent me recently is this gem from last year's Topps Wal-Mart parallel set.  An argument can be made that Turner's card was the best of the Mets last year.  It doesn't hurt that John Santana makes a cameo, nor the fact that the Los Mets jerseys are on display.

A coincidence that my favor has fallen on cards of players with red scruff on their faces?  I remain silent. 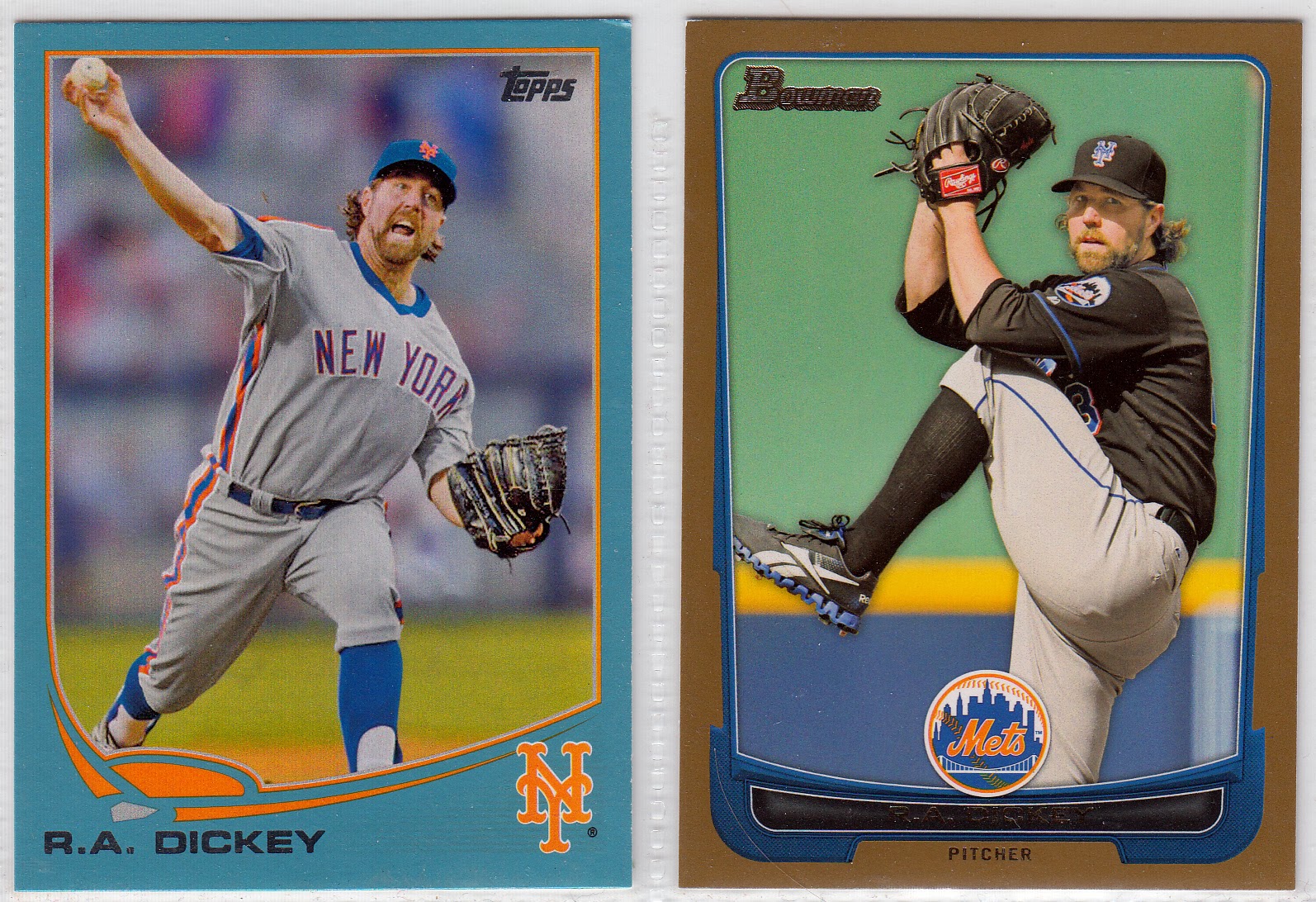 Keeping with the parallel theme, a duo of Dickeys for my collection.  The blue 2013 Dickey will take its spot in my player collection of the former New York knuckleballer.  Meanwhile, the gold Bowman 2012 parallel might squeak its way into my All-Time Mets Project binder.  Currently, the white base version of R.A.'s 2013 card is in that spot, but I'm partial to the wind-up shot of Dickey that Bowman presents.  That plus the black unis with the card's gold border make this a classy looking piece of cardboard.

Oh, and speaking of the ATMP, I failed to mention that the Parnell at the top of the post is 100% going to represent the New York closer in that particular collection.

Two ATMP candidates in one envelope: not a bad trick, Marcus! 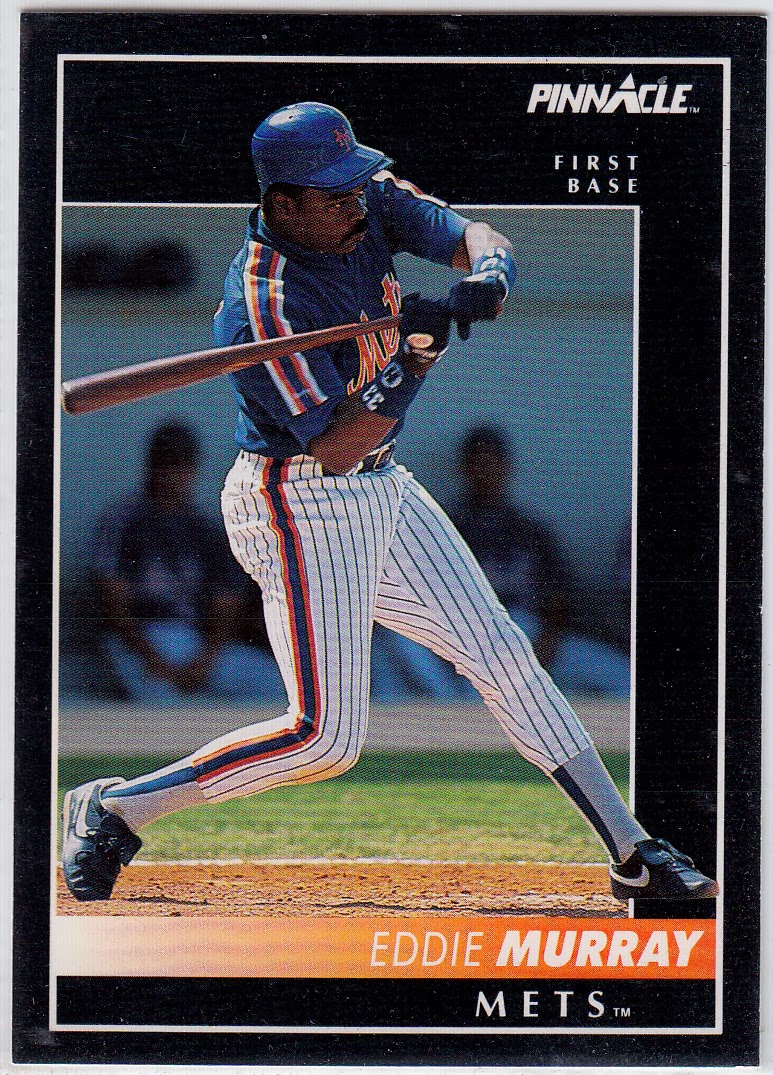 Next up, some Pinnacle from the past, with this 1992 Eddie Murray.  If you follow Marcus' blog, you know the man has a huge soft spot for '92 Pinnacle.  I like it okay, but it's not my favorite from the era.  Then again, I have awful taste in cards since my favorite set is '89 Topps.  And '90 Topps.

Oh, and how about some Pinnacle of the Future: 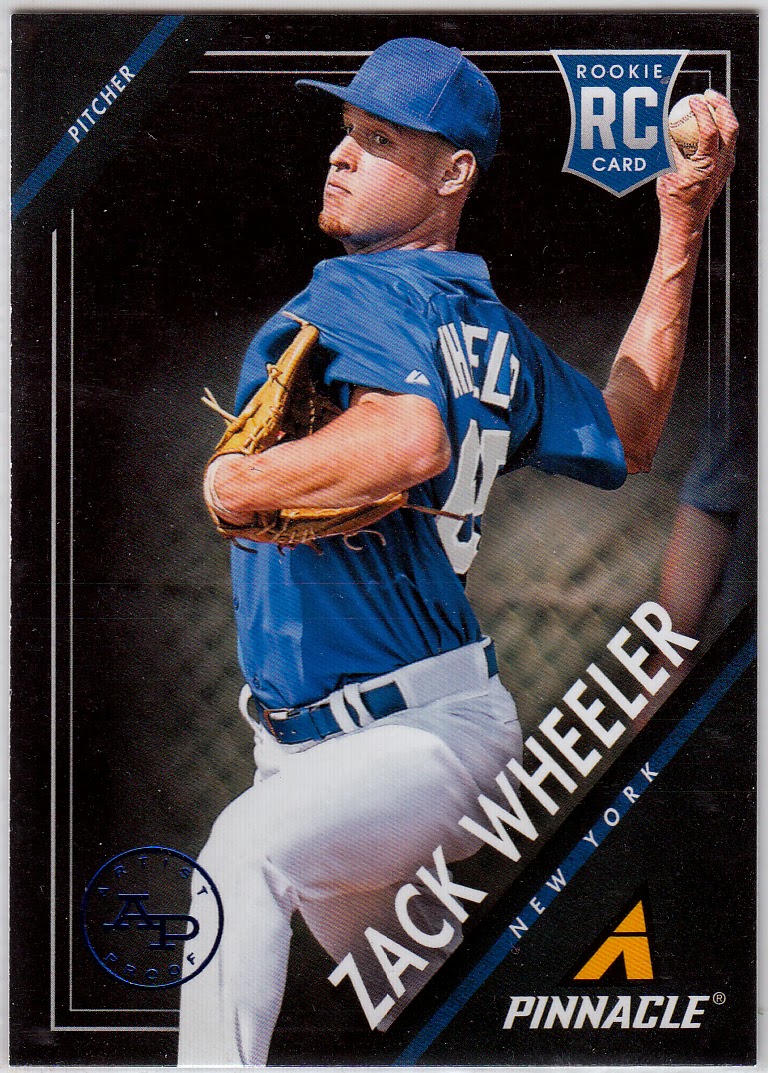 These Pinnacle '13s would likely the best cards from 2013 if not for the lack of MLB licensing.  Can you imagine how amazing these things would look with team logos and non-airbrushed photos?

Regardless, this is an attractive looking card of young Mr. Wheeler.  And, not just any card, but as the bottom left denotes, it's an Artist Proof.  Way cool!  Not sure how rare or short-printed these things are, as I never bought any Pinnacle last season.

Finally, a card that should speak volumes.  Just soak it in... 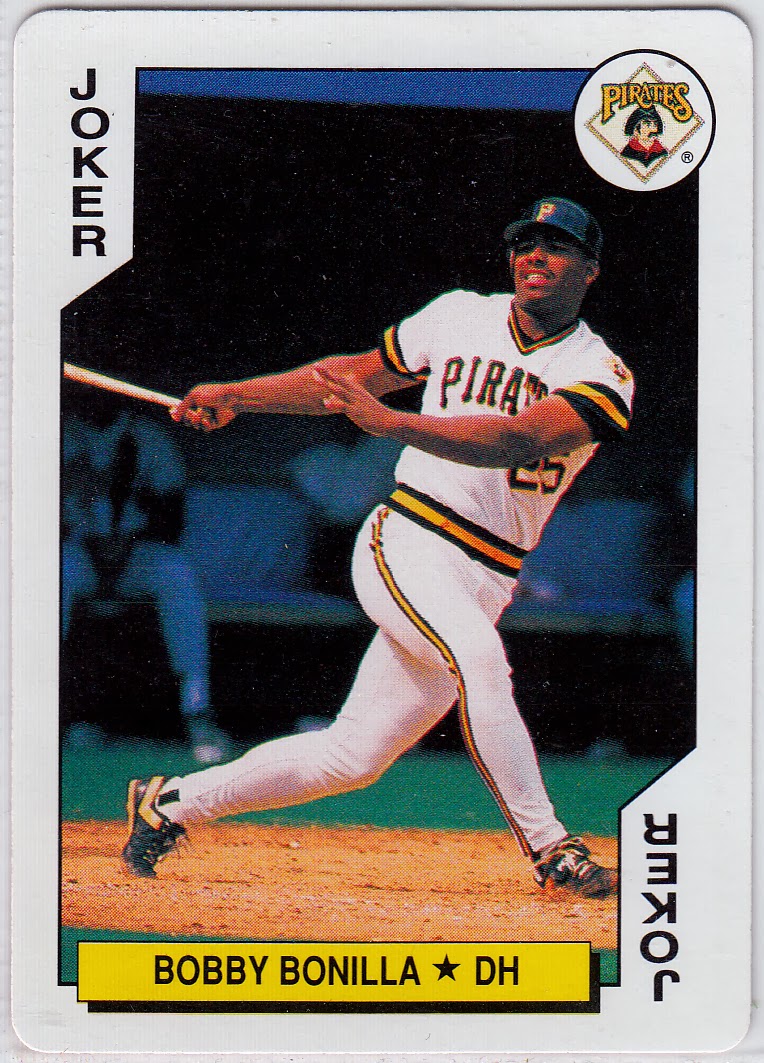 Commentary not necessary, I think.

Thanks for some cool loot, Marcus!