Believe it or not, I didn't stop at the local Target on my way home to get these.  Yet, here they are sitting on my kitchen table.  A pair of 2013 Heritage blister packages, each containing three packs and three black-bordered parallels.

Originally, I was going to treat myself to a Gypsy Queen rack pack or two.  I've not purchased any GQ packs to date, but I've decided I might try 'em on for size this year. I like what I've seen around the web and on the various blogs that have posted blaster or box breaks.

However, my Target is infamous for being a day late and a dollar short with new releases and, predictably, there was no GQ in sight. Bummer!

But, just as I was about to grumpily exit stage right, I spied two facings of the above hanger packs chilling out next to The Walking Dead dog tags and Littlest Pet Shop stickers.  Very exciting, since I haven't seen these yet this year.  And, I loved collecting the black parallels in last year's Heritage set.

On top of that, it was in a blister pack of 2012 Heritage that I pulled the greatest card I shall ever stumble upon.  So, I'm kinda partial to these things, to say the least.

Could I possibly net another once-in-a-lifetime hit like the Mantle auto from one of these fancy blister packages?  Let's find out...

I guess I'll start with the base cards. 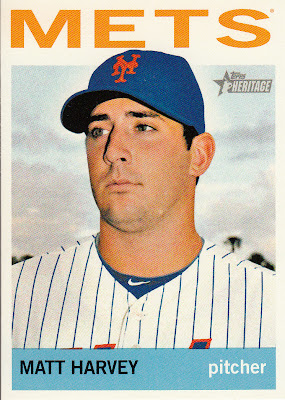 In six packs, I netted just 11 new base cards.  But, I guess that's to be expected when you're already one hobby box, three blasters and a rack pack into the chase.  I actually already have this Harvey card, but after the game he pitched Wednesday night, he deserves a little face time!  Plus, I can now add this to my Mets collection.

Aaahhhh, wonderful, beautiful short prints!  Three SPs in six packs is pretty good work, too.  The one downer is that I already have the Ortiz.  But, this one'll take its place in my Big Papi colletion, so no biggie.  Besides, I'm too thrilled to get the SPs of  Mike Stanton and Mr. MVP, Buster Posey, to be upset.

As far as inserts go, just one availed itself to me from the six packs. 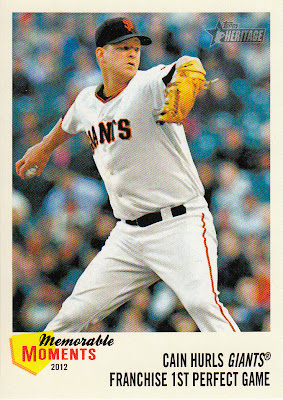 Not too shabby.  Plus, it's the second substantial SF Giants card from this mini-break.  It wouldn't be the last.

Now, onto the special black parallels. 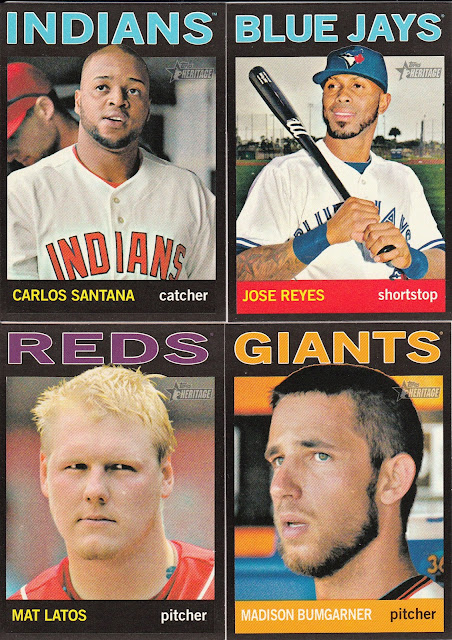 I'm definitely diggin' the looks of these!  I love the Reyes card and -- Hey look! -- another key cog in the Giants' world championship team, Madiosn Bumgarner.  Man, did he pitch the crap out of the ball the other night or what? 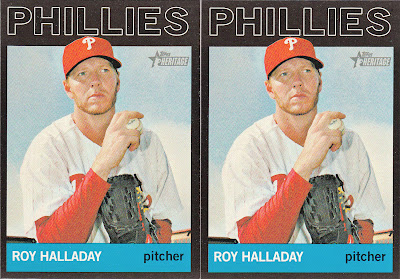 Guh.  A buzzkill for sure.  No, they didn't come in the same package, but that's just plain bad luck right there. Oh well, I could do much worse than getting duplicate Halladays.

So there ya have it.  No cut autos or relics this time around, but plenty of good stuff just the same.  I'll definitely be buying more of these in the future, as I'd like to at least fill up three nine-pocket pages worth of these black cards, like I did for last year's product.

And, some time soon (hopefully!), I'll be posting a list of all my duplicate base cards.  So, if you're working on the set, check back over the next week and maybe I can help your cause.