Cards from the Northwest 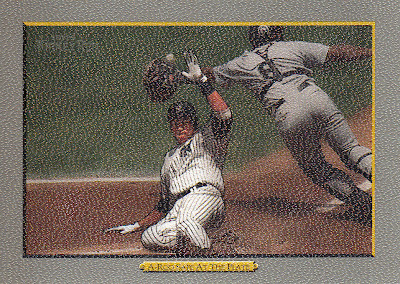 Hopefully this card of the oh-so-likable Alex Rodriguez hasn't scared anyone off, because this post is dedicated to cards I recently received in the mail from Kerry in Portland, Or. -- the Cards on Cards founder and COO.  Kerry is a quality individual and I wouldn't want to detract from the spirit of the gesture.

Besides, this is an outrageously cool Turkey Red card of the controversial slugger.  You'd have to be wearing an A-Rod hatin' hat the size of Oklahoma to not acknowledge that.

And, while I've got you softened up a bit... 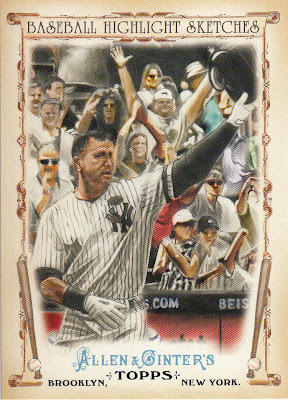 His face is a little, um, squishy in this rendering, but ultimately this is a pretty nice little sketch commemorating Alex's 600th home run.

Okay, for the faint of heart, you can uncover your eyes as the A-Rod portion of the post has come to a conclusion.  But, admit it, it wasn't so bad after all, was it? 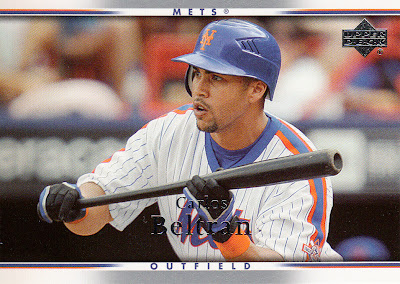 According to certain medical journals, the best way to wash away the aftertaste of exposure to Alex Rodriguez cardboard is a dosage of awesome throwback uniforms.  So I've heard anyway.  This card from 2007 UD Series 2 shows Carlos Beltran wearing the uniform of the 1986 World Champions, replete with the 25th anniversary patch on the left sleeve. 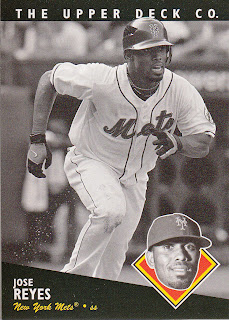 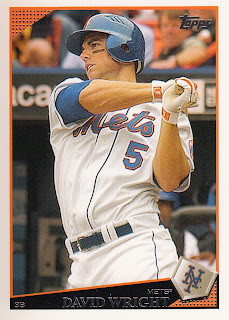 UD Timeline is a very confusing brand for me, especially since I didn't buy packs of the stuff when it was newly on shelves.  My only exposure to it nowadays is via trades as well as rummaging through discount boxes.  So, forgive me if I'm uncertain if this Reyes is a base card or a subset issue.  I guess it doesn't matter, it's a cool card.  The Wright, meanwhile, is one of David's best Topps base cards ever.  Possibly only his 2010 is better. 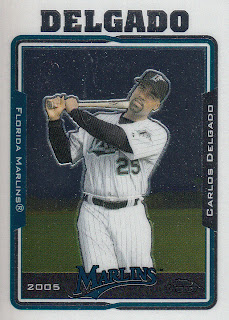 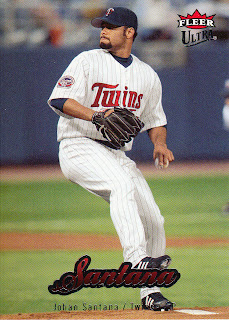 A couple of Mets before they became Mets.  Great photo of Carlos Delgado; latter day Topps needs to feature more of these type of shots.  Fleer Ultra from the '00s all kinda look the same to me.  That isn't necessarily a bad thing, but I'd be taking a total shot in the dark if asked to name the year just by looking at a random Ultra card from the last decade. 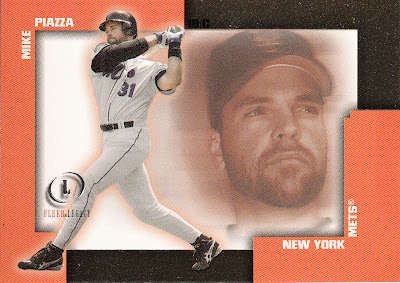 Speaking of Fleer, this Piazza is from a set I have never seen before.  2004 Fleer Legacy.  Pretty snazzy if you ask me. 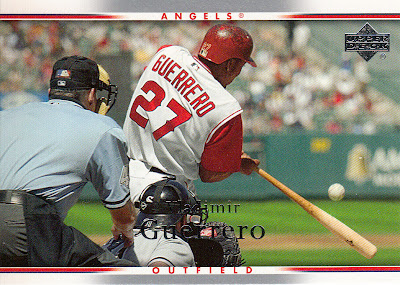 Another specimen from 2007 Upper Deck.  I absolutely love the photo used here of the great Vlad Guerrero. Umpire, catcher, outfield fence, bat about to smack the ball.  All the ingredients for a deliciously composed card. 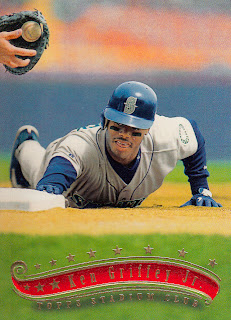 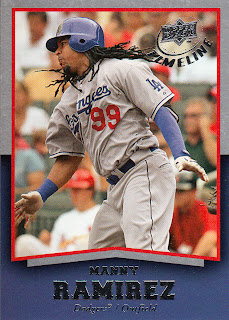 My favorite Stadium Club design, 1997, featuring The Kid.  I've got this for my '97 set checklist already, but this will be a fine addition to my Junior collection.  And here's another sample from the UD Timeline catalog. This looks like a base card to me, so that's what we'll go with.  If it ain't, then I give up! 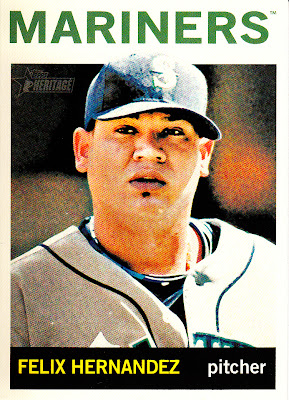 By the way, this Felix Hernandez SP was the thing that started the whole exchange between Kerry and me.  I've now got 32 of the 75 short prints from this year's Heritage product.  Not bad for progress, as we've only just reached Memorial Day weekend and the entire summer is before us. 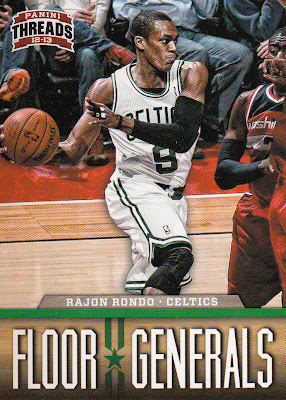 A splendid handful of Boston Celtics cards!  As you may or may not know, in addition to my love of all things baseball cards, I also collect cards of the Celtics as well as the Buffalo Bills.  Of course, baseball cards are my number one love, but I still have lots of room in my card-collecting heart for basketball and football.

Thanks for all the great loot, Kerry!