Oddballs are People, Too 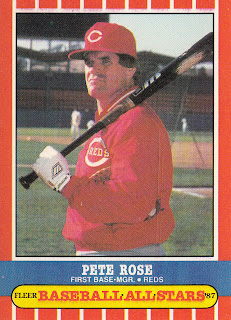 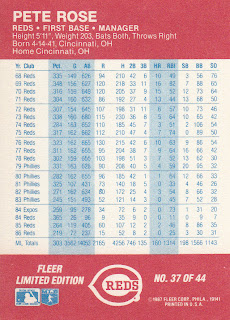 Even though I can't afford to buy them, I like high-end baseball cards.  Maybe if I'm lucky, I can find one or two mixed into a discount box a couple years after their release.

I also like tearing into packs, bristling with the hope of finding a Bryce Harper parallel or a chrome refractor autograph, etc.  I'm only human, after all.

But, above it all, for as long as I can recall, I've always been intrigued and especially excited for oddball issues. Give me a card set released at K-Mart from 1987 or a Wade Boggs card from a Diet Pepsi 12-pack any day of the week, and I'll be a happy collector.

To some, these things aren't as sexy as the Harper or the three-color relic, but these "oddballs", as we so affectionately refer to them, were the lifeblood of my early collecting days.  Hey, if they never put baseball cards in specially-marked boxes of cereal or granola bars, I would have never volunteered to help mom with her grocery shopping back in the day.

Thus, I've accumulated a pretty good collection of them over the years.  And, when eBay came along, I began to target those nifty mini box-sets that Fleer and Topps released via retail outlets and supermarkets.  I was able to hunt down quite a few.

With that in mind, I figured I'd pluck an oddball or two every so often and share 'em with ya.  I like to think of these little lost treasures as slump busters for when I've reached the stage of boredom with today's cards.  Sort of like a vintage fix, but with more of a Honey Boo-Boo flavor.

My seminal offering: the above Pete Rose from  Fleer's 1987 Baseball All-Stars set.  It was a 44-card compilation, featuring the stars of the day.  Typical gaudy and mismatched Fleer design on the front with the typically copious career stats on the reverse.  Lots to love.

Hopefully, I'll inspire you to dig up some of the oddballs in your collection and appreciate them all over again!