Catching Up (With a Little Help From My Friends), Pt. 1 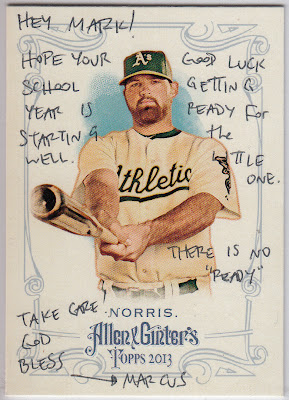 Whew, the past couple weeks have been a whirlwind!  Babies being born (not mine...not yet), trips taken, and housework piling up.  You name it.  I've fallen woefully behind on both my blogging and my daily blog reading. It's kinda like when you miss a few days or a week of work and spend an entire day or two trying to catch up on all your voicemails and emails, etc.  Not fun.

Luckily, this blogging thing is all about baseball cards, thus it is much more enjoyable than listening to a bunch of phone messages.

Anyhow, helping propel me back into the groove were a couple good friends of the blog.  Yellow mailers and a PWE from fellow bloggers were welcome sights recently.  And they usually do the trick in terms of getting me off my lazy duff and back to the keyboard and scanner.

Leading the brigade was the good-hearted Marcus of All the Way to the Backstop who sent me not one, but two yellow mailers recently.  Contained in one of the packages is the card you see above.  Clearly this is a Marcus original -- one that I'm sure Derek Norris would be okay with.  A very nice gesture presented in a most unique way! 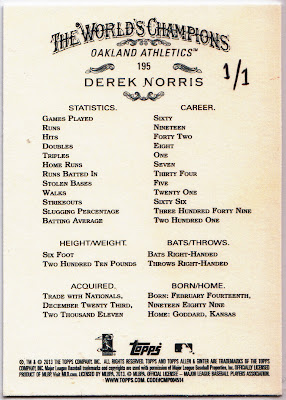 Headlining the first package were a quintet of George Foster cards.  If there were better sideburns during the '80s, let someone show them to me. 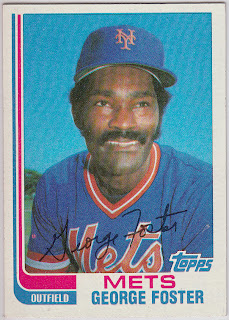 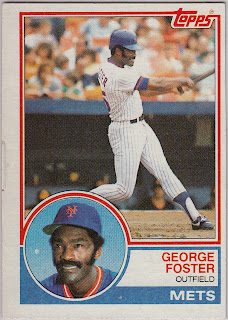 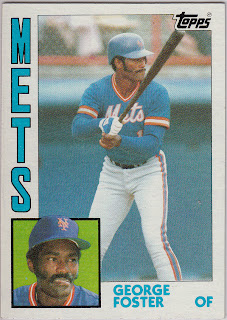 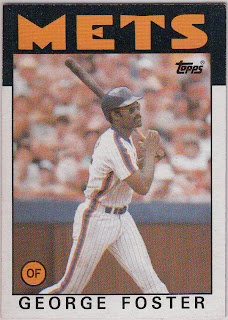 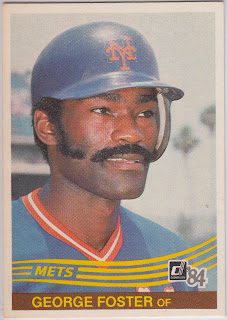 The closeup on the '84 Donruss might be my personal fave.  It really allows you to appreciate the facial hair stylings of the embittered Mets slugger.

As usual, I've not purchased at A&G this year.  It's just not my thing.  I actually really like the base set -- and I'll even put up with the strange non-baseball types that make their way into the checklist -- but I can do without the oodles of weird inserts about sea creatures and ancient warriors, etc.  Thus, buying packs of the stuff wouldn't make much sense for me.

But, I'm only too happy to be the recipient of some of their baseball-centric extras, such as the Across the Years inserts from this year. 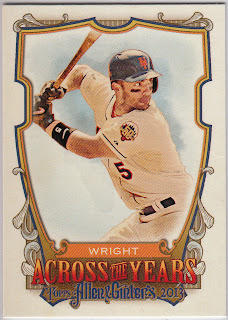 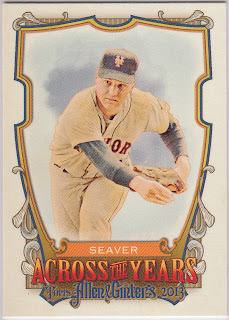 I feel like I've seen both of these photos before.  No matter, can't complain about the subjects pictured on the cards.

To finish off the highlights from the first package, a Met who ran himself out of town due to an inflated view of himself and an immature personality. 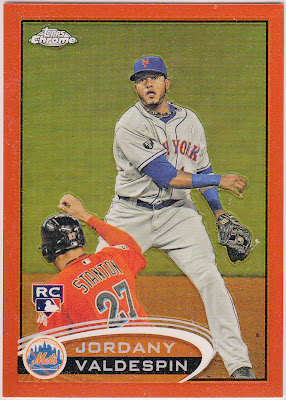 That, and he also cussed out Terry Collins in the clubhouse earlier this year.  Oh well, sucks for him, but this is a really great card of Valdespin!  And an orange refractor, to boot.

Okay, onto the second mailer, and I gotta show the prime highlight right off the bat: 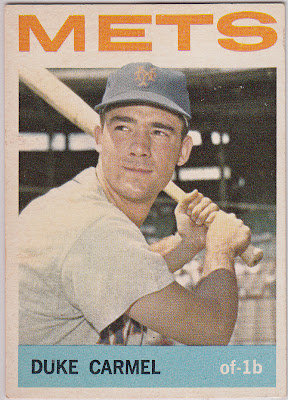 Score!  A stellar vintage addition to the All-Time Mets Project.  A nice-looking card in great condition.  Lovin' those '64s!  Leon James "Duke" Carmel was born in New York City and actually played for both the Mets and Yankees.  A pretty cool distinction for a hometown boy.  He spent just a partial season with the Amazins in 1963, playing 47 games and batting .235 with 3 homers following a July trade from St. Louis.  His time as a Yankee?  Six games, 8 ABs, zero hits and 5 strikeouts in 1965.  Ouch!

And, while the '64 Carmel is by far my favorite of the bunch, it doesn't at all deflate my excitement over the stash of 1994 Score Traded cards that also came in the second mailer.

To describe the design of this set, one might go with "Totally '90s".  At least I would.  And that's A-OK with me. Especially for a set that contains a top-shelf rookie like a Manny Ramirez. 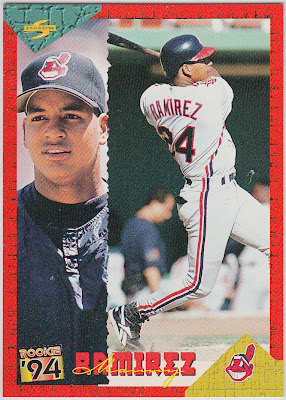 Or a freshly traded version of Pedro Martinez, who came to the Expos from Hollywood in November 1993. 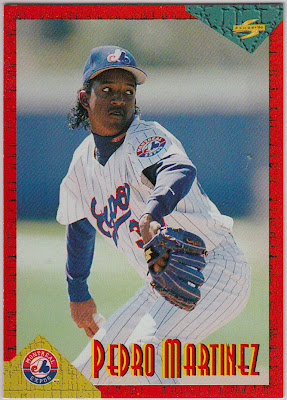 And a cross-eyed Fernando Vina.  (This one might have to supplant the '94 Collector's Choice card I already have of Vina in the ATMP.  It's just too good!) 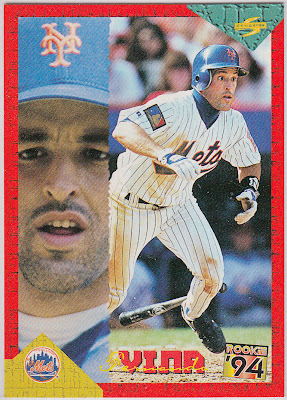 Plus, let us not forget the Gold Rush parallels.  Such things of beauty... 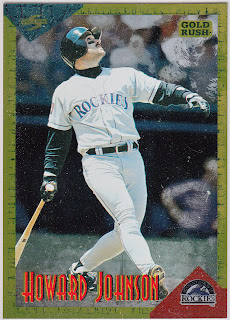 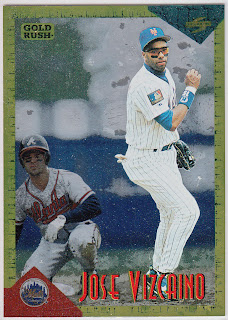 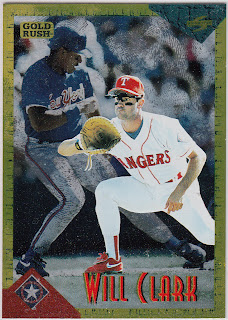 Very interesting Will Clark card, by the way.  I believe that is Ryan Thompson of the Mets scrambling back to the bag.  But, when and where would a game between the Mets and Texas Rangers occur in the pre-Interleague world??  Well, thanks to Wikipedia, it turns out it was an April 1, 1994 exhibition game between the two clubs at the brand new Ballpark in Arlington.  The first-ever game played at the park, actually.  How about that?

Per usual, my good buddy Marcus put a smile on my face with some great and thoughtful cards.  Many thanks to you, Backstop!

In Part 2 of this post, I'll show off the PWE love that recently came my way...