Blue Christmas (and Other Holiday Delights) 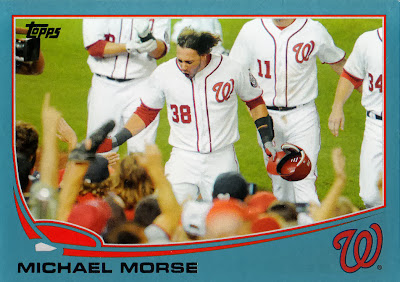 I was the recently recipient of some cardboard holiday cheer courtesy Brian of Base Set Calling.

Responding to a prior post which detailed my set collecting pursuits, Brian was able to corral quite a few of the cards I needed.

One of those sets that wasn't mentioned in that post but has been an ongoing collecting journey is the Series 1 Wal-Mart blue parallel project.  Fourteen new cards entered the fray putting me at 80% complete! 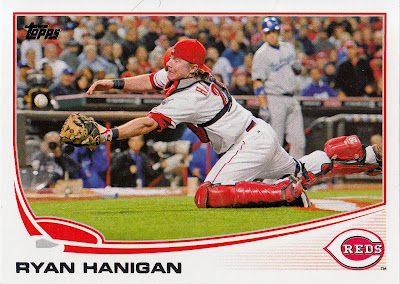 Meanwhile, I needed just 10 more cards to put to rest 2013 Series 2 Topps.  And Brian was able to deliver all 10, including this awesome Hanigan card.  By far one of the best action shots of the entire set.  And, with that, I've finally accomplished all 660 cards from this year's base set.  A hearty 'thank you' to Brian and all my other fellow collectors who aided me along the way. 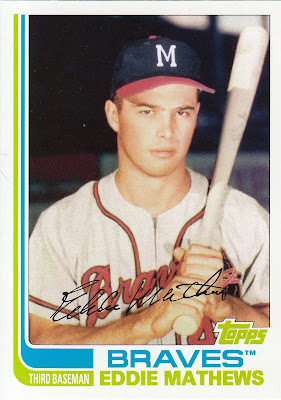 This handsome Eddie Mathews card was one of a handful of 2013 Archives cards that also came in Brian's package.

I'm down to needing just these five to make Archives a done deal in my collection:

And last but not least, I'm one card closer to completing my favorite of all the Topps sets... 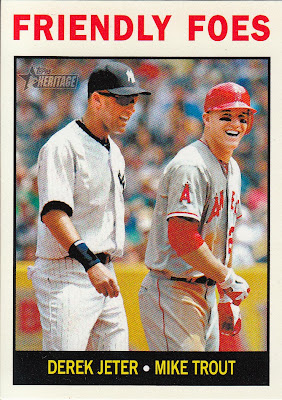 It gave me great satisfaction sliding this card into its snug new home in the appropriate binder sheet.  Just four more cards and 2013 Heriteage -- at least the non-SP portion -- will be a wrap.

Thanks for this very helpful and most impressive array of cards, Brian!