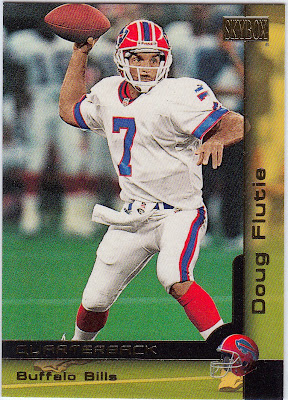 It's the final football Sunday of the regular NFL season, so how about a little pop quiz:  Who was Buffalo's quarterback the last time the Bills won a game at Gillette Stadium?

If you said Doug Flutie...you'd be incorrect.

Okay, I admit, this one was kind of a trick question.  The truth of the matter is that the Buffalo Bills have never won a game at New England's Gillette Stadium, a facility that opened for business for the 2002 season.

The Bills have lost all 11 games they've played at Gillette, and have dropped 12 straight away contests overall versus the Patriots, which includes the final game they played at old Foxboro Stadium.

Not since November 5, 2000, when Steve Christie booted a 32-yarder five minutes into overtime, have the Bills defeated the Pats in the state of Massachusetts.  And, yes, former Patriot Doug Flutie was the Buffalo QB on that day. 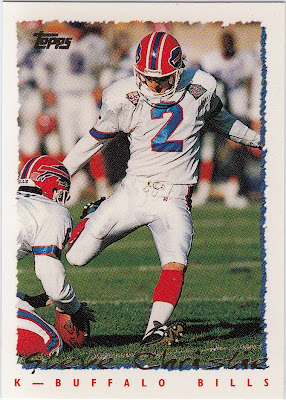 Since then?  Well, New England's football franchise has completely and utterly owned the Buffalo Bills at home and on the road.  Take on these facts:

-- The Patriots have won 24 of the last 26 overall meetings.

-- Nine times during the course of this 26-game stretch, the Bills were either shut out or held to single-digit point outputs.

So you see a big reason why the last decade and a half of Bills football has been so miserable.  You might be interested to know that I was actually 'in the house' for Buffalo's two wins over the Pats since 2000:  September 7, 2003 (31-0) and September 25, 2011 (34-31), both in Orchard Park.  Pretty impressive for someone who lives in Delaware and only goes to one game per season.  Sadly, my lucky streak dried up earlier this year when my friends and I attended the home opener against the Patriots, a 23-21 killer.

The last two starting quarterbacks to lead Buffalo to victory over Belichick: 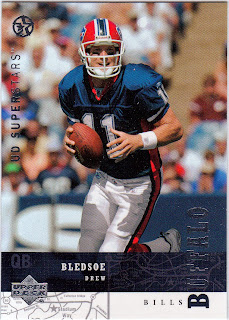 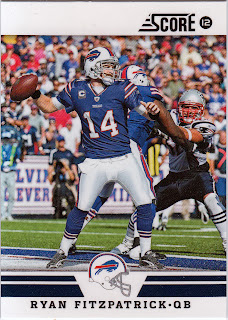 In addition to slaying the beast that is Gillette Stadium, the Bills also have a chance to accomplish a couple other significant things today.  With a victory, the Bills will have won three straight games for the first time since the beginning of the 2011 season.  Also, a win would give Buffalo a 4-2 division mark, which would be their first winning record in the AFC East since 2007.

Hey, when you're in the process of missing the playoffs for the 14th straight season, you've gotta find something that qualifies as progress.  And these three things would do quite nicely and at least send Bills fans into the offseason with some happy thoughts.

However, the Pats are a 7-point favorite and they have a chance at the top overall seed in the conference and a first-round bye at the very least.  I don't think Brady and Co. will squander this chance, not at home and not against the Bills.  Expect a game effort by Thad Lewis and Buffalo, but the drought will most likely bleed into the 2014 season.  Sigh...

For those of us who won't have a team advancing to the postseason, breathe it all in, folks.  This is the last time you'll see your favorite club til the training fields of next July.

And, thanks for bearing with me through all these Buffalo Bills posts throughout the season.