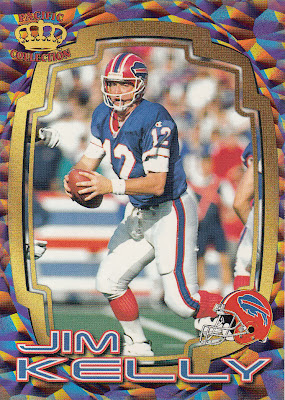 Unless you're a believer in miracles, the Buffalo Bills season will effectively end after their Week 17 game in New England.  With another losing season in the cards, the Bills (4-9) trek south to Florida for the second consecutive weekend, attempting to snap a two-game slide as they square off with the Jacksonville Jaguars (4-9) today at 1 p.m. on CBS.

Just a few short weeks ago the Bills had completed a whitewashing of the New York Jets, subsequently planting themselves within the "In the Hunt" category of the AFC playoff chase.  But, following their by week, Buffalo fumbled away a golden opportunity against the Falcons in Toronto and then, last Sunday, came out completely flat in an embarrassing loss to Tampa Bay.

While the Bills haven't been mathematically eliminated yet, they effectively need to root for an eight-way tie for the final Wild Card spot in order to sneak them in.  That would require Buffalo to sweep their final three contests while half the conference would need to either lose all of their remaining games or severely stumble down the stretch.  The way the Bills have performed of late, the former ingredient seems just as unlikely as the latter.

At the very least, these Bills need to show a little heart over the season's final three regular season contests. Today's opponent has done just that over the past month.  After beginning the year with eight straight losses, the Jaguars have won four of five games since their bye week, including three straight.

Including playoffs, the Bills and Jags have played 12 times since 1996, with the teams splitting the contests. And while this isn't a classic rivalry, the Jaguars have made a habit of being present during benchmark moments in Bills history -- for better or worse.

Right off the bat, the initial meeting between these two teams came in the first round of the 1996 playoffs, when Tom Coughlin's upstart Jags came into Buffalo and handed the heavily-favored Bills their first-ever playoff loss at Rich Stadium, 30-27.  If that wasn't bad enough, it also marked Jim Kelly's final NFL game, as the Buffalo QB was carted off the field late in the fourth quarter after sustaining a concussion.  Want more?  The Bills haven't hosted a postseason contest since. 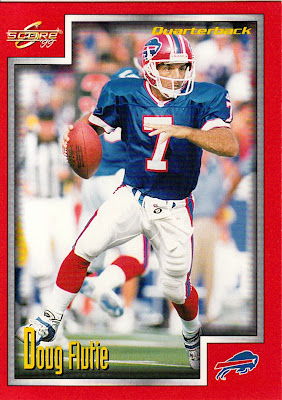 How about a brighter note?  Two seasons after the Jaguars ended the Kelly-era of Buffalo football, Coughlin's club helped usher in the era of Flutie Mania.  The Bills began the 1998 season 0-3 but, thanks to some Flutie magic, won their next five, including a last-second thriller over the unbeaten Jags in Buffalo.  With his team trailing 16-10 and facing 4th and Goal from the 1, Flutie turned a busted play into an endzone scramble around left end with 13 seconds remaining in the game.  The win brought the Bills to 3-3 and, more importantly, energized the football-loving masses of Western NY. 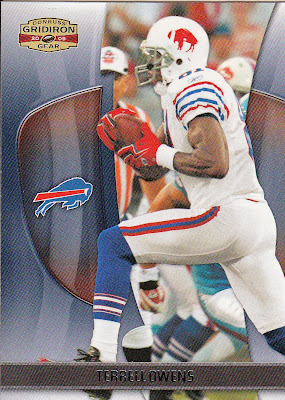 And, in 2009, the Bills celebrated their 50th season with...Terrell Owens.  The Bills brought in the notorious wideout for a one-year trial contract, amounting to nothing more than a marketing gimmick.  But, at least for one shining moment, Owens made his mark and established a Bills franchise record in the process.  In an otherwise forgettable November game in Jacksonville, quarterback Ryan Fitzpatrick heaved a pass nearly 50 yards out of his own endzone, hitting Owens and stride for what would become a 98-yard TD.  The Bills still wound up losing, but... hey, franchise record, right?

While it's impossible to predict whether a lasting historical moment will stem from today's edition of Bills/Jags, it's a pretty safe bet that we'll most likely see an uninspiring game between two sub-par teams.  Rookie EJ Manuel played about as bad a game at QB as you can play last Sunday, but he had plenty of help.  The offensive line was downright offensive and the defense allowed way too many big conversions, including an 80-yard TD run on the second play of the game.  And don't even get me started on penalties.

I'd like to think the Bills will bounce back and show some life and a lot of fight today, but when you're a Bills fan it's best to not expect anything good.  And just maybe you'll be pleasantly surprised at the end of the day.

My Week 15 Picks:  Call me crazy, but gimme the Dolphins (Pick 'Em) at home versus New England; the Panthers (-10) to dismantle the Jets; and the Redskins (+6) to cover in Atlanta.

May your beers be cold and your games high-scoring!