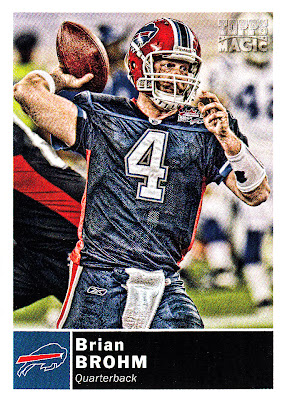 After observing their bye last Sunday, the Buffalo Bills (4-7) head north of the border to resume their 2013 slate, still holding the slimmest of postseason hopes.  Their foe this afternoon is a last-place Atlanta Falcons side that has managed just two wins in 11 games this year.  Kick-off at Toronto's Rogers Centre is set for 4:05 p.m., with television coverage being handled by FOX.

I'll try not to dwell too much on my complete and total disdain for this latest edition of the "Bills Toronto Series," which is essentially a money grab that robs the team and its fans of one true home game per season.  If you've paid attention to any of the previous five installments, you'll have noticed that this game is less a home game for the Bills and more of a neutral site encounter for both sides.  Not to mention the former SkyDome is a drab setting for any professional sport.

Buffalo is just 1-4 in games played in Toronto, so that just adds to the discriminating tone of this post.  The only win came in 2011, when the Bills came off a bye to beat the pre-RG3 Redskins, 23-0.  Otherwise, it has been a procession of forgettable efforts and results for the Bills.

Today, the dome-friendly Falcons limp north, but won't be subjected to the early December elements in Orchard Park thanks to this lousy agreement.  That's probably a big reason why the Bills are just three point favorites.

Anyhow, I said I wouldn't dwell too heavy on the Toronto angle, so I'll relent.  Buffalo last played in Week 11, stampeding Geno Smith and the Jets, 37-14, in a crucial contest.  That win, plus a series of events over the past two weeks, has the Bills just one game out of the AFC's final Wild Card spot.  Pretty unbelievable that a four-win team can still be in the chase at this point of the season, but such is life in the league these days.

Thus today is essentially the beginning of a five week playoff tournament for the Bills.  They can't afford another slip-up and they'll obviously need some help around the league for things to fall right.  But, nothing else matters if Buffalo loses today or anywhere else down the road this season.

Before I get any deeper with today's matchup, you might be wondering what the card up top has to do with anything related to...well...anything.  Wellp, Brian Brohm was the starting QB for the Bills the last time Buffalo and Atlanta locked up.  [Give yourself a bottle of Coke if you knew that; you are definitely a die-hard!]  Matt Ryan and Roddy White had a field day in the Georgia Dome during that matchup which resulted in a 31-3 Falcons romp in December of 2009.

Not one of the best memories from this inter-conference series, which Atlanta leads 4-6.  The Bills are winless in three tries versus the Falcons this century but, if patterns and trends hold water, today's game should fall in Buffalo's favor.  These two teams have alternated series dominance since the 1970s, when the Bills won both matchups during that decade.  Atlanta took victory in all three '80s meetings, but Buffalo dominated both encounters during the '90s.  And since their last meeting was in 2009, this is the first Bills/Falcons game of the current decade.  So, do with that what you will.

One of my favorite Bills/Falcons memories is from the '92 season, when Buffalo ran roughshod over Deion Sanders and Atlanta, 41-14.  Both Thurman Thomas and Kenneth Davis amassed 100 yards on the ground and the Bills outgained the Falcons 412-174 overall. 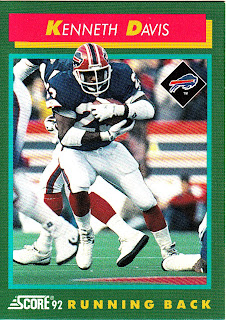 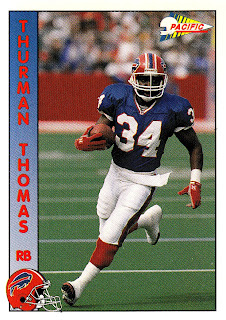 That win put the '92 Bills at 9-2 for the season; they would finish the year 11-5 and, well, they'd eventually land in the Super Bowl for the third consecutive season.  I will say no more!

Back to the future now, and the Bills should field a healthy squad today, with previously banged up wideouts Stevie Johnson and Robert Woods returning to action.  The bye week also gave CJ Spiller and Fred Jackson ample time to mend their assorted bumps and bruises.  The lone question mark for today on the injury front is DT Kyle Williams who woke up with back spasms on Friday.  He is likely a gametime decision.

The ultimate key for today will be Buffalo's defensive front against a Falcons O-line that has more in common with a MASH unit.  Therefore, end Mario Williams and his pals might have a good chance to tee off on Matty Ice and ground the Falcons passing attack. 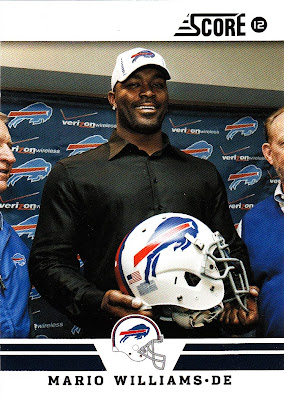 I'd probably be uber confident in the Bills today if not for a rookie QB under center.  That's not a knock on EJ Manuel, but you never know what you'll get from a young player coming off a bye week.  Especially given how masterful he was against the Jets two weeks ago.  If he continues that level of strong play, the Bills ought to be a good wager today.

My Week 13 Picks:  I'll take the Colts (-3.5) to bounce back in a big way against the red-hot Titans; the surging Chargers (Pick 'Em) to edge out the Bengals; and the Chiefs (+6.5) to cover against Denver.