He Ain't Huskey, He's My Brother 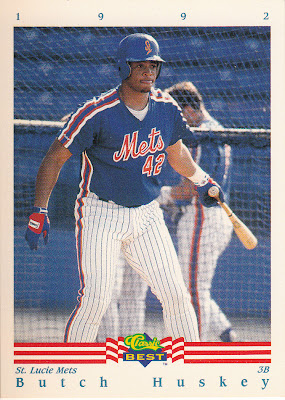 Someone recently asked me what my most obscure player collection was, and the first name that shot to mind was Butch Huskey.  It's not like I have hundreds of his cards or anything; heck I barely have 30..  But, it's not like there are thousands of Butch Huskey cards floating around out there.

No matter the quantity, my little collection of Huskey cards delights me whenever I thumb through it.  And getting a new card to add to the count is undoubtedly a happy occasion.

The above 1992 Classic Best is my newest addition, and it's also just the second card from the '92 baseball card year I have of Butch.  The other is a Bowman base card.  Other than the year they were produced, these two cards have one important thing in common:  They both came from Marcus at All the Way to the Backstop.

Now, Marcus and I have been swapping cardboard for almost a year now -- that's the longest of any blogger/collector I've traded with.  And more often than not, he finds a way to sneak a Huskey card into a trade package.

In other words, Marcus is a tremendous human being! 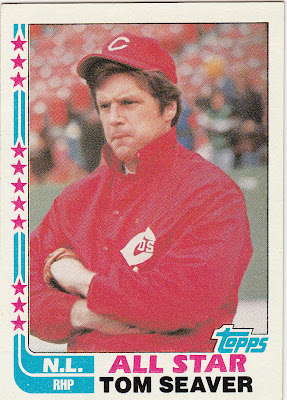 Many sound-minded individuals might be downright insulted that I'd opt to put Butch Huskey's card as the header of this post, rather than legendary HOFer Tom Seaver.  Truth be told, Tom Terrific looks pretty peaved himself. But, what can I say?  I really like Butch Huskey.

I really like this '82 Seaver All-Star, as well.  I was just mentioning recently that the number of '82s in my collection was minuscule.  Well, if you're gonna one to help boost your numbers, this is a great one to add!  This one, however, will be going towards my Seaver collection.

Another piece of fresh '80s cardboard also made its way into the package... 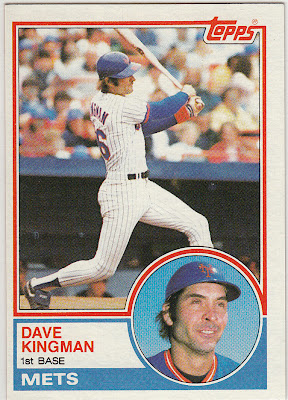 Wrap your mind around all that for a second.  Way more strikeouts than base hits, and more than one-third of his hits left the yard.  Talk about your feast-or-famine hitter! 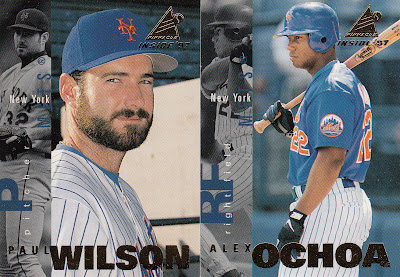 Like cat food and green beans, these cards were once inside a can.  Pinnacle Inside '97 cards came packaged inside of a can because...well...they, uh....because... 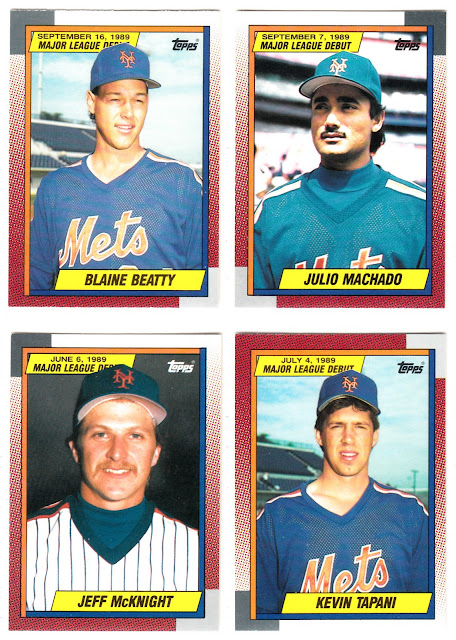 These are the four Mets cards from the 1989 Topps M.L. Debut set.  Mind you, this is the same set that featured stars like Junior Griffey, Sammy Sosa, Robin Ventura, and Albert Belle, just to name a few.  The Mets, meanwhile?  Julio Machado and Jeff McKnight, boom!  Well, at least Kevin Tapani is notable not just for making his big-league debut on the Fourth of July, but he was also one of the handful of names shipped to Minnesota in the Frank Viola trade. 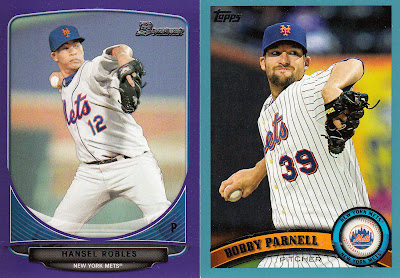 A pair of colorful parallels.  The Robles on the left is from this year's Bowman, of course.  Three of these purple-bordered cards are included in each retail rack pack, if I'm not mistaken.  That's how it was last year, anyhow, and I've not purchased any Bowman yet this year.

Sticking with the color-bordered vibe, a couple of parallel-centric set collection needs were addressed though this package, as well... 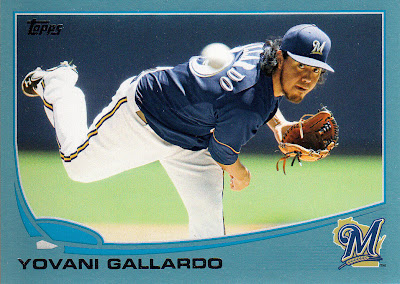 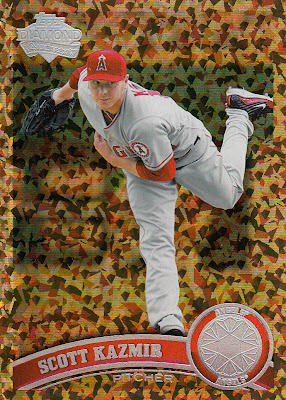 I'll conclude this entry with a duo of cards from a man who is used to being last, at least in alphabetical terms... 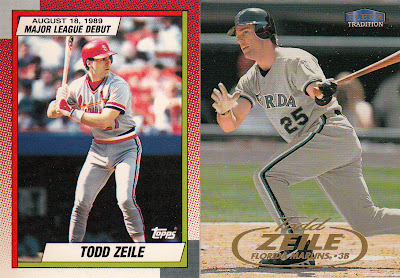 Oh yeah, Todd Zeile was also included in that '89 M.L. Debut set.  He never became a "star" like he was projected to, but he had a really solid big-league career.  And he had a lot of destination stickers on his suitcase, too.  Florida was one of 10 clubs Zeile played for after leaving St. Louis.

Marcus, thank you, as always, for the great cards!  I hope you -- and all the dads out there -- have a very happy and relaxing Father's Day!