Shopping with a Purpose 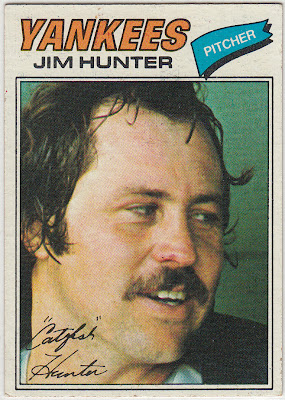 Howdy all!  Been a couple days since my last post.  I've been busy with work (our high school graduated Wednesday evening) plus a slew of yard work and home improvement projects and such.  But, you don't want to be bored by all that, I'm sure.

Amid all the bustle, I found more than enough time to hit the Concord Mall sports card and memorabilia show Friday afternoon.  It's a three-day weekend show that comes around every few months and it has become a calendar-worthy occasion.  Lots of vendors, and usually lots of good vendors, to boot.

Unlike my usual aimless card show excursions, I had a few clear laundry-list goals in mind for this show.  I'd like to share them over the course of this post and perhaps one or two additional.  We'll see how bored I get with the process.

These aren't in any particular order of importance...

I have a pretty decent portion of the '77 set in tact thanks to my Uncle Steve (a story I hope to tell very soon). So, I'm going to make a concerted effort to track down at least a few cards at every future show I attend.  The Catfish up top set me back a dollar, while each of the following was just a quarter: 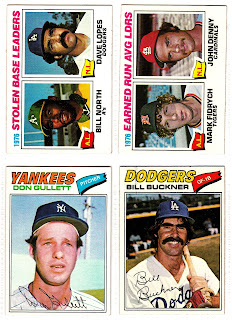 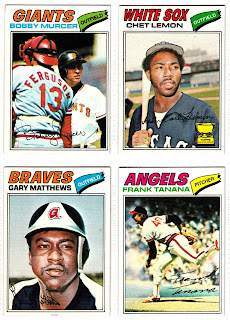 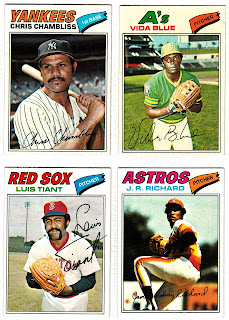 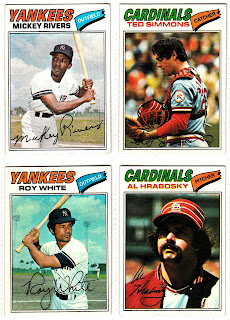 I was especially excited for the Mickey Rivers and J.R. Richard cards; they were my first of each player respectively.  Frank Tanana is also a personal fave, as he and I share a July 3 birthday.  He is card number 200 in the set, as well, I might add.  That was back when those type of card numbers were actually reserved for giants of the game.  And well deserved for Tanana, as he beasted his way to 19 wins and 261 strikeouts over 288 innings in 1976.  The back of the card also points out that he blanked the Yankees for 13 innings in August of that year.  Like I said: Beast.

A pretty great bargain for these cards, considering the overall nice condition they maintain.  In the end, 17 cards from the '77 set for five bucks total is an exchange I will gladly accept! 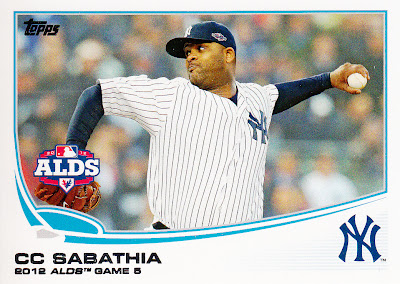 Got it!  This was essentially a free throw-in from the same vendor that sold me the '77s.  Good thing, because I was cranky enough having to look for this stupid thing.

C.)  Score a reasonably priced card of either Matt Harvey or Zack Wheeler or both. 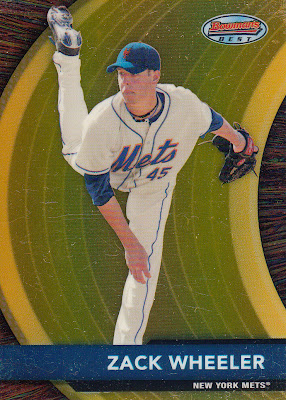 No such luck with the former, but I discovered this 2012 Bowman's Best card of Wheeler for just a quarter. I combined it with these three cards for one of the best dollars spent at the show:

I know they're kinda hokey and lots of bloggers aren't fans, but I'm still liking these Prizm cards.  I will never buy a pack of the stuff for the ridiculous retail price, but any time I can find 'em in bargain boxes, I'm all-in. Especially for three Mets inserts.  It might be my imagination, but these cards seem to weigh more than the regular base.  I mean, it feels like I'm holding a McDonald's hamburger. 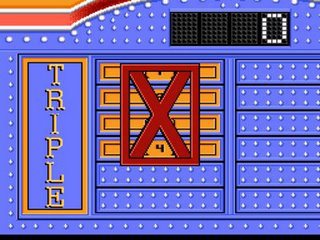 No dice.  None of the vendors I came across featured any of his cards; some didn't know who he was.  After watching Fernandez spin the Mets -- and a few teams that actually can hit -- in circles this year, I'm on the bandwagon for this young fella.  I'd like to grab a card of two of his before they blow up.  I guess there's always eBay.

This is always an unspoken priority at any card show, as is adding pieces onto my respective player collections. 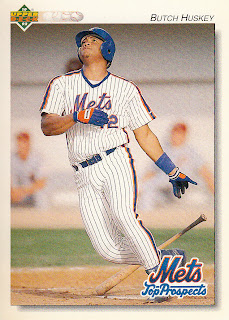 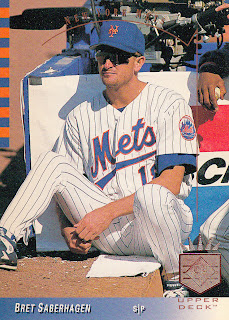 The only Huskey I found, but a pretty dandy one!  My favorite seller -- a woman in her late 50s, I'd say -- always has boxes and boxes and boxes of nickel-priced cards.  She had on specifically for junk wax from '91 to '93. [Ed. Note: Joy!!]  So that's where all of these came from. 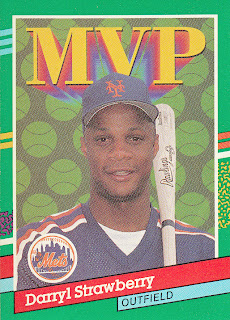 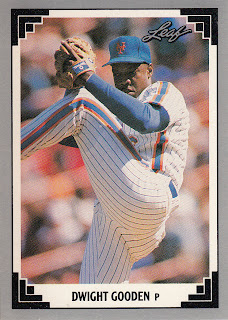 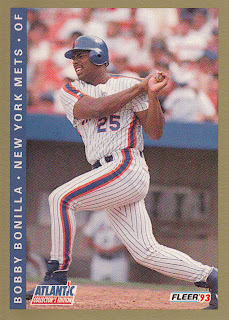 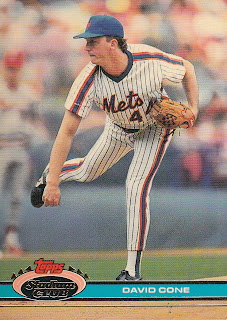 There were LOTS of '91 and '93 TSC to be had.  And I'm not sure what Atlantic Colletor's Edition is.  I've seen these Fleer oddities around before, but this is the first one I've nabbed. 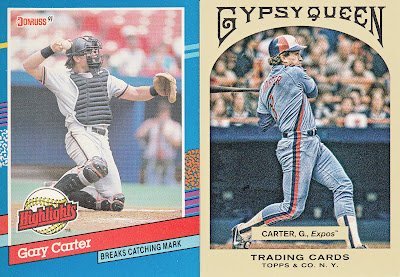 The Kid isn't in his Mets attire in either of these, but I love 'em just the same.  Along with the junk wax box, the lady seller also had a monster box just for year 2011 cards.  I was able to gobble up quite a few handsome GQs that I had never seen before.  I also got busy with 2011 Heritage...but more on that later!

I think I'll throw up the stop sign here and save the rest for next time.  There were some SPectacular finds at this show that deserve their own stage.

Hope you're enjoying your weekends, everybody!