Even though he insists school is out, Marcus is still giving homework.

The talented fifth-grade prof in the Lone Star State I speak of runs the thoroughly enjoyable blog named All the Way to the Backstop.  Of which many (hopefully all) of you are familiar.  It's the one that now features a header picture of then-Met Scott Hairston getting tagged out at third base.  Cos the Mets getting out-hit, out-pitched and out-smarted by the Marlins every day of my life ain't enough embarrassment.  [Ed. Note: Okay, it's a freakin' great photo and I love the font you used, but still, c'mon man!]

Anyhow, Marcus had the uproariously fun idea to create a sampling of his own archives, capturing the spirit of this year's Topps Archives release.  One card from his personal collection in each of the four Topps years represented in the 2013 Archives set: 1972, '82, '85 and '90.

Well, he then invites any of us bloggers out there to give it a try.  So I says to myself, Self, let's do it!

Dime Box aficionado Nick already handed in his assignment, and it looks like A-quality work to me. 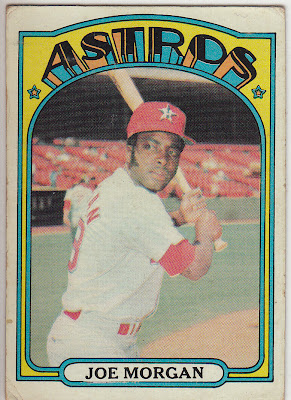 I think I can count the number of cards I own from '72 Topps on one hand and still have a couple fingers left over.  And this one I only picked up at a card show for a quarter a couple months ago.  Still, I think it gives off a perfect Archives kinda vibe insomuch that it's HOFer Morgan in his not-too-familiar Astros uni. 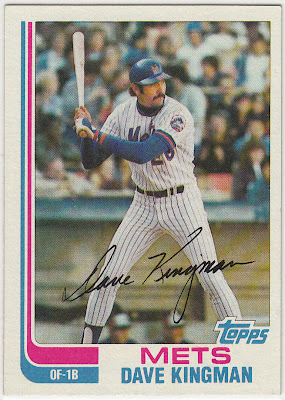 Well, you know I had to sneak at least one Mets card into the mix, right?  On top of that, much like with the '72s, I have very few cards from 1982 Topps in my collection.  Shame on me, right?  Anyhow, though pickings were slim, Kong is always a good candidate for retro-style sets.  Especially with that 'stache!

A few years thereafter, God and Duryea, Pa. graced us with a pretty handsome product in 1985... 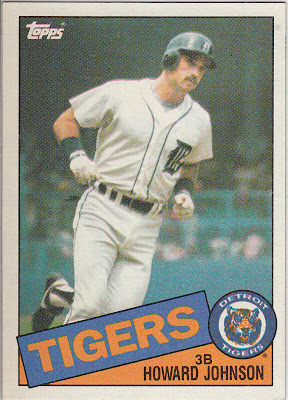 Man, this was an iconic card for me and my buddies back in the day.  I recall being flushed with envy when my best friend Neil came home with a copy of this '85 Topps HoJo rookie from a local baseball card shop in 1991.  To us, Johnson represented all things good and mighty about baseball.  He was a switch-hitter, a World Champ, and a 30-30 guy.  Oh, and most importantly, he was a New York Met.  I'm not sure what Neil paid to get this card once upon a time, but I think I found this at a show for perhaps 25-cents five or six years ago.  Naturally, it's worth way more than that to me.

Finally, the journey ends with the deliciously colorful set we call '90 Topps... 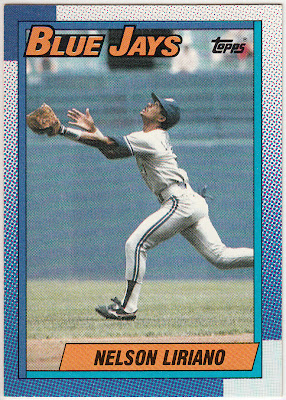 I have a lot of favorites from this set, but I chose Nellie Liriano because it's such a great photo.  And also because Liriano isn't just a part of my personal baseball card archives, but my personal employment archives.

See, I worked for the Wilmington Blue Rocks (High-A for the Royals) as a media relations assistant for a pair of seasons in 2007 and '08, when Nellie was the hitting instructor.  Man did he have some stories about his playing days, most notably hating -- I mean reeeeeally hating -- Chuck Knoblauch for supposedly ruining his career (that's a long story right there).  And his scouting report on any guy who was elevated to Wilmington from Low-A Burlington was always the same: "He gonna hit."

MK:  Hey Nellie, what do you think of Marc Maddux?  Put up a decent average in Burlington, but do you think it'll carry over to the Carolina League which is a notorious pitcher's league?

That, in a nutshell, was Nellie as I knew him.  Feel free to share your own Nelson Liriano stories below!

Man, that was fun!  Marcus, this was a simple yet stupendous idea.  And I thank you for giving us all a license to pursue it further.

This is truly some summer schoolin' that I can get behind!