I'm currently in the midst of a week-long staycation, as I "had" to use a bunch of paid vacation days before July 1 or they would go down the drain.  So here I am at Kaz Manor, hangin' out, running errands, Swiffering the floor, unloading the dishwasher, etc.  Oh, and tending to my baseball card collection, of course.  Hey, it is vacation after all; I gotta do something fun!

Anywho, one of the funnest things about the Topps Fan Favorites brand -- which basically includes the SP portion of the current-day Topps Archives checklist -- is comparing and contrasting the new-school cards with their ancestral versions.  At least I think it's fun.

So with gobs of time on hand, I thought it would be neat to take the six short-printed Fan Favorites cards I own from this year's Archives and pit 'em card v. card with the originals to see which is the most visually appealing.

Let's have a go!  (Note: Original versions to the left; Archives Fan Favorites to the right.) 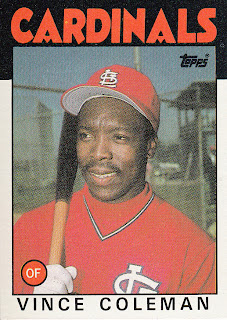 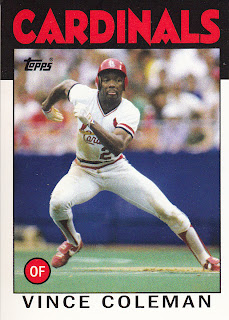 Vince Coleman was the embodiment of speed on the baseball diamonds of the National League during the '80s. Thus, any card that captures him in the act of theft, I think that's an extremely good thing. 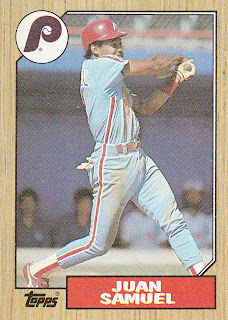 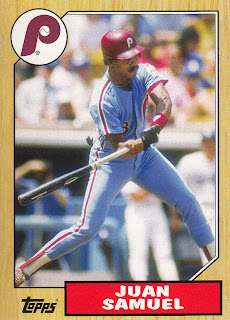 Hmm, not a whole lot that separates these two.  In the act of swinging; powder-blue uniform; sunny afternoon. Solid contact and a dusty uniform on the original, though, so...

Verdict:  Old School takes this round and is on the board, 1-1. 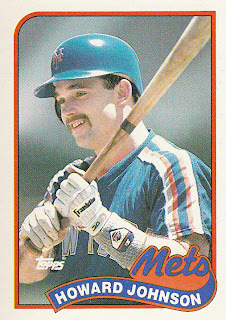 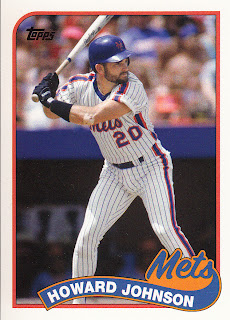 Boy this is a rough one.  On one hand, the original '89 HoJo is one of my favorites for sentimental reasons, as I can vividly recall opening the wax pack that contained this card.  Uh oh...  Fasten your seat belts, I feel a story coming on!  [Ed. Note: Picture it, Monroe Township, NJ, June 1989...]  One of my sister's guy friends had a birthday party during the summer of '89 and everyone who attended got a goodie bag which included a pack of cards.  Well, all the girls and many of the boys felt they were too cool for baseball cards and, therefore, dumped them all unto me.  I was lucky I decided to tag along with my mom when she went pick my sister up from this party, I can tell ya that much.  Anyhow, this card was among many I met that day, and I was a happy lil' husky boy.  Buuuuut, on the other hand, the photo choice on the 2013 effort is just so perfect.

Verdict:  Gotta go with my heart on this one.  Old School takes a 2-1 lead. 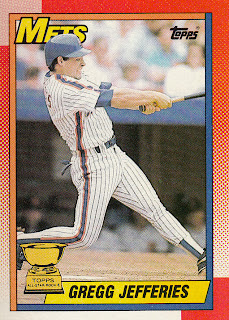 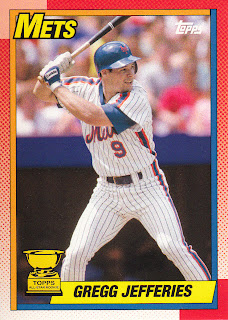 I wonder: Are these two photos part of the same batting sequence?  That would be pretty cool if it were the case. Irrespective of that, the '90 archival version is one of my favorites from that particular set.  Look at the intensity of Gregg's face during that swing! 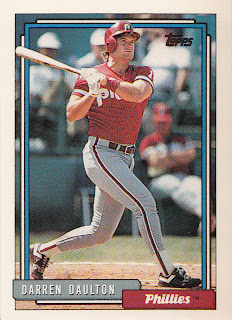 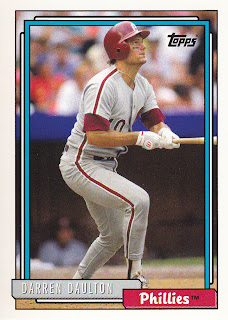 The original '92 is pretty good, but its Archives cousin-from-the-future has a couple things going in its favor. Number 1, it's not a spring training photo and, Number 2, it's a Shea Stadium snapshot.

Verdict:  New School takes it, and now trails by just 1. 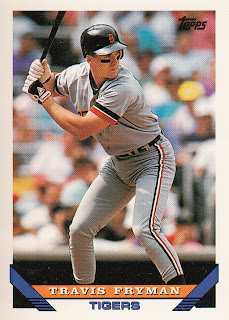 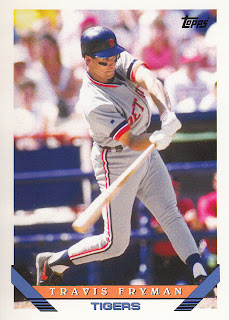 Neither of these will set the world on fire.  The original Fryman showcases the Detroit third baseman's distinctive crouched batting stance, which works for me.

Okay, so if I was being unbiased, I'd have given the HoJo round to the 2013 version and we'd be deadlocked at three, headed for extra innings.  But it's my blog and I'll be biased if need be.

On the whole, I think Topps did a pretty satisfactory job with their Fan Favorites reprints, keeping the essence of the eras and choosing attractive photos and so forth.  I'll certainly look forward to getting a few more of these and having a few more face-offs before I put 2013 Archives to bed.

You know, in case scrubbing the bathtub or pulling weeds becomes tedious.