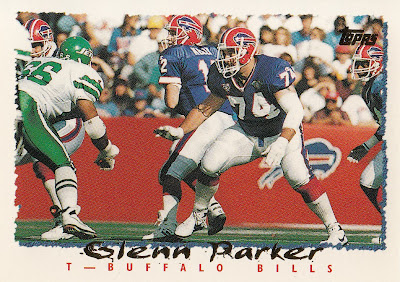 Wellp, the Bills' season is in critical condition.  A badly played game in Pittsburgh last Sunday resulted in a third consecutive loss and put Buffalo's season mark at 3-7.  At this point, they'd have to win-out and finish 9-7 to even have an outside chance at postseason football.

Buffalo will look to begin that improbable trek this afternoon at Ralph Wilson Stadium where the New York Jets (5-4) pay a 1 p.m. visit.  The Jets already defeated the Bills this season, a 27-20 decision at MetLife Stadium in Week 3.

The Bills will need a much better performance from their young signal caller if they want to overcome Rex Ryan's attacking defense.

To say it was an unceremonious return to the starting lineup for rookie quarterback EJ Manuel would be a vast understatement.  He was equal parts rusty and just plain ol' bad at Heinz Field last Sunday, his first action in nearly a month thanks to a knee injury that caused him to miss four games.  By the time Manuel got his team into the endzone, the game's outcome had already been decided.

Adding injury to the insult, Buffalo's receiving corps took a huge blow in the health department.  Top wideout Stevie Johnson and 2013 second-round draft selection Robert Woods both left the Steelers game with injuries and, worse than that, neither will be available for today's game. 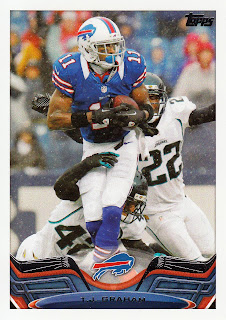 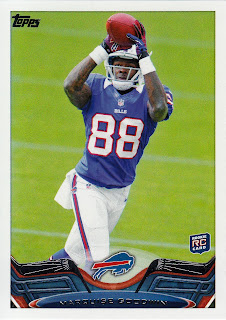 Graham (left) and Goodwin (right) both possess world-class speed, which the Bills ought to use to exploit a weak Jets secondary.  But, the success of that gameplan would depend upon Manuel's downfield accuracy, which has been a red flag on the rookie's report card thus far.  Plus, a forecast of gusty conditions figures to make a deep passing attack even more challenging.

Most likely, the Bills will need productive efforts from their backfield duo of Fred Jackson and CJ Spiller, the latter somewhat landing in head coach Doug Marrone's doghouse lately for his inability to hit the seams with conviction.  Hopefully, Marrone and OC Nate Hackett figure out how to get Spiller more involved in the passing game--something former coach Chan Gailey excelled at. 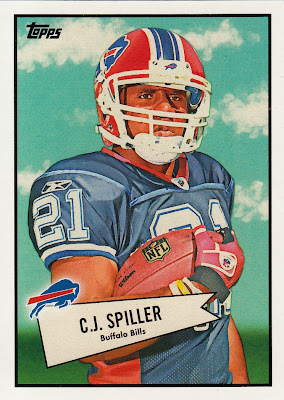 On defense, Buffalo needs to keep the heat on rookie QB Geno Smith and force him into mental lapses.  The Bills have racked up a whopping 33 sacks this year, but could not corral Smith in the season's first meeting. They did intercept the rookie twice, however; something Smith is prone to.

The true x-factor of this game, though, is Rex Ryan's perennial ability to successfully gameplan the Bills and, especially, rookie QBs. Manuel never looked comfortable against the Jets blitz packages back in September, and I don't see that changing much today.  Especially with Buffalo's top two receivers out.

The Bills are one-point favorites today, but I can't envision them capturing a W this afternoon unless Geno Smith has a complete and utter meltdown.

Have a great NFL Sunday!