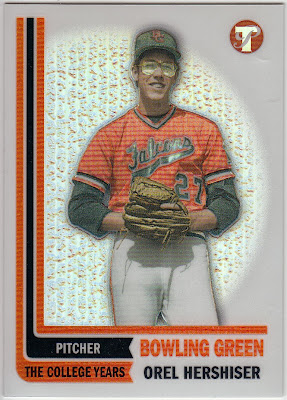 A flurry of incoming activity here at Kaz Manor of late.  And that's in spite of the fact that I've been a complete and total bum and haven't gotten my arse to the post office in forever.  Nonetheless, I've made some pretty great blogger companions who have continued to keep their eyes open for me.

TJ, aka The Junior Junkie, hit me up with a PWE that included a few Orel Hershiser cards, including the beauty up top.  I've come close to pulling the trigger for this card on COMC on multiple occasions, so it's pretty cool that TJ caught the 'wavelength' and floated this one my way.  Like Stadium Club and Topps Total, Topps Pristine was one of those products that Topps did right.  Can't we bring these back and get rid of some of the flotsam that we're served today? 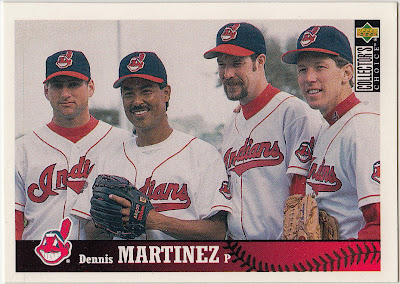 Classic UD Collector's Choice charm oozing outa this one.  The '96 Indians rotation is on display here, with Nagy, El Presidente, Black Jack and Bulldog present and accounted for.  This would be a fantastic card for any of the pictured hurlers, but only Denny was lucky enough to snag the honor. 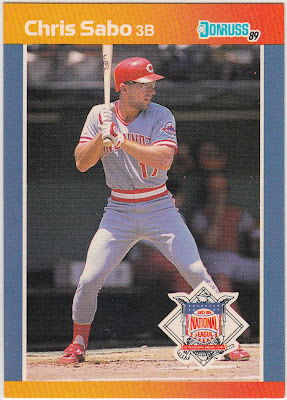 Like Hershiser and Martinez, Sabo is a guy not listed on my official "Player Collections" page that I can't get enough of.  I ought to just get it over with and make up a spreadsheet for them.  But, that would require me not being a lazy blob, which comes natural for me sadly.

TJ, these are some awesome picture cards -- muchos gracias!

Next up, Corey Stack from the New Mexico law offices -- oh yeah, and that wonderful Tim Wallach thing -- checked in with a complete set of '88 Fleer Headliners. 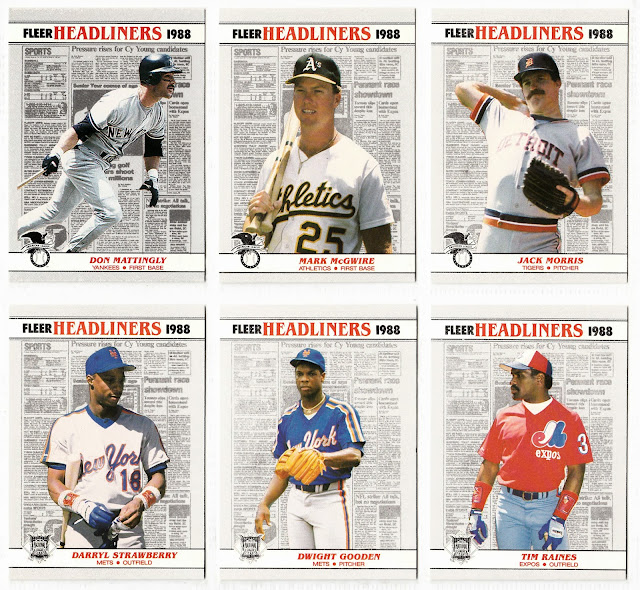 These things freakin' rock!  This was probably the most attractive Headliners insert set that Fleer produced in the '80s.  Stack has some good taste!

Thanks for the nod, Corey, and good luck to your Orangemen hoopsters this year.  And, keep the faith with Doug Marrone and those plucky Bills.  We're not dead yet!

And last but not least, my good friend Marcus from way down in RG3 country loaded up a team bag and shared the glorious contents of this recent '93 Ultra box break plus some extra goodies. 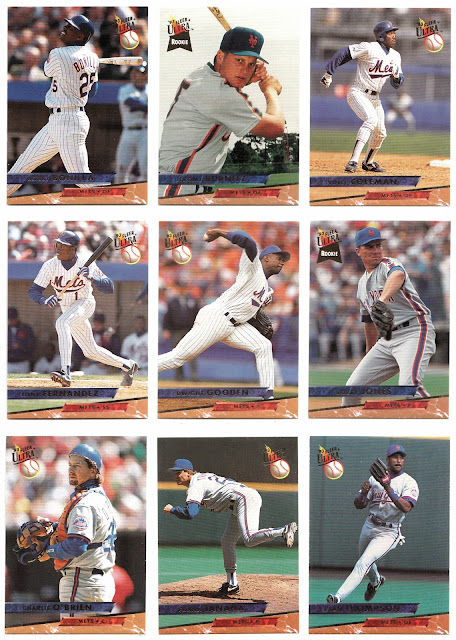 Lots to love about Fleer Ultra from '92 and '93.  Two of the best sets of the era, in my opinion.  Check out the rest of Mr. Backstop's box break and the rest of his blog if you haven't already.  And I know most of you follow him already, so you don't need me to tell you.

Aside from oodles of Mets from the Ultra batch, I also scored a handsome Carlos Baerga insert for the ol' player collection. 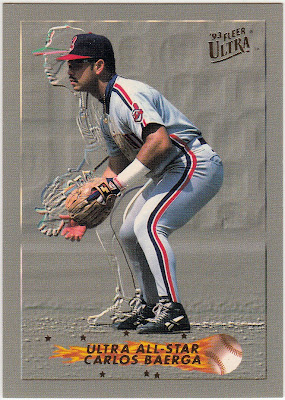 It also looks like Marcus has been trying his hand at Update recently, as many of us have been I'm sure.  I'm about 80% done with the base set, but I'll probably still be snagging some retail packs and such for all the fun parallels.  Like this one: 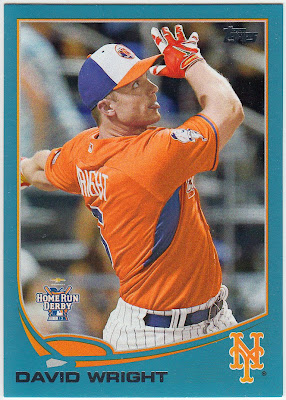 I know I'm biased, but I'm pretty sure these were the best BP jerseys and caps ever featured at an All-Star Game.  The caps especially.  I'm also down with Mr. Met being on the sleeve of the Wright's BP top.

Finally, one that definitely finds the sweet spot... 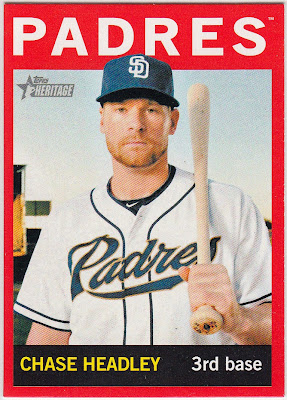 Man, it feels like forever since I got a new 2013 Heritage card for either the regular set or the parallel pursuit, so this was a very pleasant surprise.  Fitting that it's a Padre from a big-time Friars fan.

Great stuff, Marcus; thanks for passing along the joy!

And, I promise, folks, I'll be getting around to returning the favors very soon.  Unless I'm captured and held for ransom between now and Sunday, I'll be heading out to my first card show in quite a while.  So I'll be looking for stuff for all my usual pals.

Til then, keep on enjoying the hobby!