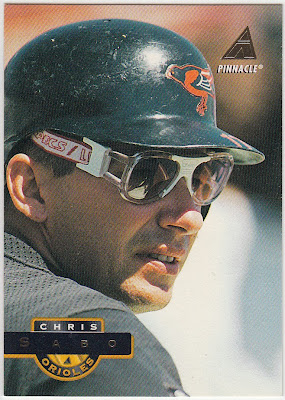 My apologies if anybody, by reading the title of this post, should have "Rump Shaker" stuck in their head for the duration of the day.

But rather than conjure up the ghost of an early-90s one-hit wonder from the hip-hop registry, the perhaps clever title was intended to aim praise at the gem of 1994 Pinnacle baseball you see above.

Ever since I got my first copy of his 1989 Topps rookie cup card as a kid, I've kinda had a thing for Chris Sabo baseball cards.  I think it had something to do with the fact that a guy who looked so nerdy in those damn Rec Specs was actually a no-holds-barred warrior on the baseball diamond.

And, unless I've missed it, there isn't another card that better showcases Sabo's choice in athletic eyewear than this card.  It's easily one of the five best Sabo cards in existence because of that.

This card, along with a few other dandies, came my way recently from my good friend and fellow Twitterite Marcus from All the Way to the Backstop.  The initial purpose of the package he sent was to hit me up with another copy of the Eric Young, Jr.'s Topps Update card for my All-Time Mets Project binder, but Marcus is always good about dropping in a few bonus cards. 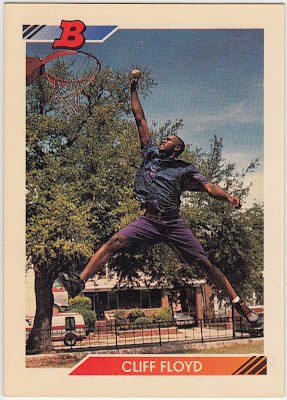 Remember when the Bowman brand used to think outside the box when they chose photographs and designed their cards?  Now we just get the same recycled design year after year.  Anyways, I feel like I'm watching a Spike Lee joint movie when I look at Cliff Floyd's 1992 Bowman card.  It looks like ol' Cliffy raided Will Smith's wardrobe, too.  Great stuff! 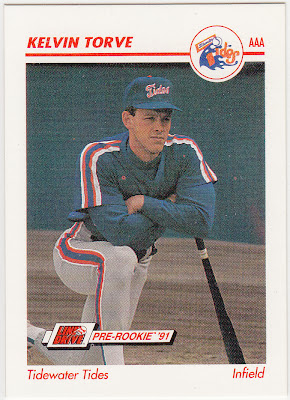 For the All-Time Mets Project, I've created a few rules of engagement.  Included in that list are: no minor league cards.  Buuuut, I may have to bend the rules a tad for this Kelvin Torve card from the Line Drive minor league series.  As it stands, my only Torve is from 1991 Fleer which, as you can imagine, sticks out like a sore thumb against its neighbors.  On top of that, I've always been partial to photos from the on-deck circle, or at least players on bended knee leaning on their bat.  Plus, his Tidewater Tides uniform are the proper New York colors, so it wouldn't be the biggest crime to make the switcheroo for this one. 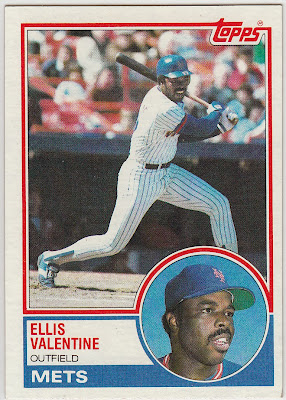 I recently read an account of Ellis Valentine's days as a New York Met.  It went something like this:

"Temperamental and thin-skinned, Valentine batted .288 with eight homers in 1982.  He assured his departure when he called the Mets the worst organization in baseball."

Sounds like Ellis and George Foster probably got along famously!

Oh, there was another directed aim of the package from Marcus: 2013 Heritage needs! 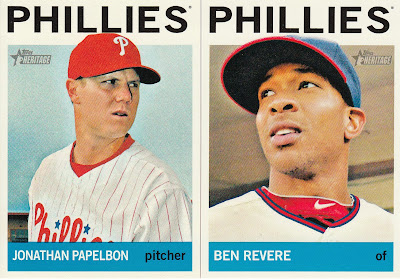 Two more off my base set need list.  I think I'm down to 11 more to complete the 425-card checklist.  And, as is normally the case with each year' set collecting process, gathering the stinkin', rotten Phillies is always a chore in this neck of the woods, as northern Delaware is Philly sports country.  So, either you can't find the cards or they're overpriced because, well, they're Phillies.  Anyhow, these two are a big help.

Many thanks for the goodies, Marcus; hope you and the family are well.

Have a great weekend, folks!