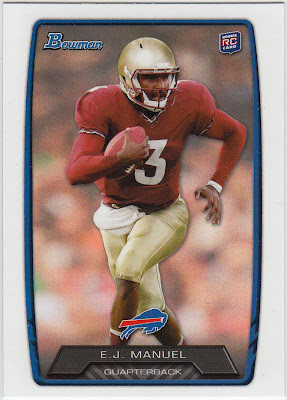 The Las Vegas sports books want you to believe.

The Buffalo Bills (3-5) host the undefeated Kansas City Chiefs (8-0) this afternoon at Ralph Wilson Stadium, looking to wash away the sour aftertaste of a 35-17 loss in New Orleans last Sunday.  And, despite Buffalo's quarterback situation, the Bills stand as just 3.5-point underdogs to Andy Reid's Chiefs.

Perhaps an instance of the Vegas line trying to tell you something?  Who knows, but the Bills are surely the darling upset pick of the week according to many of the national prognosticators.

E.J. Manuel, Buffalo's first round draft choice, is still another week or two away from his return from a knee injury and backup Thad Lewis (at the time of this writing) is listed as doubtful with a rib injury.  So that leaves the Bills with a choice between undrafted rookie Jeff Tuel or former Packer, Seahawk and Raider castoff Matt Flynn, who was signed just a few weeks ago.

The Bills will surely need to lean on their multi-headed rushing attack, featuring Fred Jackson, CJ Spiller and Tashard Choice.  Additionally, the Buffalo defense will have to clamp down on K.C.'s prime runner, Jamaal Charles, and force QB Alex Smith into some mistakes.

Since this seems like such a tall task for the Bills today, I've decided to highlight some great feats from past games against the Chiefs in order to stir up the echoes.  Helping on that front in a big way is Adam from upstate NY, who recently shipped me a tremendous assortment of cards--I'm talking hundreds of cards!--ranging from Buffalo Bills to New York Mets to vintage Topps and many points in-between.  It was an overwhelming gesture by Adam, who previously sent me an amazing package of cards.

For the purposes of this Gameday post, I'll highlight some of the best of the Buffalo Bills cards, and I'll save the baseball side of things for a future post. 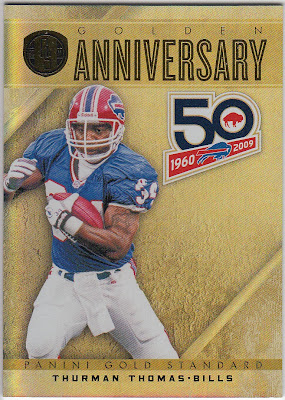 1/23/94:  This golden beauty of Hall of Famer Thurman Thomas is numbered 036/299.  Thurman had one of his finest moments in the '93 AFC Championship Game, when he helped the Bills roll over the Chiefs, 30-13, en route to an unprecedented fourth straight Super Bowl.  Thomas ran wild against the Kansas City defense with 186 yards and three TDs. 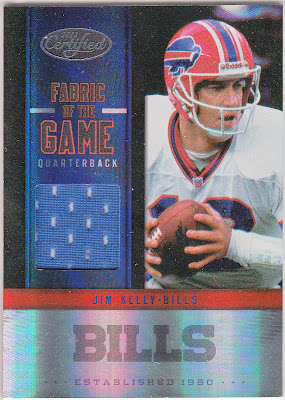 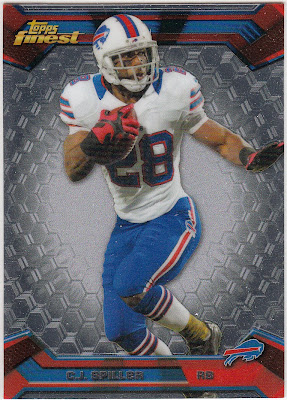 9/11/11:  C.J. Spiller put the cherry on the sundae in Buffalo's opening-week 41-7 romp at Arrowhead Stadium with a nine-yard TD run in the fourth quarter. 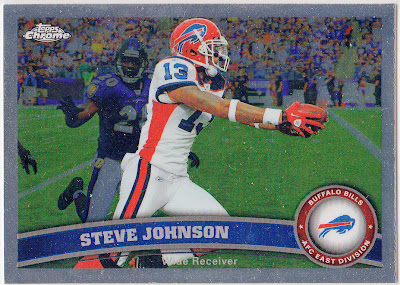 9/16/12:  Stevie electrified the home opener crowd at the Ralph when he ripped off a 49-yard catch and run to push the Bills ahead of the Chiefs, 28-3, en route to a blowout victory over K.C. 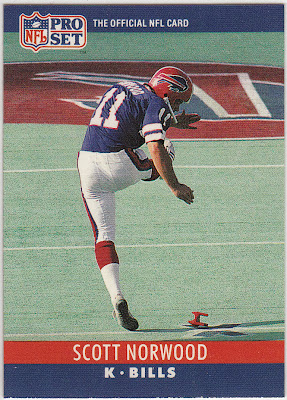 1/5/92:  Norwood booted three FGs, including a 47-yarder, as the Bills crushed the Chiefs and advanced to their second consecutive AFC title game. 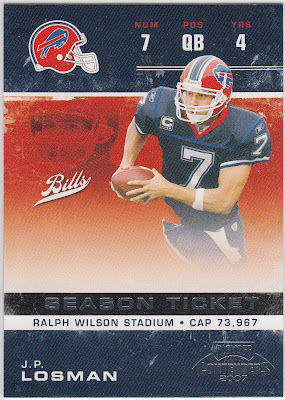 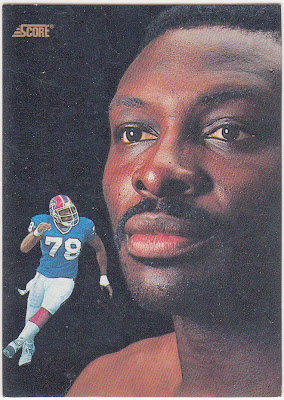 10/30/94:  Bruce Smith did some "bad things" to Joe Montana the Chiefs at Rich Stadium, as the All-Pro recorded two of Buffalo's four sacks and was in the legendary QBs face all afternoon.  The Bills scorched the visiting Chiefs, 44-10. 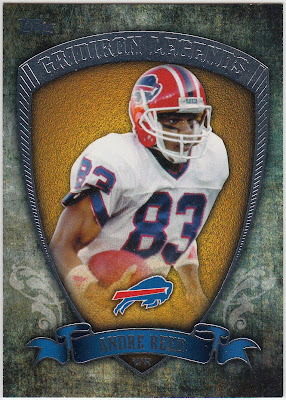 1/5/92:  Andre Reed took center stage in the playoff victory over the Chiefs, hauling in a pair of Jim Kelly touchdown lobs.  Reed finished the day with four catches for 100 yards in the 37-14 rout. 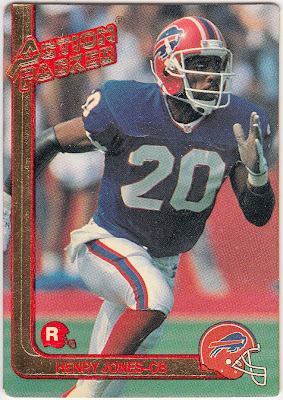 1/23/94:  Jones came up with one of the biggest defensive plays of the '93 AFC Championship game, intercepting a Joe Montana pass at the goal line and preserving Buffalo's 20-6 lead into halftime.  The Bills beat the Chiefs, 30-13, in Buffalo. 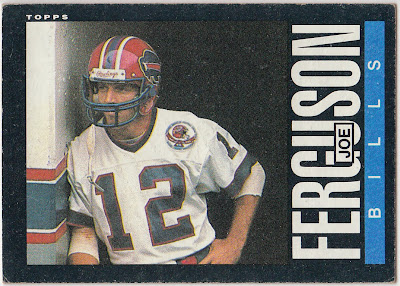 12/4/83:  The Bills marched into Arrowhead and escaped with a late season 14-9 victory.  The only offensive TD of the day came courtesy of a Ferguston-to-Tuttle strike in the second quarter. 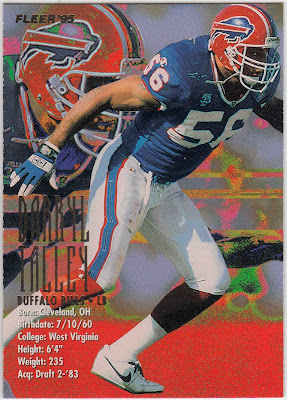 1/23/94:  Darryl Talley anchored the Buffalo defensive effort during the 30-13 AFC Championship Game victory over the Chiefs, recording a team-high 10 tackles. 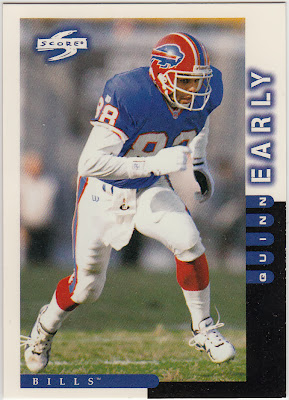 12/22/96:  Both the Bills and Chiefs entered the season's final week with identical 9-6 records, both teetering on the brink of the elimination from the playoff chase.  Fitting, then, that they met on a snowy day in Orchard Park, with the winner advancing to the postseason and loser going home for the winter.  The Bills overcame a shaky start and outlasted K.C., 20-9.  Quinn Early snagged a 4-yard TD pass from Jim Kelly in the fourth quarter to cap the scoring. 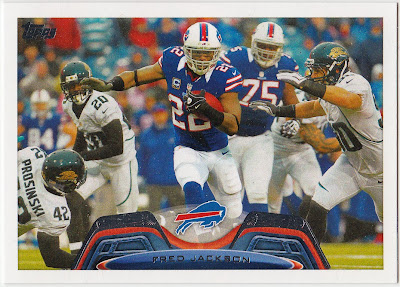 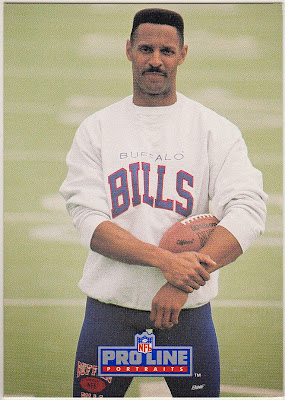 1/5/92:  Already ahead 17-0, the Bills opened the second half scoring in their divisional round matchup versus the Chiefs as Jim Kelly connected with James Lofton on a 10-yard TD pass.  Lofton had three catches for 34 yards on the afternoon. 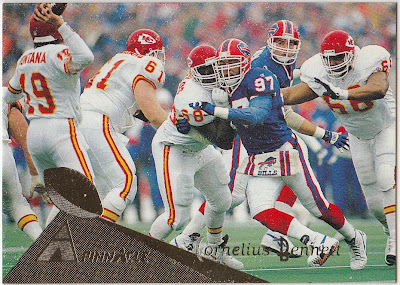 10/30/94:  In Buffalo's convincing 44-10 victory over the Chiefs in Week 8, Cornelius Bennet had a half-sack and also a strip of Joe Montana late in the second quarter that set up a Kelly-to-Reed touchdown on the ensuing drive. 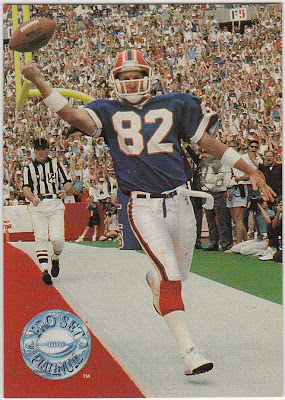 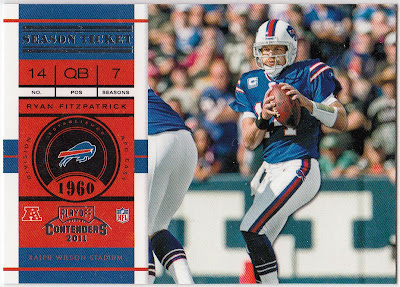 9/11/11:  Buffalo opened the season at breakneck speed thanks to Ryan Fitzpatrick, who shredded the Kansas City defense with four touchdown passes.  Fitz finished the day 17-for-25 for 208 yards as the Bills rolled to a 41-7 road win. 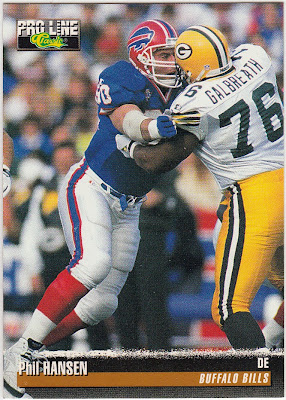 1/23/94:  Phil Hansen combined with linemates Bruce Smith and Jeff Wright to deliver the knockout blow to Joe Montana early in the second half of the AFC Championship.  The three-way collision with Montana left the Chiefs QB concussed and unavailable for the duration of the game. 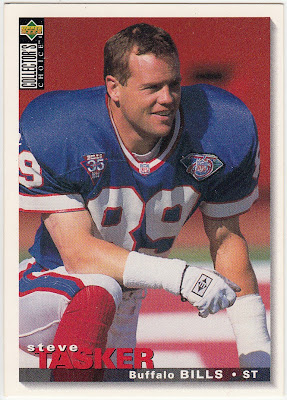 12/22/96:  Steve Tasker provided Jim Kelly with a reliable target all afternoon, as the special teams ace took his turn at wide receiver and hauled in four passes for 87 yards.  Tasker also added a pair of rushing attempts, including a six-yard reverse, as the Bills won a do-or-die game versus the Chiefs.

Whew!  Okay, that's a lot of specters from the last couple decades of the Bills v. Chiefs rivalry.  I hope your'e still with me, and I hope all those good memories lend at least a little good karma to the effort of the 2013 Buffalo Bills.

Believe it or not, this is the sixth straight year the Bills and Chiefs will match up during the regular season. Buffalo has won four of the previous five meetings during that span, including the last two by a combined score of 76-24.  Call me crazy, but I think today is gonna be a tad bit different.

With Jeff Tuel presumably starting under center and the Chiefs having the league's most ferocious D, well, I can't bear to conjure a prediction.