A PWE for the ATMP 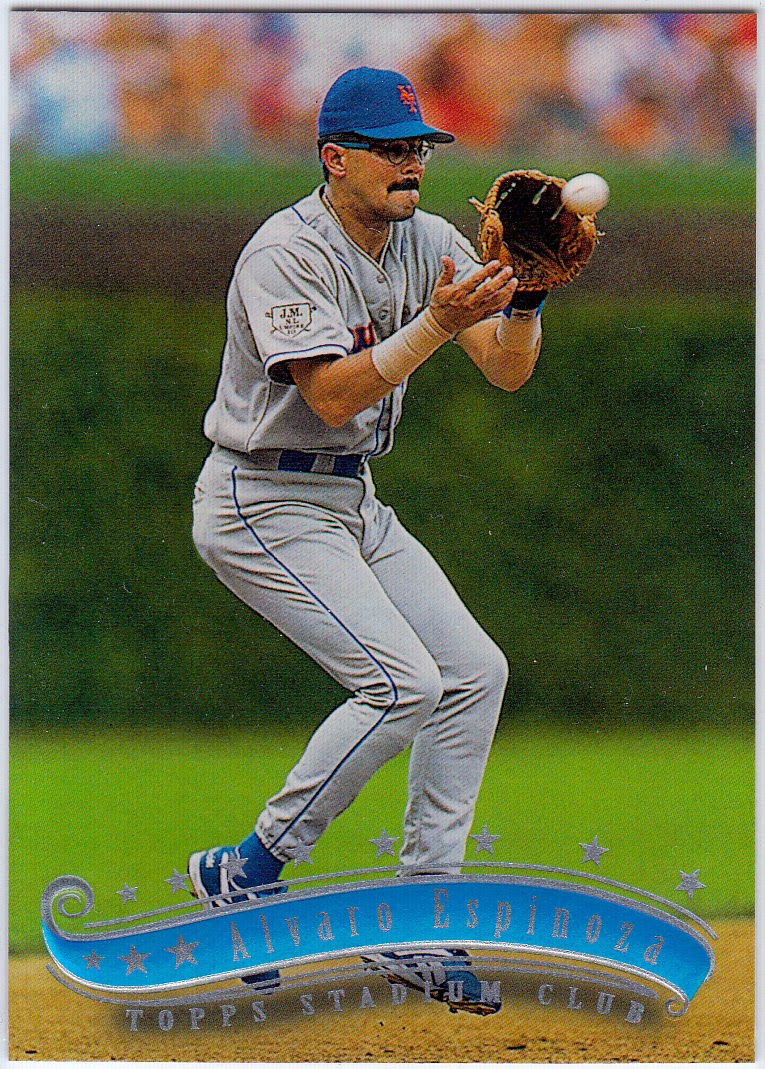 I'm starting to come down from my 2014 Topps baseball card high.  Helping to hasten the process is a thoughtful, random act of PWE kindness.

Earlier this week, Steve D. from Brooklyn, NY -- a fellow Mets fan and collector of Amazins cardboard -- hooked me up with a duo of cards to satisfy some gaps in my All-Time Mets Project checklist.

The cool thing about doing something like the ATMP is that the more obscure or underwhelming the name, the more exciting the acquisition.  Such is the case with Alvaro Espinoza's 1997 Stadium Club gem.

Espinoza played 942 games over 12 big league seasons, but only 48 of those games occurred in blue and orange.  He joined the Mets at the deadline in 1996 along with Carlos Baerga when New York shipped Jeff Kent to Cleveland.

To my knowledge, this is the only card of Espinoza as a Met.  And, oh yeah, it just so happens to be from my all-time favorite Stadium Club set.  Double bonus!  I had been combing eBay and Just Commons for quite some time trying to find a copy of this dang thing.  Thanks to Steve, my search is over! 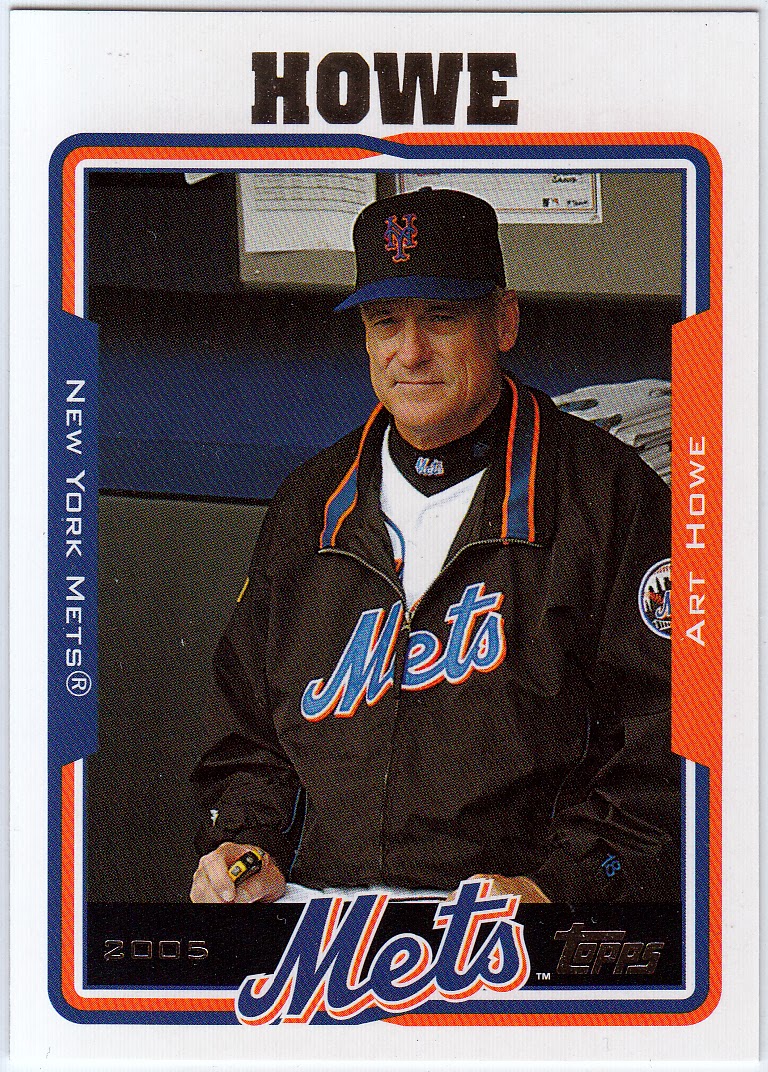 Oh yeah, the guy from Moneyball who was portrayed by Philip Seymour Hoffman, right?  Art Howe succeeded the controversial Bobby Valentine as Mets skipper in 2003.  He was nobody's first choice.  After two underwhelming seasons in Flushing, he was flushed in favor of Willie Randolph, who helped the Mets turn the corner.

Kinda interesting that Howe was featured on a Mets card in 2005, considering he was history by then.  Hey, I'm certainly not complaining; this card fills a need.  Plus, '05 Topps is an attractive design.

Thanks for the nifty duo of Metropolitans, Steve!