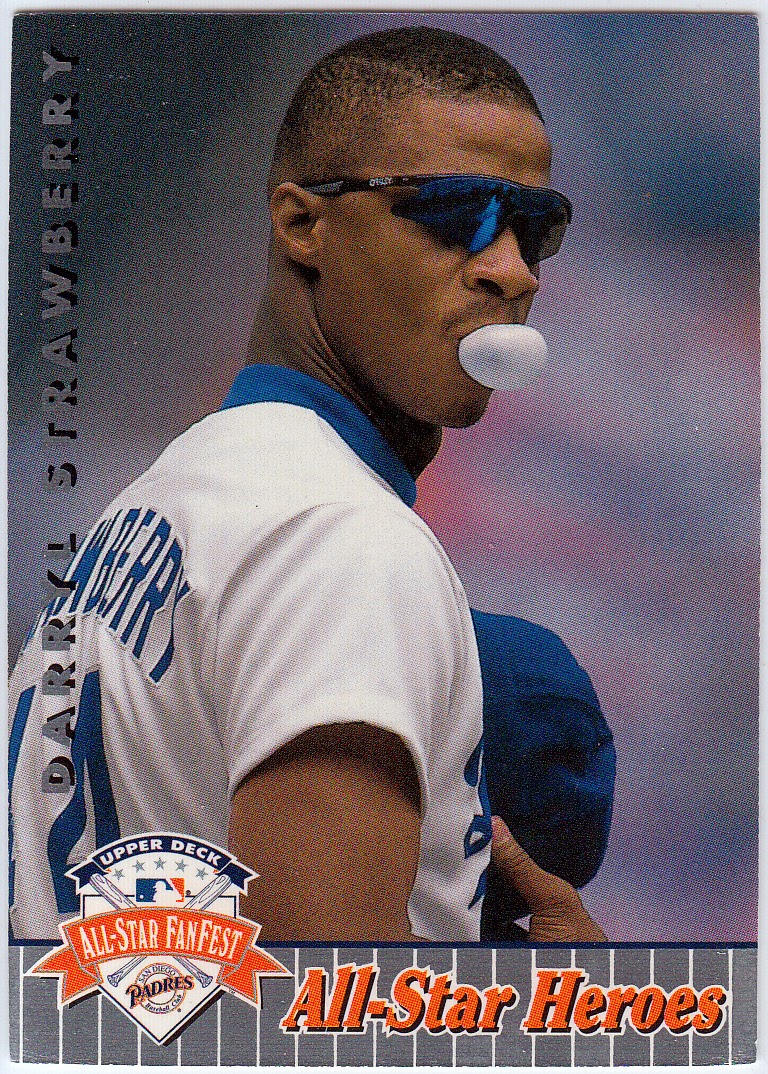 Saturday was a happy mail day at Kaz Manor thanks to a PWE from my good buddy Marcus of Backstop blogging fame.  Marcus, my oldest trading pal, always includes a nice personal note with his deliveries and, of course, lots of cool cardboard.

I'd have to say that this Darryl Strawberry from Upper Deck's 1992 All-Star FanFest box set was my favorite of the bunch.  The shades, the bubble gum, the hat over the heart... it's all the early '90s baseball vibe you can fit into one little trading card.  The back of the card informs us that Straw was the first National Leaguer to be selected as an ASG starter in each of his first four full seasons.  That's some hefty knowledge right there! 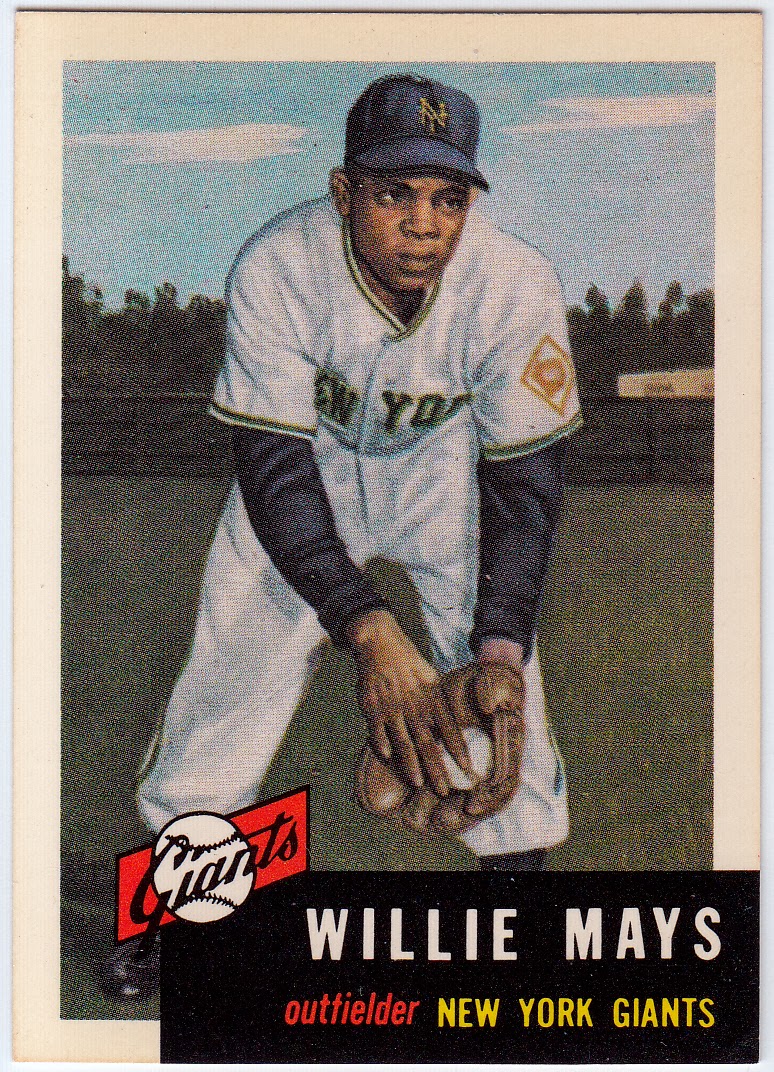 Of course, when you talk about legendary National League All-Stars who patrolled the outfield, the conversation should begin and end with the Say Hey Kid.  This, of course, is a reprint of Willie's 1953 Topps card, lest you think Marcus is either the most generous man on God's green earth or he's simply lost his marbles.  I'm not 100% sure, but I think this is from 1991's Topps Archives set.  Regardless, it's a pretty neat card.  I can't say that I was too familiar with Mays' 1953 card previously. 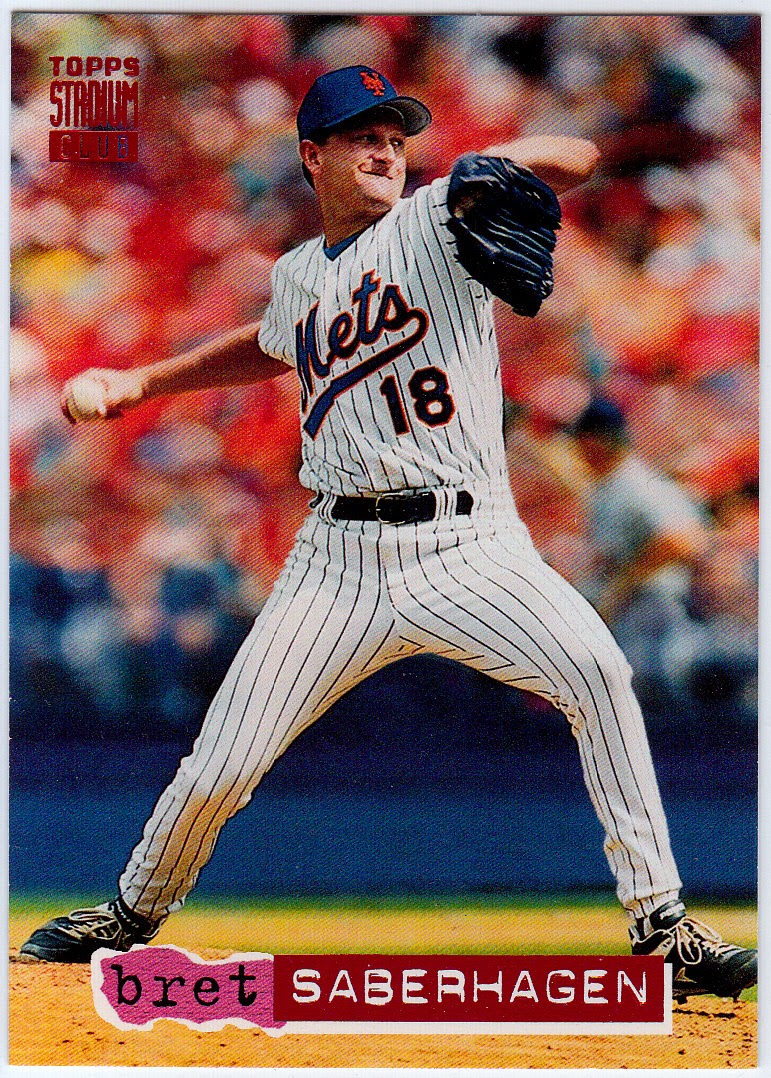 Bret Saberhagen isn't the most warmly remembered pitcher from Mets annals.  Nonetheless, I've taken to collecting his cards over the past few years, proving that time and distance mend all wounds.  His 1994 Stadium Club card is a pretty sharp number.  So much so that I'm going to have to think long and hard about the possibility of uprooting the Saberhagen that currently resides in my All-Time Mets Project collection.  That would be Bret's 1993 Upper Deck card.  Either way, I think I've got a winner. 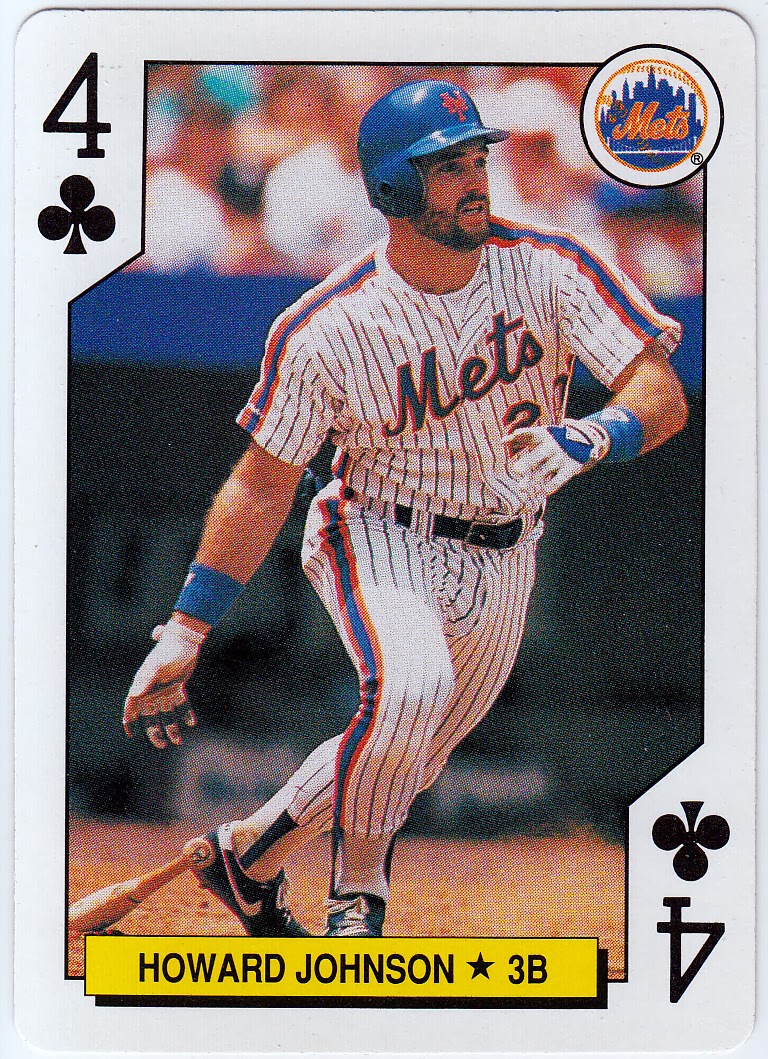 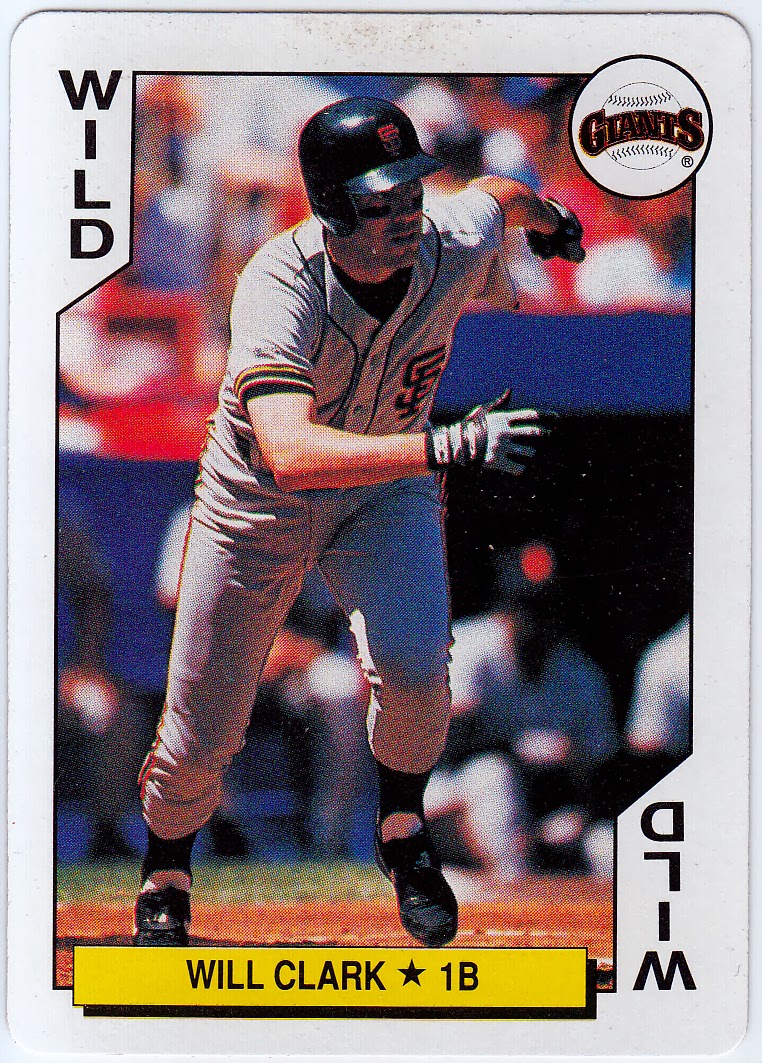 Aaahhh, wonderful and decadent oddball cards!  And not just any kind of oddballs, but actual playing cards from the U.S. Playing Card Company.  They issued a Major League All-Stars deck in 1991, including the likes of HoJo And Will the Thrill.  I'm not sure if Clark would approve of his "Wild" card designation.  I guess it's better than being a joker.

Thanks for keeping me and my family in your thoughts, Marcus.  And I most certainly appreciate the loot!