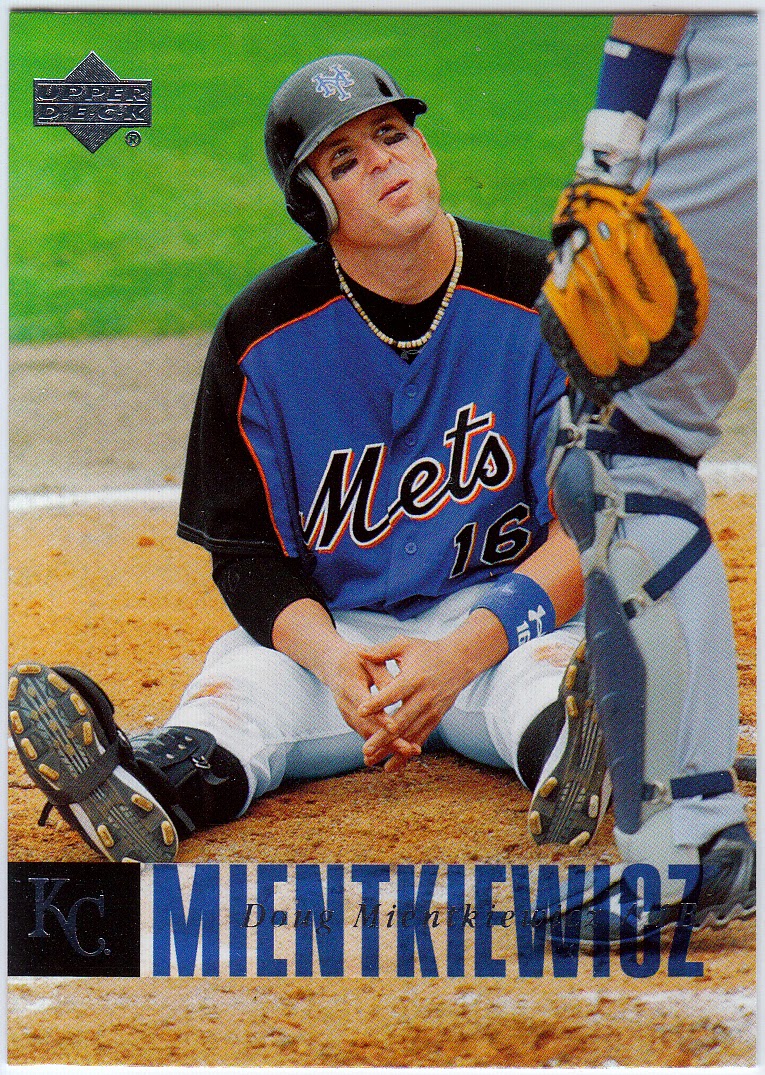 As I believe I've discussed on this very blog previously, my local card shop puts together these 400-card repack boxes that they sell for $5 a pop.  That includes at least one relic or autograph card.  A pretty good deal relative to the various Fairfield repacks you find at the retail giants.  Plus, the variety of cards is much stronger from what I've experienced.

So let's take a look at 20 of the most outstanding, noteworthy cards from this homemade repack box. [Ed. Note: Remember, everything is relative.]

In the leadoff spot is the 2006 Upper Deck card of Doug Mientkiewicz.  I'll overlook the fact that this is technically a K.C. Royals card and will happily include it in my All-Time Mets Project.  My collection was missing a card of the defensively gifted first baseman who played just one season in Queens (2005).  Plus, this is some sort of great scene at home plate.  I take it Doug was either just tagged out or perhaps even knocked down by a pitch. 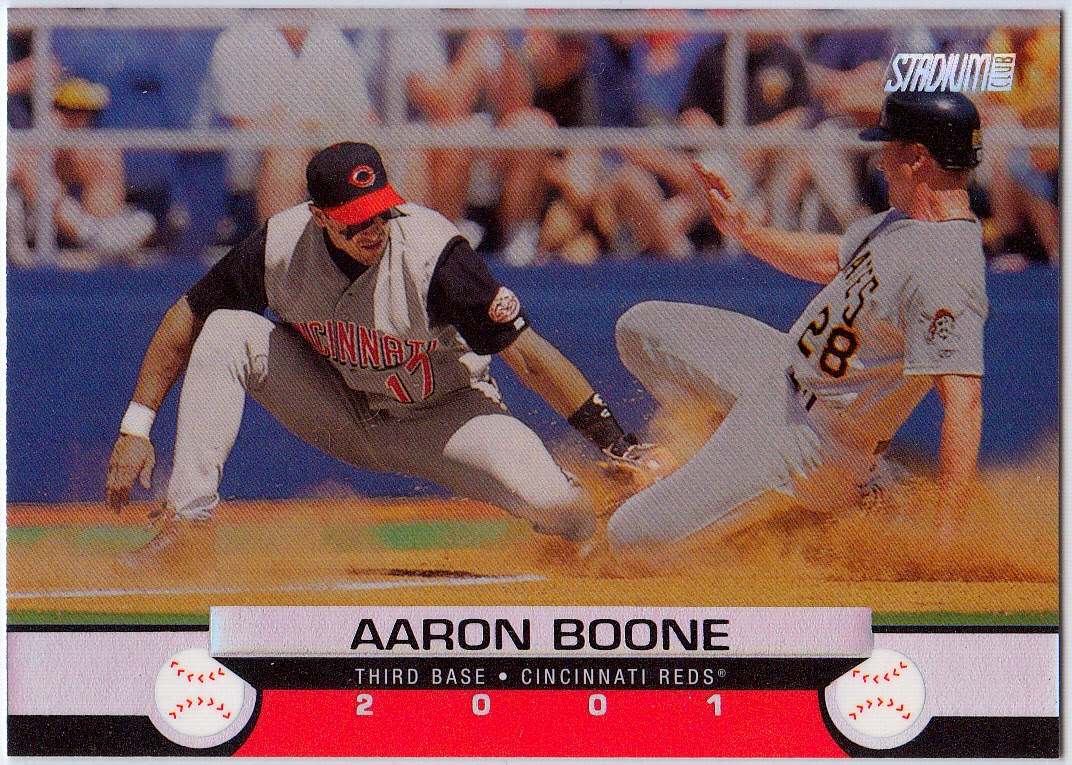 Things appear to have gotten rather lively at third base, as Aaron Boone applies the tag on this neat action shot from 2001 Stadium Club.  Yup, Aaron 'Freakin' Boone. 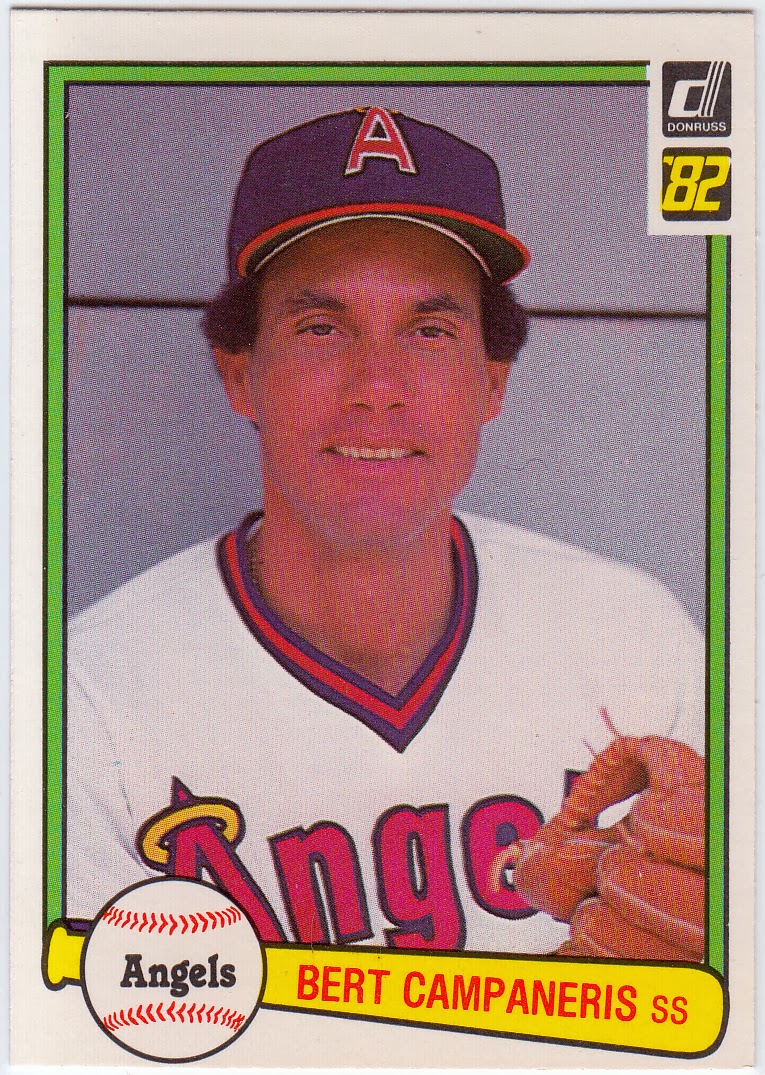 Bert Campaneris had quite a long and successful big league career, amassing 19 season in the majors among four different franchises.  This 1982 Donruss portrait finds him in the twilight of his playing days.  Did you know that Campy's birth name is Dagoberto?  I didn't, but the back of this card made me a learned man. 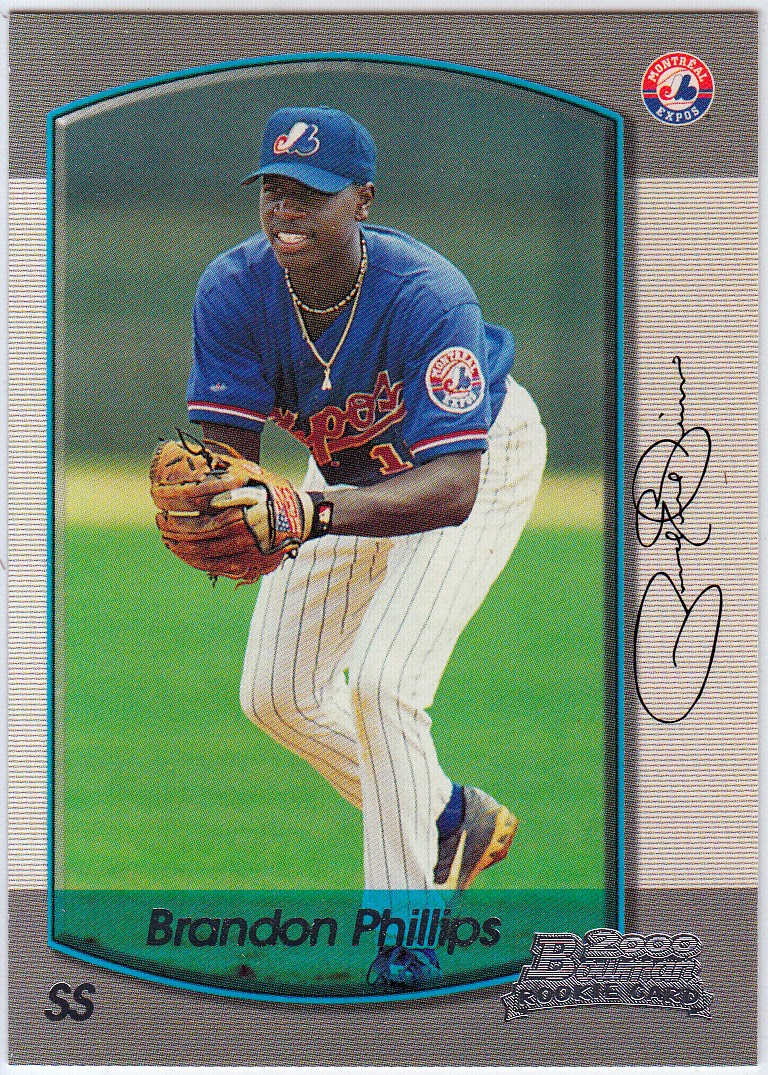 Before he became a star in Cincinnati, Brandon Phillips was a 2nd round draft selection by the Montreal Expos in 1999.  He was also a piece of the infamous 2002 trade that sent Bartolo Colon from the Indians to the Expos. Here, we've got Dat Dude's 2000 Bowman rookie card.  Not too shabby! 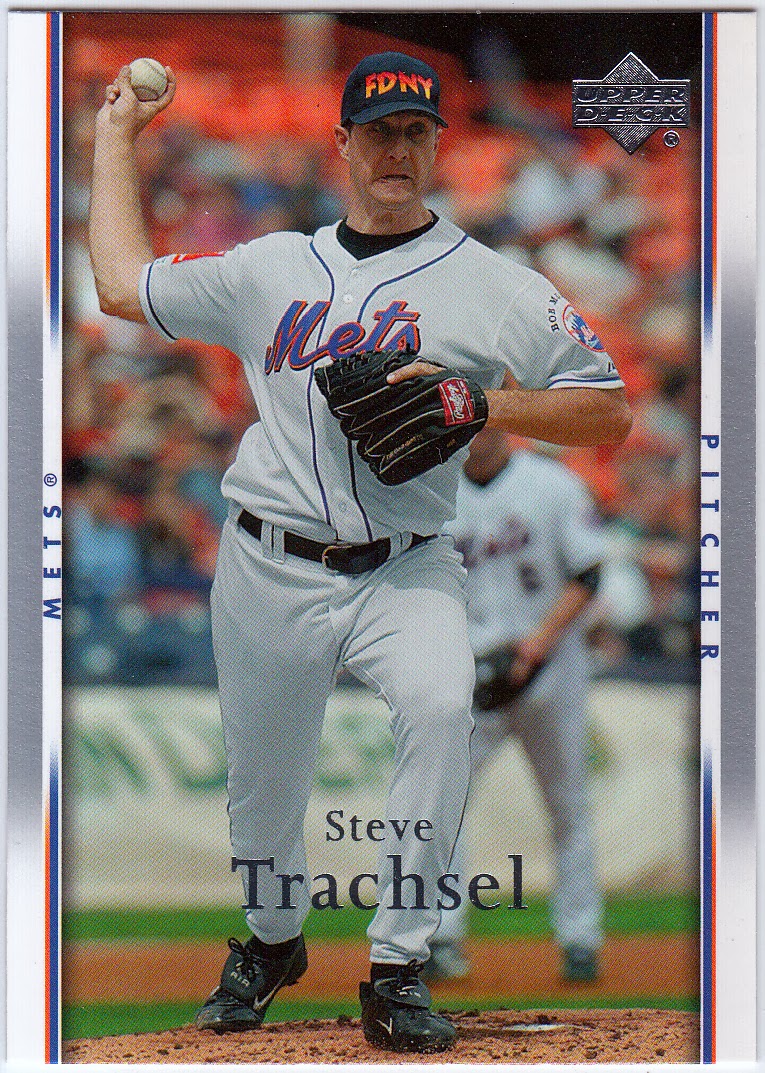 What's so noteworthy about a Steve Trachsel card?  Well, on this 2007 Upper Deck common, the Mets hurler is donning a cap of the Fire Department of New York.  The Mets preferred to wear these caps (or those of the NYPD, PAPD or EOM) on the anniversary of the 9-11 tragedy, thus honoring the memory of those men and women who lost their lives in the line of duty.  Of course, this was back when Bud Selig wasn't threatening repercussions on anyone who dare deviate from the officially licensed MLB garb.  This card will definitely supplant the Trachsel card already residing in the ATMP collection. 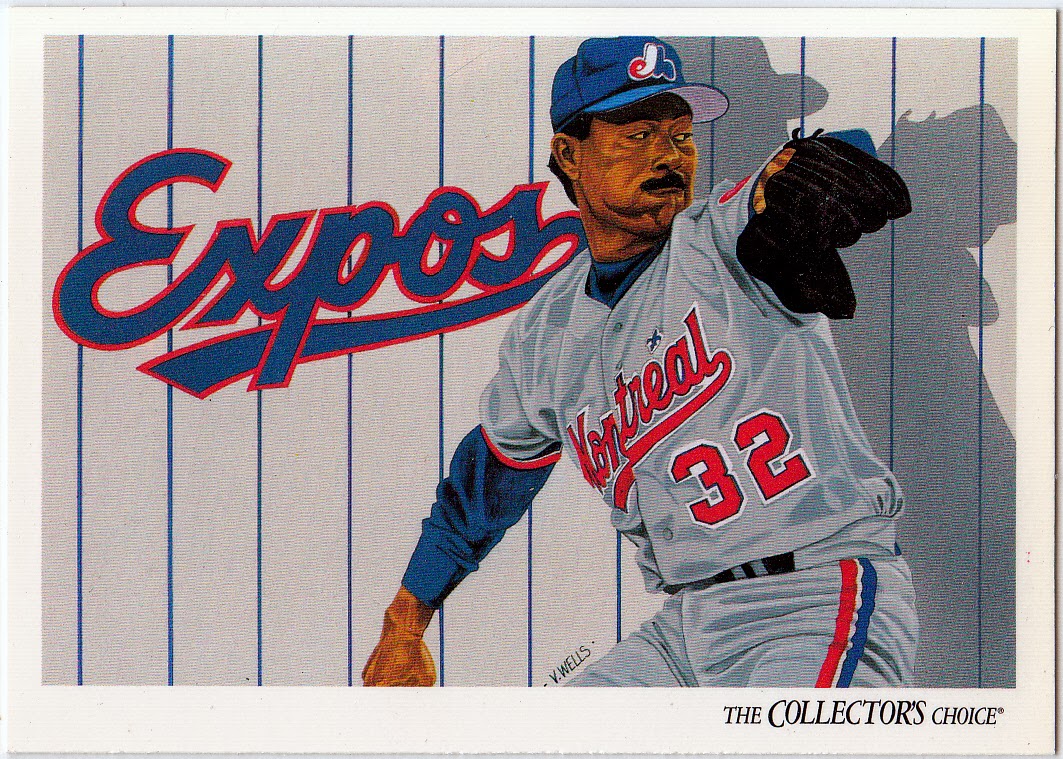 El Presidente, aka Dennis Martinez, was the cover boy for the Montreal Expos team checklist in 1993 Upper Deck set.  A pretty snazzy number, and I especially like how the artist added a shadow to the sketch.  This kinda looks like a propaganda billboard from Nicaragua, no? 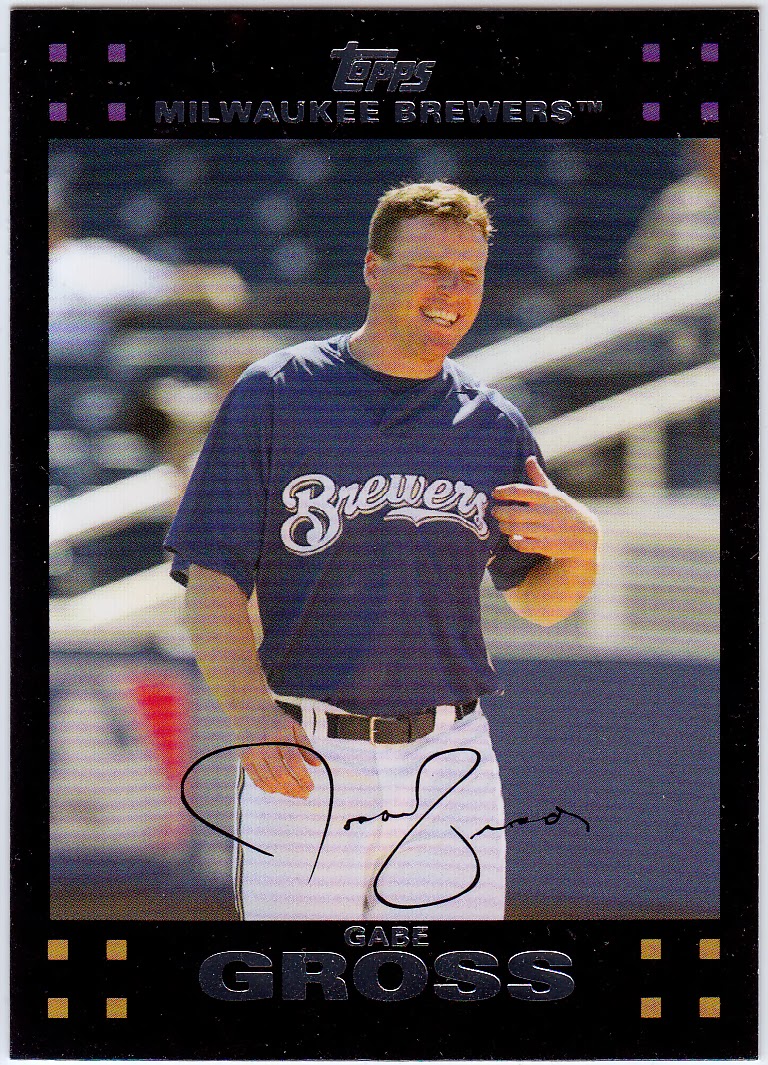 A new Gabe card towards my newest collecting pursuit.  Mr. Gross looks like he's having a gay ol' time on this 2007 Topps Update card, which is more than I can say for my little guy.  He's screaming his head off as I write this. 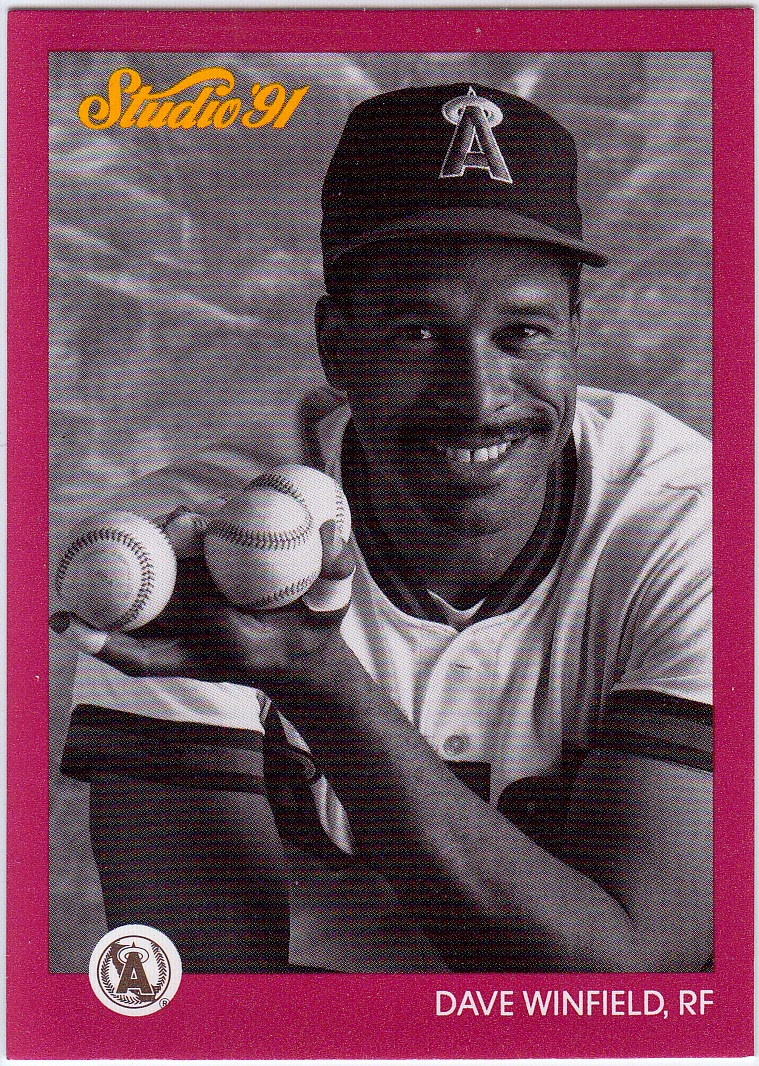 Studio cards never get old, do they?  If you can deal with the violet colored borders from the 1991 edition, then I think you can find a lot to love about these cards.  And, hey, it's Dave Winfield. 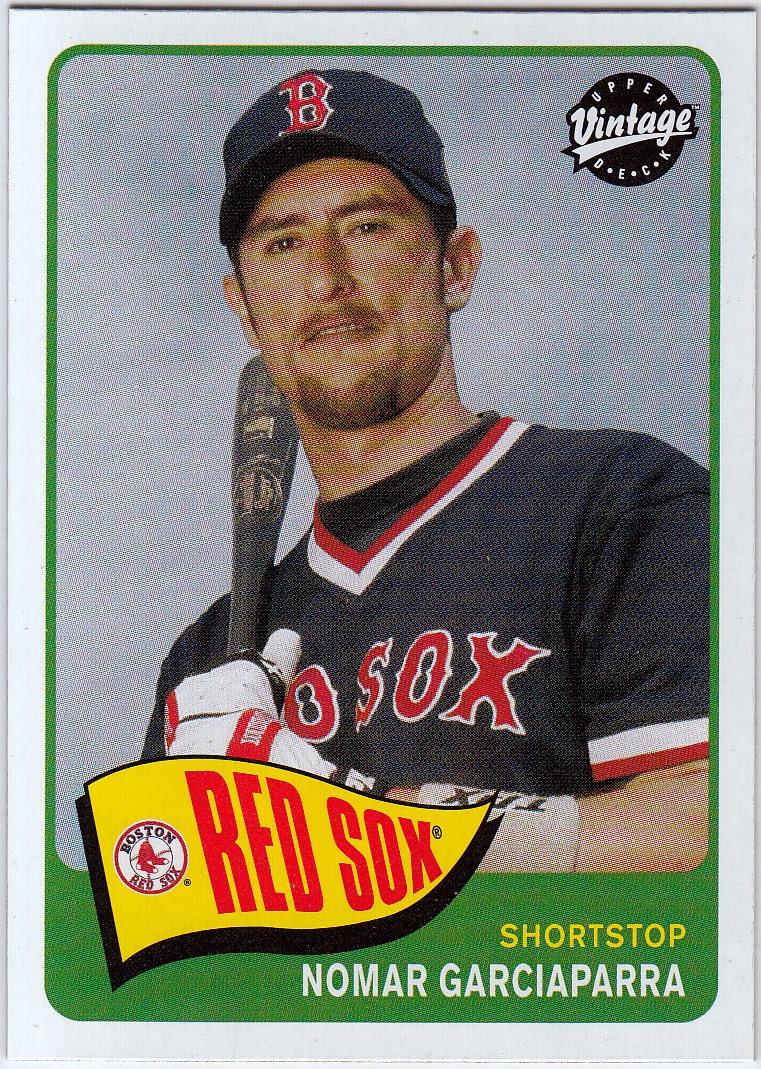 We're all drunk with anticipation for this year's Topps Heritage set, are we not?  The attractive 1965 design will be revived with the players of today.  Well, back in 2003, Upper Deck already had the idea and *poof* you've got UD Vintage ripping off the '60s Topps creative department.  Still, cards like this Nomar are nice to look at, even if they are knock offs. 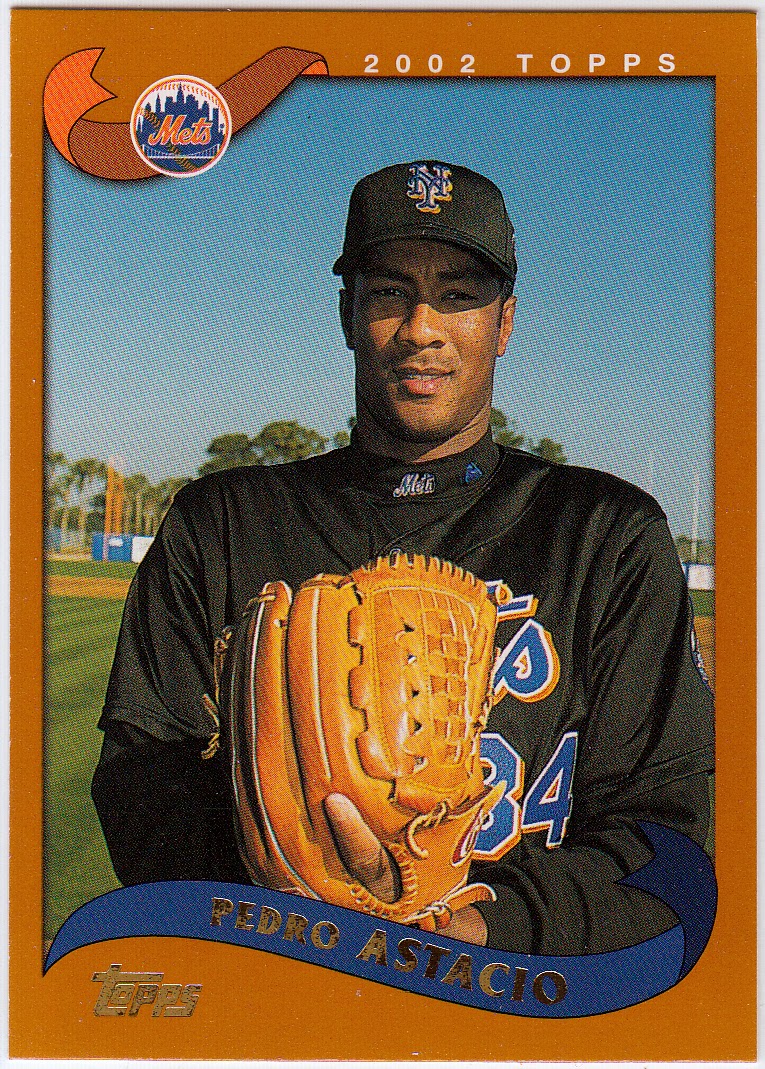 Pedro Astacio had one of the best baseball nicknames in recent memory.  Teammates called him mula, which is Spanish for "the mule."  I guess that's endearing, right?  Anyhow, ol' Mule spent two seasons in Flushing, putting up a 15-13 record with an ERA just north of 5.  The memories of Astacio as a Met aren't glowing, but this is nonetheless a nice card.

Let's call it a day for now.  The next 10 cards will be comin' at ya in Part 2.  I hope you'll stop back, because there are some pretty neat cards to come!