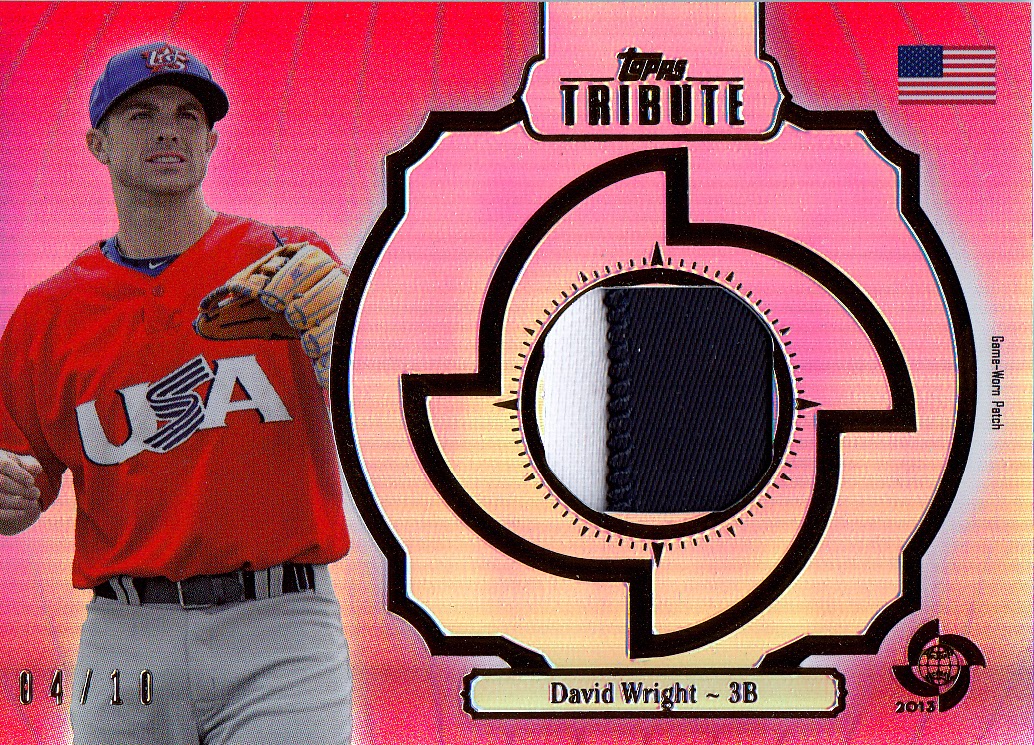 Well, he's done it again.  Adam from Schroon Lake, NY, who previously wowed me with special deliveries like THIS and THIS, recently filled my mailbox with some more unbelievable pieces of cardboard.  On this occasion, Adam included a thoughtful note to welcome the newest member of the Kaz family.  And, while he couldn't track down any "Gabe" cards, he thought these two cards might fit the bill.

Leading off, a brilliant 2013 Topps Tribute jersey card of Captain America himself, David Wright.  An amazing swatch of jersey which looks like it was lifted from the 'S' in USA.  And, it's numbered 04/10, which means it's an especially rare gem.  What a beautiful card!  I held it in front of my little boy, his eyes glowing at the sight of the shiny card, and began to fill his head with David Wright propaganda.  (Hey, living in Phillies country, it's never too early to start the process!  I think he approves.) 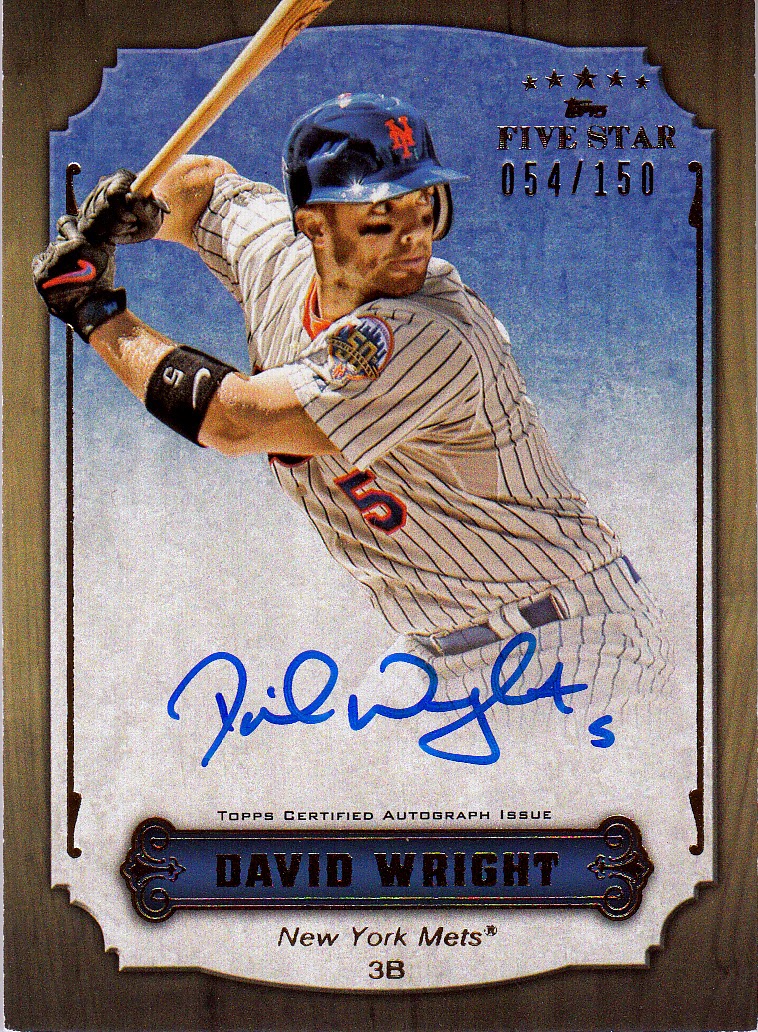 And then we've got this bad boy.  A 2013 Topps Five Star on-card auto of the New York captain.  This is the first Wright autograph in my collection, and it's a true stunner.  And, boy is this thing thick!  You could probably give somebody a concussion by dropping this card on their head from a decent height.  I might be biased, but I think David has one of the nicest sigs in the game.

Adam, I can't thank you enough for these two high-end beauties.  When he's old enough to understand the hobby, I know Gabriel will love them just as much as his old man does.