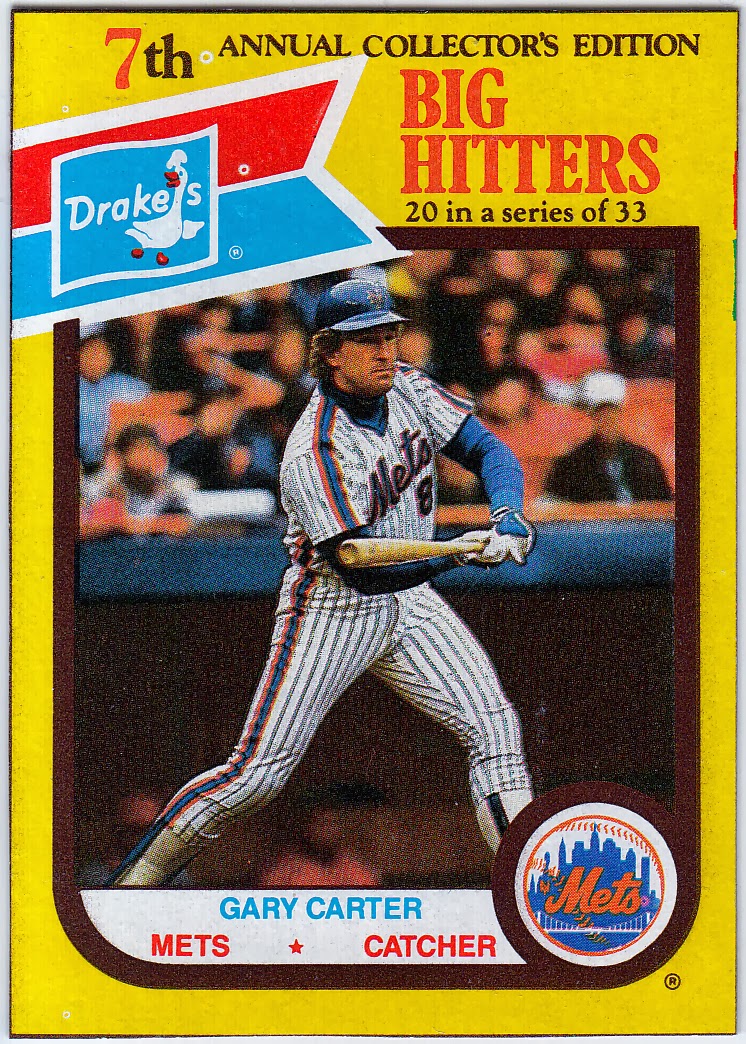 I'm a sucker for oddballs.  In the world of card collecting, I'm sure I'm not the minority in this regard.  Back when companies still did such things, there was something unexpectedly exciting about getting a free baseball card in your box of cereal or affixed to your 12-pack of Diet Tab.

Or, in this case, printed on the side of your box of Yodels or Devil Dogs.

Last week, Paul from Wrigley Wax celebrated the occasion of completing his collection of Cubs cards produced by the folks at Drake's Cakes.  The final piece was the Ryne Sandberg card from the 1987 Drake's "Big Hitters" edition.  It was part of a three-card panel that also included Gary Carter (above) and Harold Baines.

Not needing or wanting the non-Ryno cards, Paul offered them up for trade.  Luckily, I caught his post pretty early and was able to throw my hat in the ring for the Carter before anyone else.

Paul did a pretty nice job of cutting out the cards, as you can see.  And that prompted me to think about my own feeble attempts from my childhood to surgically free box panel cards from Drake's packages.

Of course, I was probably just seven or eight years old when I took scissors to box on these, but, well... 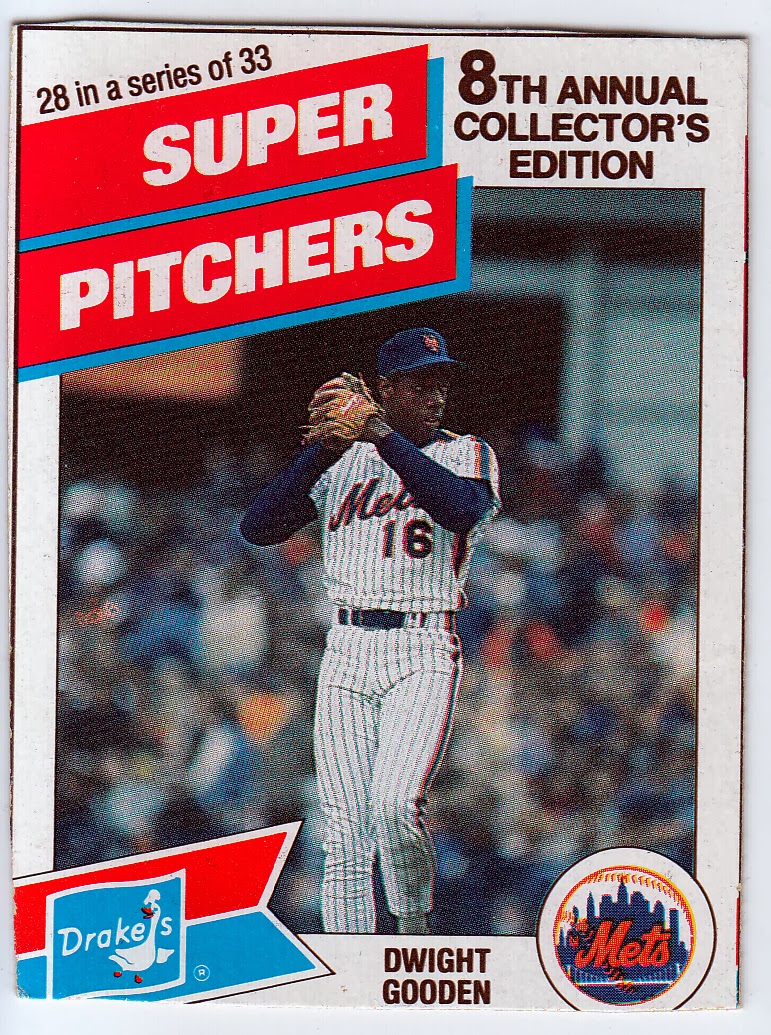 Well, actually, I'm sure my mom insisted on helping me or even doing it herself.  But I was a pretty stubborn lad from what I can recollect.

This one didn't come out any better: 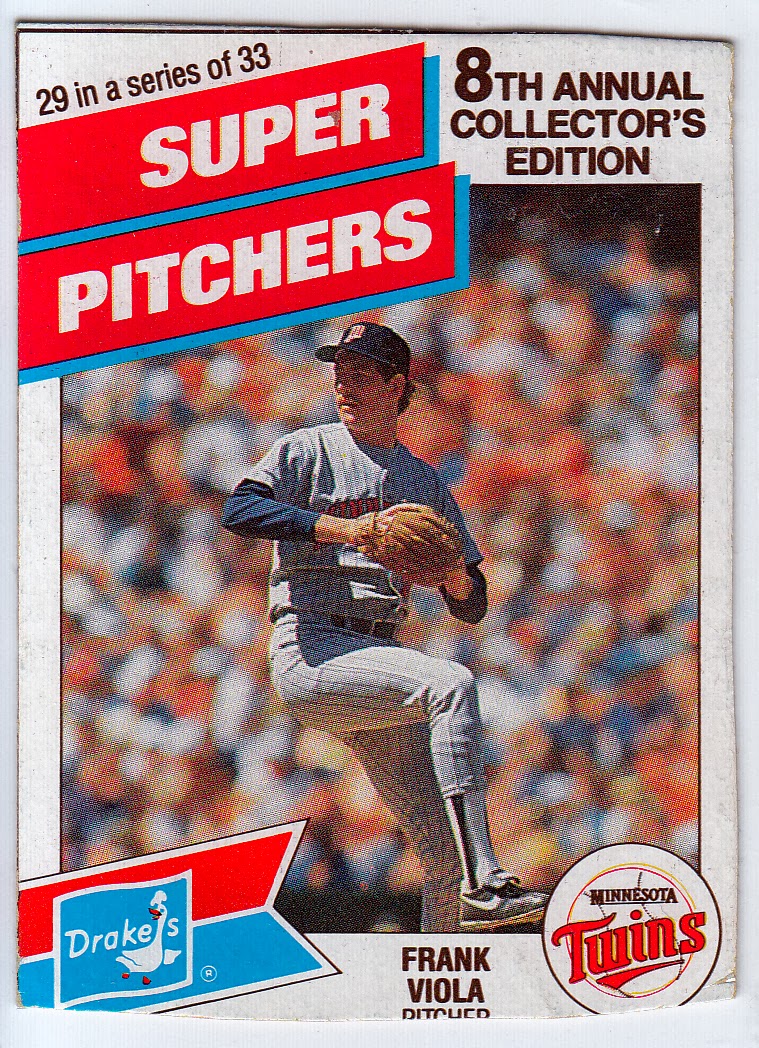 Gee whiz, did I even have my eyes open?  Oh well, I can tell by the photo that Viola is a pitcher, I don't need the card to tell me, right?

Anyhow, it's nice to have a Gary Carter Drake's card that hasn't been butchered by an impatient eight year old with safety scissors.

Thanks for bringing back some fun memories, Paul!