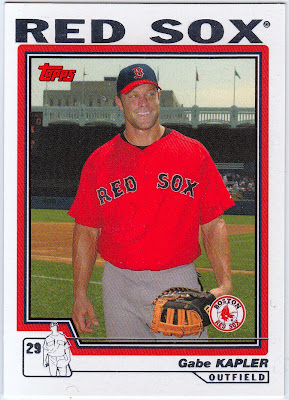 The rush of wide-ranging emotions that overtook me when I first saw his little head appear were off the chart.  No amount of preparation or conversation could have truly prepared me for that moment and the uncontrollable spasm of prideful joy that accompanied it.

And when the doctor announced the gender -- or, more accurately, when she showed me -- I went completely weak and cried like I've never cried before.  Though I woulda been indescribably happy with either sex, I guess subconsciously I always dreamed of having a little boy to share all my nerdy sports habits with, etc.

Seeing that dream become a reality utterly floored me. 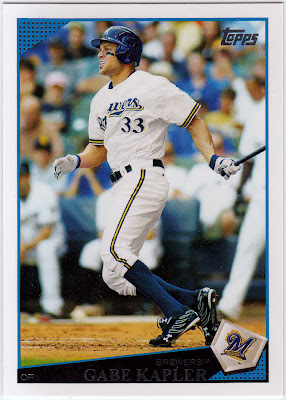 Bringing it all back to baseball cards, I found it to be a pretty cool coincidence that I have already featured a famous Gabe in one of my posts, way back in September of 2012.  And this was prior to Mrs. K and me even discussing family planning and potential baby names.

So maybe this post was something of a premonition?

Who knows, but I think one of my new hobby goals will be a "Gabe" collection, which I suppose would predominantly feature Mr. Kapler and maybe an occasional Gabe White and Gabe Gross.  FYI, according to baseball-reference.com, there are only seven Gabriels or Gabes who have ever played in the bigs.  But, mostly, I think I'll focus on Kapler.

Then again, I'm not bourgeois enough to turn my nose up at, say, a Gabe Alvarez card. 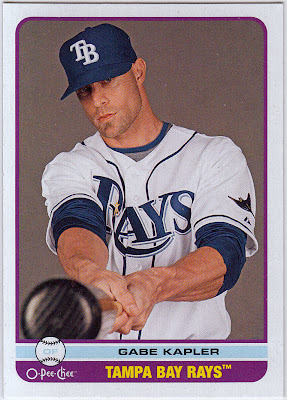 So that's the big announcement from our little family.  I figured I'd share since I've brought up the pregnancy a few times previously on the ol' blog.

I can't wait to begin my little guy with the hobby I love when the time is appropriate.  In the meantime, I'll probably sock away a pack or two of Topps baseball from each year he's on the planet and present them to him later on.

I figure that would be a cool introduction into daddy's incessant vice.