A Trade I Couldn't Refuse

As promised, here is the scoop on the other great trade package I received back on Wednesday.  This one comes by way of Tennessee from Tim, the man behind the curtain at The Home of the Toddfather blog.

I first heard about Tim's blog via a trade post that a fellow blogger posted, so I wanted to give it a look for myself. It turns out Tim is a cool character, and working out a deal with him was a real pleasure.

And the trade package he put together was absolutely tremendous.  He not only kicked me a few cards to help some of my 2012 set-building goals, but gathered a bunch of gems for my various player collections as well. Lots -- and I mean lots -- of great additions.

As always, I've chosen a few highlights from the trade package to share.  I'll begin with a simply beautiful card of future-HOFer Vlad Guerrero: 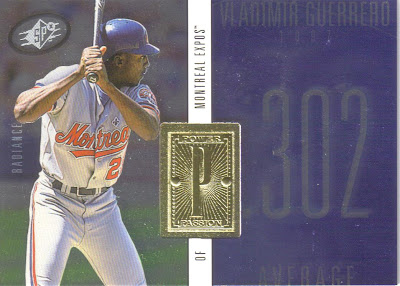 Obviously, this one is best appreciated in person, but I had to show it off anyhow.  It also happens to be numbered (3209/3500).  This is just one of the many Vlad cards that Tim included.

Next, we have a cool Jose Reyes insert: 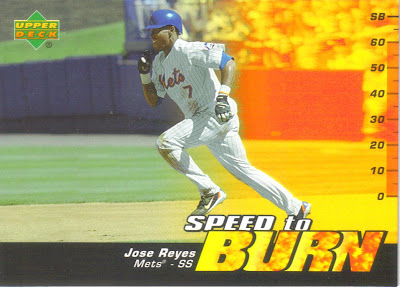 This one is from 2006 Upper Deck.  I'm partial to any cards of Jose that showcase his speed and/or baserunning abilities.  Beyond that, this card reminds me of all those cool insert set from the early '90s that I used to love.

This next card is en Espanol: 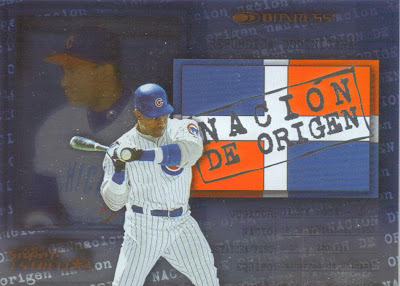 Moving along, we have an awesome David Wright entry: 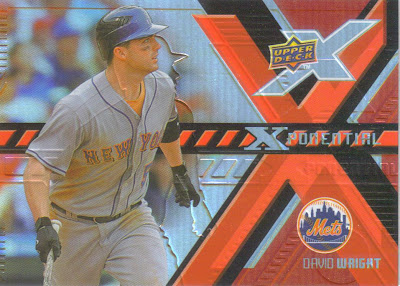 Lots of embossing on this bad boy.  Any David Wright card I receive is always a prize, but this one is on another level.  In my opinion, Upper Deck hit a home run with this "Xponential" subset from their 2008 X product.  These cards really pop when you see them in person.

And finally...  The final card I have chosen to highlight is far and away my favorite of the package.  It may not be the fanciest or most visually appealing, though I think it meets both of those standards.  However, more so than its appearance, something about this card struck me immediately when I saw it: 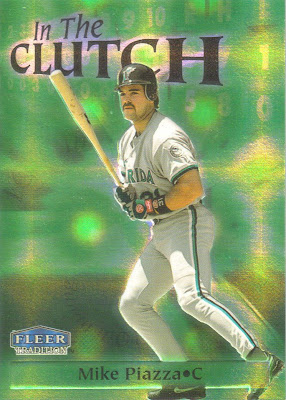 Well, what do you notice?

Exactly!  How many Piazza cards have you seen with him wearing a Florida Marlins jersey?!  By my recollection, Piazza was barely a Marlin long enough to unpack his underwear. [Ed. Note: Per Baseball-Reference, he played just five games for Florida in 1998.  No word, however, on his underwear unpacking efforts.]

I'm not sure at what point during the '98 season Fleer released their Tradition set, but they must've thought they were pretty cute including a photo of Piazza in Fish attire.  Regardless, this is a brilliant addition to my Mike Piazza collection.  I will have to be on the lookout for other Piazza Marlins cards, if they exist.

Tim, thanks very much for an outstanding trade package.  And continued success with your blog!