A Trade with Nachos Grande...and the Completion of 2012 Archives! 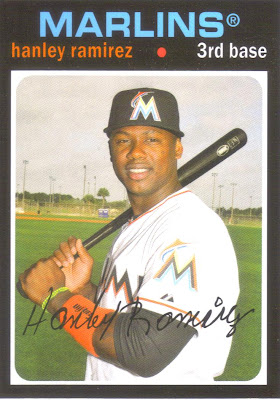 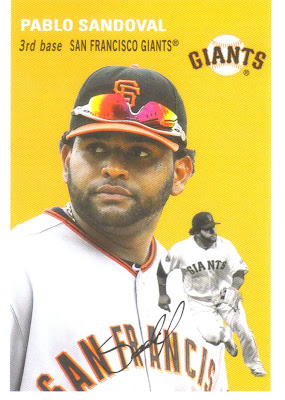 Finally, after a summer's worth of effort, my 2012 Topps Archives base set is complete!

The neat thing about this feat is that it marks the first time I've completed a set through the assistance of blog trading.  Normally -- or I guess I should say 'previously' -- completing a set meant buying boxes and packs, and then going to eBay or card shows to fill in the gaps.

But, since I've taken up this blog and, in effect, making trades with other bloggers, it's opened a whole new avenue towards finishing sets.  And I guess that was a big part of the reason I decided to start blogging in the first place.

So it was with great excitement that I busted open the trade package that I recently received from Chris of Nachos Grande fame.  He and I worked out a deal last week that netted me 15 cards towards the ol' Archives base set.  Those 15, plus the 25 I got from my trade with Charlie at Lifetime Topps Project and the handful I got from last Sunday's card show put me at my set-completion goal.

Now technically, the cards I got from last Sunday's show were the ones to complete the set, since I knew which cards Chris and Charlie were going to flip me prior to the show.  But, I'm not one to count my chickens before they hatch.  Thus, chronologically, the cards in Chris' trade package were the last of the aforementioned that I physically obtained and, therefore, the final pieces to the puzzle.

So, thanks very much, Chris!  Your trade package officially put the final stamp on the 2012 Topps Archives base set in the K household.

Now, that doesn't mean the book is completely closed on Archives, as I have oodles of short prints to track down.  But, I'm not as motivated for those as I am for, say, Heritage SPs from the last two years.  Still, it's something I'll keep working at.

At the very least, I'm thrilled to have the base set wrapped up.